How far does the polity rest on a rule of law that itself encompasses no more and no less than those conditions required for citizens to author their own laws as equals? 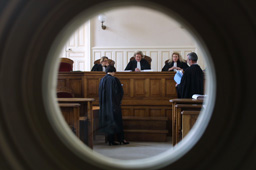 Rule of law is the ninth indicator of the EU democratic audit.

The relationship between law and democracy often appears perplexing. In a democracy, citizens must be able to see themselves as authoring their own laws as equals. Yet there would also appear to be some need for laws which can be made by judges and enshrined in constitutions against the will of day-to-day majorities of the people or their representatives.

It is thus easy to see law as in some sense autonomous of and prior to democracy, to the extent it must set limits to the operation of the latter, and uphold a deeper ‘social contract’, in which individuals can only be assumed to have rationally consented to a system as potentially coercive as majority rule on the understanding that the law can protect each person’s rights against majority will formation itself.