How far, how equally and how securely do citizens enjoy rights of free speech, association and assembly? 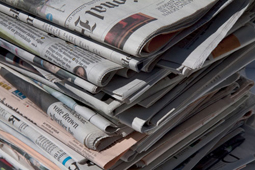 The European Union mainly depends on its member states to guarantee freedoms of speech, association and assembly. Thus in order to assess whether individuals enjoy those rights when acting as citizens of the Union – when, for example, participating in European elections or simply when expressing views on Union matters and contributing to the formation of public opinion on them – we need some measure of how well freedoms of speech, association and assembly are delivered in member states. We use Freedom House surveys as one such source, proposing the following measures: political rights and civil liberties (1.1); and freedom of the press (1.2).

A country is given a rating of 1 for political rights if it ‘enjoys a wide range of political rights, including free and fair elections’. Candidates who are elected actually rule, political parties are competitive, the opposition plays an important role and enjoys real power, and minority groups have reasonable self-government or can participate in the government through informal consensus.

A country is given a rating of 1 for civil liberties if it enjoys a wide range of civil liberties, including freedom of expression, assembly, association, education and religion. They have an established and general rule of law, allow free economic activity, and tend to strive for equality of opportunity for everyone, including women and minority groups.

From these descriptions it is obvious that the Freedom House scores for civil liberties are more directly relevant to freedoms of speech, association and assembly than its scores for political liberties. Nonetheless, Table 1.1.a. identifies those member states that have received a less than perfect score than 1 in Freedom House surveys of political rights and civil liberties since 2004.

1.2 Freedom of the press

Another obvious ingredient of freedom of speech is media freedom. Freedom House also rates freedom of the press. It gives each country a rating and a ranking out of the 196 states in the international system. The ratings are based on three components which Freedom House describes as follows:

Legal Environment: This includes ‘legal and constitutional guarantees of freedom of expression; penalties for libel and defamation; freedom of information legislation; registration requirements for outlets and journalists; and the ability of journalist groups to operate freely’.

Political Environment: This includes ‘the editorial independence of both state-owned and privately owned media; access to information and sources; official censorship and self-censorship; the vibrancy of the media and the diversity of news available within each country; the ability of both foreign and local reporters to cover the news freely and without harassment; and the intimidation of journalists by the state or other actors’.

Economic environment: This includes ‘the structure of media ownership; transparency and concentration of ownership; the costs of establishing media as well as of production and distribution; the selective withholding of advertising or subsidies by the state or other actors; the impact of bribery or corruption on content’.

Table 1.2. sets out the ratings and rankings that Freedom House attributes to freedom of the media in the member states of the European Union between 2004 and 2011. 2010 is the most recent year for which data is complete. The table demonstrates that there is a great deal of diversity between member states in media freedom. As with the civil liberties rankings in Table 1.1.a., member states that receive notably poor rankings for media freedom include established member states such as Greece and Italy, and not just new member states which have only recently undergone post-communist transitions. 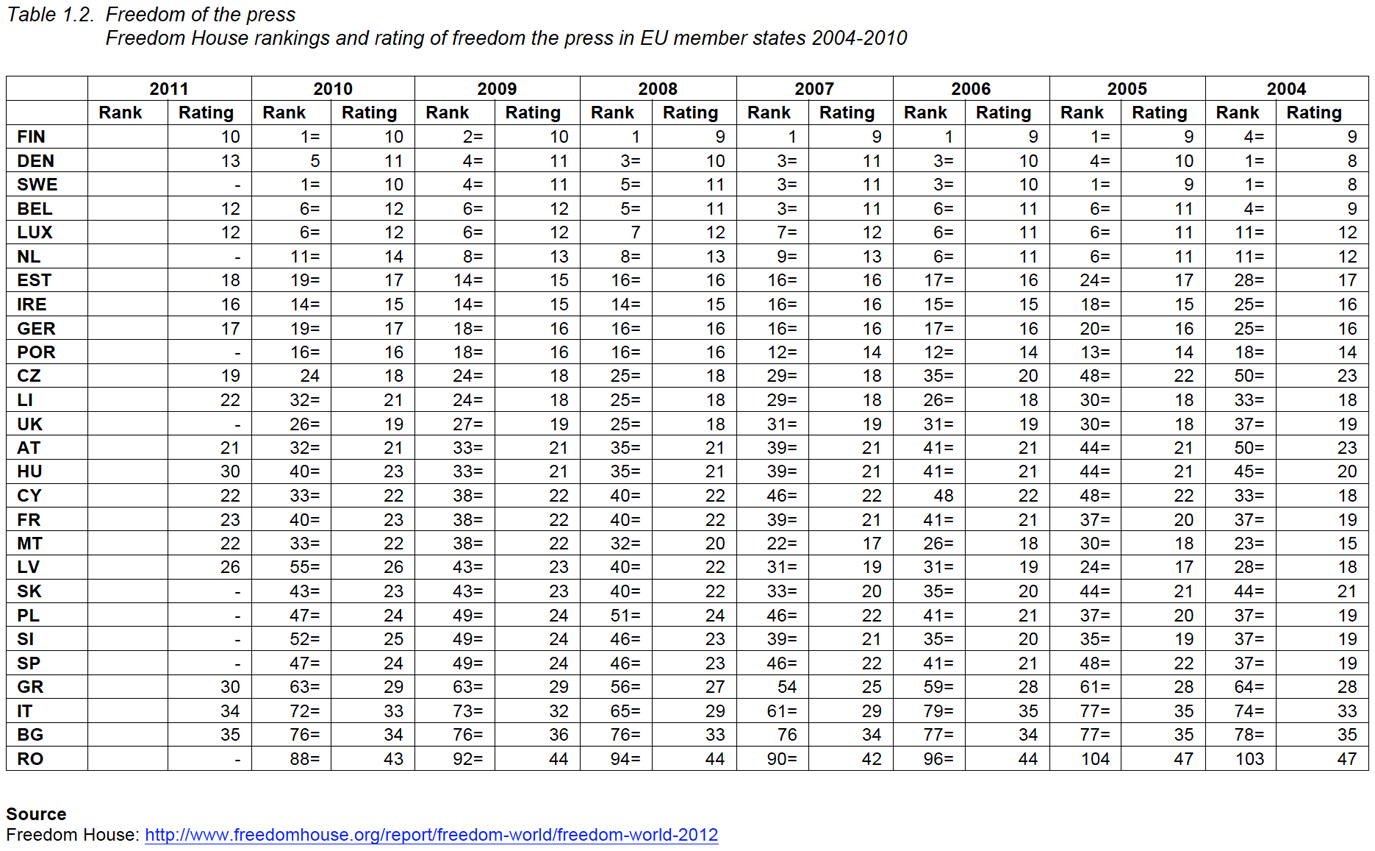