How far are the decisions of the polity deliberated within a public sphere that allows all points of view to be considered, justified and decided in relation to all others, free of inequalities in power and resources? 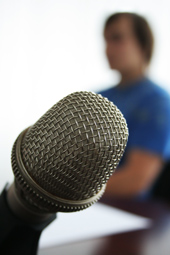 Public sphere is the eighth indicator of the EU democratic audit.

As John Dewey famously observed, voting is unlikely to be enough on its own to make democracy an acceptable form of political rule. Being outvoted by others, and being compelled, as a result, to abide by unwanted laws, is a harsh discipline that is only likely to be acceptable to those who first have an opportunity to state their point of view, and have it considered open-mindedly.

John Rawls has argued that democracy’s commitment to political equality ideally requires that decisions should be shaped by the quality of justifications reasoned out in public, and not by distributions of private power or resources. Rainer Schmalz-Bruns likewise sees deliberative rights and duties as ‘rationality assumptions’ that we cannot help but make once we understand that ‘the idea of democracy resides in a basic moral right to justification’.

Amongst relevant measures of this indicator are: (1) confidence in the media; (2) political interest and interactiveness; and (3) a comparison of the degree to which citizens discuss national and European politics.