How far and how equally do citizens enjoy civic capabilities needed for them to exercise public control over the polity? 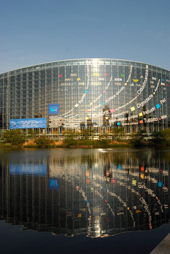 Knowledge of the EU and EU institutions is among the measures of civic capabilities.

Measures that could be relevant for this indicator are: citizens' objective knowledge of the European Union (6.1); awareness of different EU institutions (6.2); and citizens’ knowledge that their own country holds the Presidency of the Council (6.3).

It is by no means obvious how much knowledge citizens need of political systems. Political competition can help simplify matters to the point at which citizens do not need a great deal of information in order to exercise public control and choice over policies. It may, for example, be enough for citizens to know who is in government and who is in opposition if they are to have the ability to ‘throw’ one lot of rascals out and replace them with another. It may likewise be enough for citizens to have some rough idea of how different parties relate to one another along some key dimension of choice – such as ‘left versus right’ - if they are to exercise some influence over the broad direction of public policy.

Moreover, in a well-functioning system of representation, representatives acquire the information and the expertise needed to decide and deliberate on behalf of those they represent. Citizens don’t need to be experts on public matters where representatives can be relied upon to acquire expertise on their behalf. Yet, some minimum of knowledge is needed if citizens are to exercise judgement on whether their representatives are indeed representing them. In this regard, it is often argued that the complexity of the Union is likely to overwhelm citizens’ attempts to acquire knowledge of it.

Eurobarometer itself offers the following rather gloomy assessment of its own findings: ‘Given that the test is fairly simple, the fact that 42 per cent of Europeans gave at least one wrong answer out of three shows that the European population’s knowledge of the EU remains fragile and fragmented’ (Standard Eurobarometer 74, ‘Public Opinion in the European Union’, November 2010: 53).

Indeed Eurobarometer notes a further curiosity, as follows. ‘It is remarkable that the method of electing the European Parliament is much better known in the new than the old member states. The level of correct responses is 70 per cent in the 12 newest member states and only 56 per cent in EU15 countries (Standard Eurobarometer 73, ‘Public Opinion in the European Union’, vol. 1, May 2010: 199). 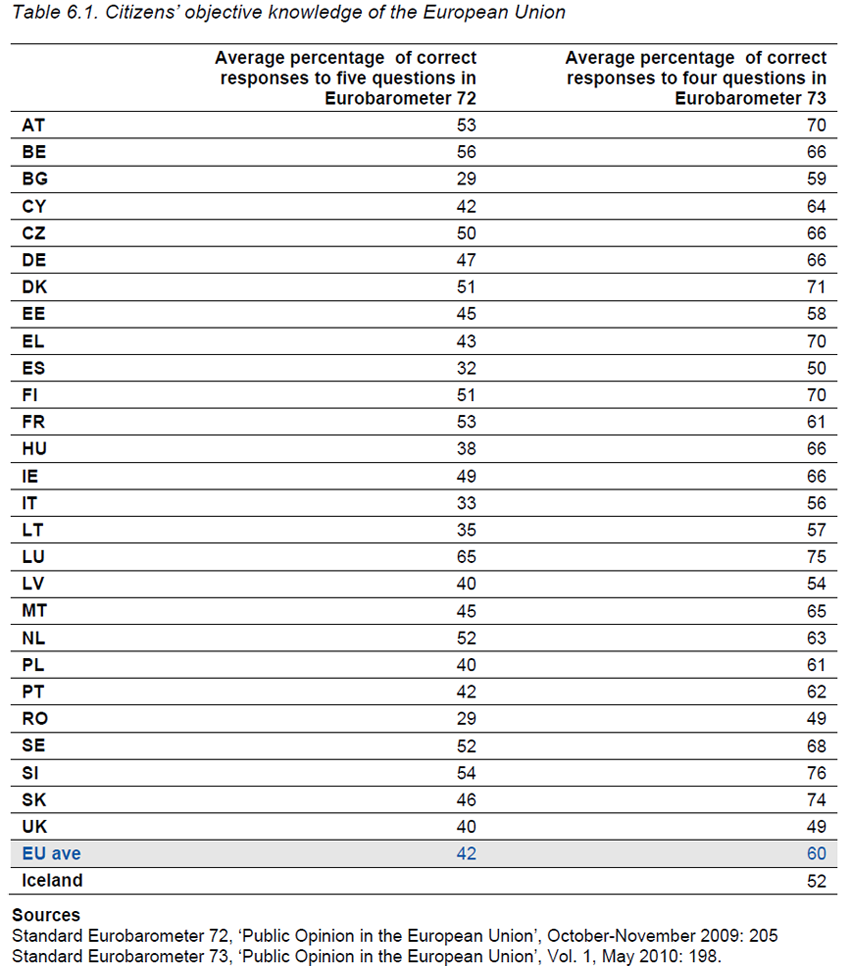 As seen, the Lisbon Treaty claims that citizens are represented twice over in European Union institutions: once through the participation of their own elected governments in the Council of Ministers; and a second time through the European Parliament, directly elected by citizens themselves. These two bodies are structured to give priority to two different forms of representation. The Council primarily provides territorial representation of member states (although each national government is also a left-right party formation). On the other hand, The European Parliament provides ideological representation of the different left-right party families that cross-cut national territorial divisions in so far as parties belonging to most of the party families are to be found in most member states.

It is important that citizens should be aware of this difference. Knowing how the EP is organised for representation – and which party formations are directly responsible for the everyday exercise of its powers – is a piece of information that might be considered useful for citizens to have when they elect the EP.

Special Eurobarometers known as ‘Parlemeters’ ask respondents: Do MEPs sit in the European Parliament according to a) their political affinities or b) their nationality? Table 6.2.a. summarises the responses to this question when it was asked in 2010. Two findings stand out:

a) Across the Union as a whole the understanding that citizens are represented in the EP by left-right party groups is relatively low. Indeed, only slightly more respondents believe that representation in the EP is structured by political affiliation (42 per cent) rather than nationality (38 per cent).
b) In some member states misunderstanding of the structure of representation in the EP is especially high. Less than a third of respondents correctly identify the EP as organised by political affiliation in Bulgaria, the Czech Republic, Italy and Greece. 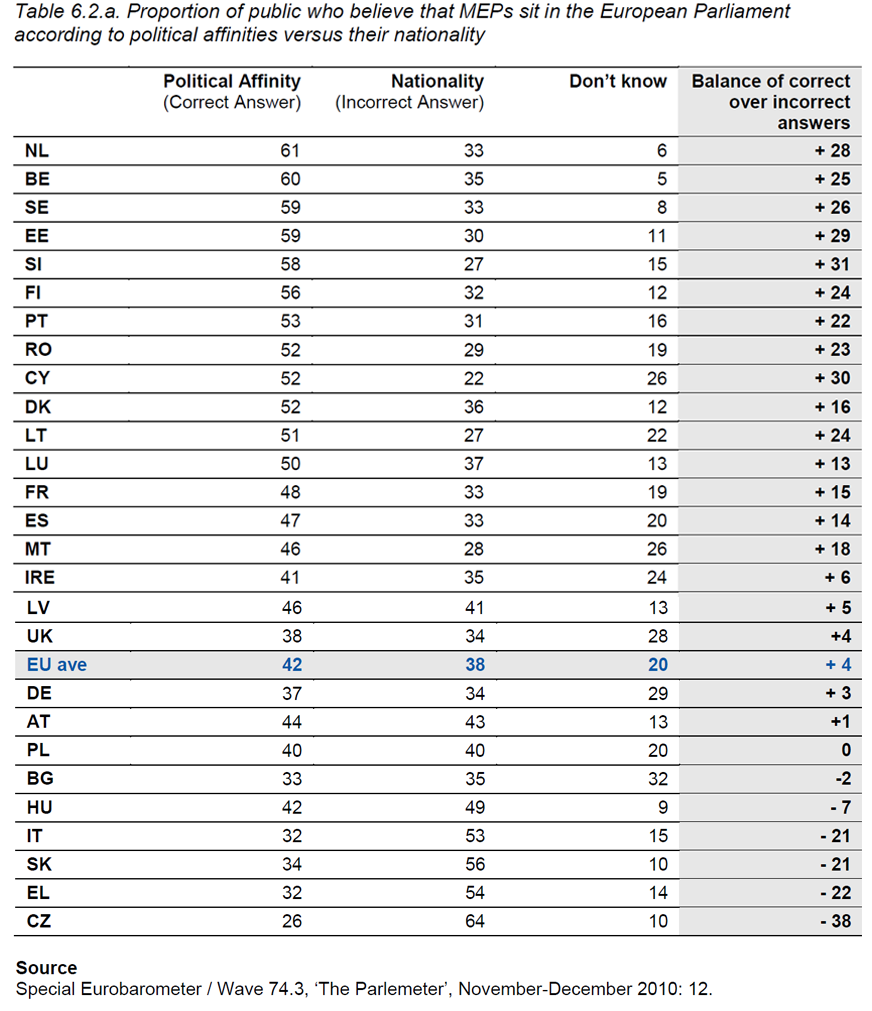 Away from the EP itself, Eurobarometer also test citizens’ awareness of the range of Union institutions by asking them whether they have heard anything recently about the Commission, Council of the European Union, European Central Bank, European Court of Justice and European Parliament.

One difficulty stands out. Although the question is hardly very demanding, significantly fewer citizens are aware of the Council than of the Commission or the European Parliament.

This finding is worrying in so far as it suggests that many citizens may have a distorted understanding of the European Union as a polity that ‘acts upon’ its member states, rather than one which usually acts with the participation of member states in its decisions to the point at which it is actually quite rare for any Union decision to be made without the unanimous agreement of all member state governments, even in instances where qualified majority voting is possible.

There is also a high level of variation across member states here. In Slovenia, 84 per cent of respondents claimed to have heard something recently about the work of the Council of Ministers when the questioned was asked in 2010. In the UK only 41 per cent gave a positive answer. Those citizens who are unaware of the extent of their own government’s participation in Union decisions through the Council, will necessarily also be unaware that one way in which they can attempt to exercise public control over EU decisions is precisely via their own national governments. 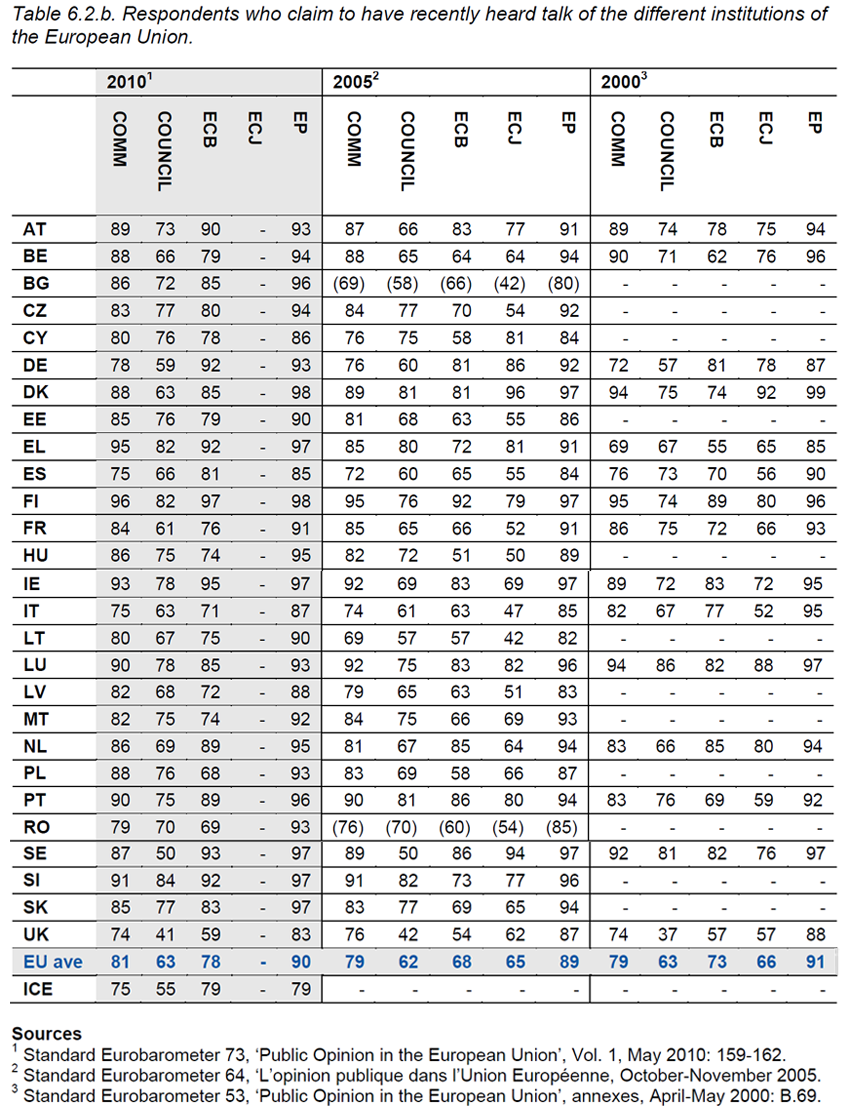 6.3 Citizens’ knowledge that their own country holds the Presidency of the Council

Another indicator of how much member state governments are prepared to advertise the extent of their participation in Union decisions to their own publics is provided by responses to a Eurobarometer question that asks the publics of the member state holding the rotating Presidency of the Council of the European Union whether they are aware of their own country’s Presidency. As shown in Table 6.3., there appears to be a significant difference between large and small member states. With the exception of Portugal, the six member states where the public was least likely to have heard something about their country’s own Presidency in recent surveys are all amongst the largest member states. 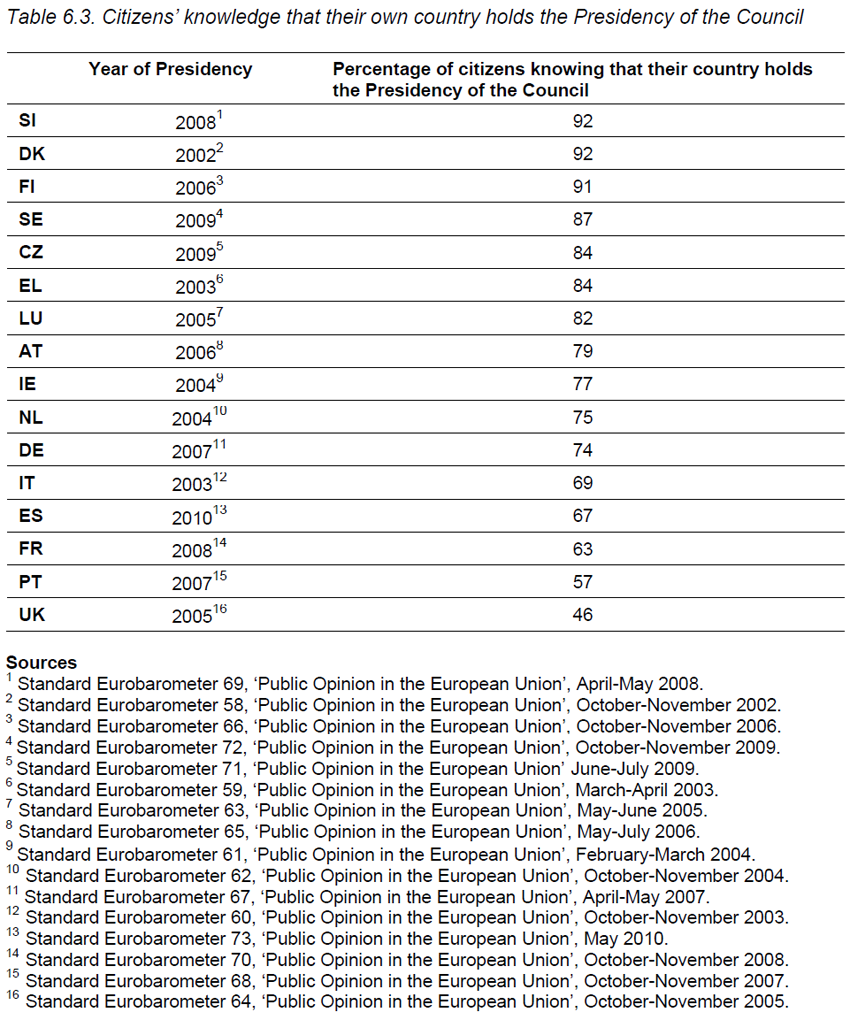