What is a conspiracy theory? 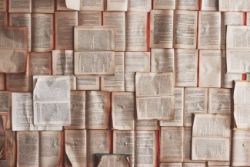 Conspiracy theories are defined in a variety of ways.[1] At the broadest level, conspiracy theories are a type of explanation that describes the actions of a group of conspirators as the most important cause of an event, a series of events, or a state of affairs. More specifically, conspiracy theories consist of the following three interconnected characteristics. First, the actions and goals of the group are nefarious, threatening or illegal. Second, the conspirators manage, because they are particularly powerful, sly, or manipulative, to control the course of events and the official narrative. Third, the group operates in secret and have initiated a cover-up to hide its work. This cover-up involves the fabrication or removal of evidence or influencing those who control the official narrative.

Because of these characteristics, conspiracy theories are particularly difficult to disprove.[2] All counterevidence or lack of evidence can be seen as results of the secrecy and cover-up. Data from conventional sources are rejected for the same reason. The media and academia are often considered to be part of the conspiracy. In practice, this entails a worldview based on unconventional sources and a widespread skepticism or contempt toward those who espouse the official narrative.

Serious scholarly interest in conspiracy theories began in the post-war period with notable contributions including Popper’s The Open Society and its Enemies (1945) and Hofstadter’s The Paranoid Style in American Politics (1964). The first known use of the term in English-language newspapers is in the mid-1800s. [3] Initially, it was not a fully developed analytical concept, however. For example, variations of the term, such as “conspiracy theories” in the plural and “conspiracy theorist”, did not appear in print until much later. [4] The term did not yet signify a way of thinking about society, but rather functioned as a description of specific individual cases. Karl Popper’s descriptions of the “conspiracy theory of society”[5] as the oversimplified and unscientific understanding of society and Richard Hofstadter’s conception of the “paranoid style”[6] as a threat to liberal democracy are probably the most influential works in the early development of conspiracy theory as an analytical concept. In these works, conspiracy theory is used to denote a broader way of thinking about society. Butter and Knight dub the standard approach to the topic in this period the “Pathologizing Paradigm”. [7] Theorists in this early phase depicted conspiratorial thinking as irrational, marginal, harmful, paranoid and pathological.

When conspiracy theories become politically charged, particularly in radical and extreme ideologies, they often form the basis of so-called subversion mythologies.[10] In this subtype of conspiracy theories, central institutions or authority figures are thought to be under the control of the conspirators. The “enemy outside” has found allies within our society, and together they conspire to undermine the social order. The goals of the proposed conspirators within subversion mythologies are broad – full control or destruction of a nation, region, or even the whole world. The conspiracy beliefs underpinning the 22 July terror attacks in Norway fit such a model. The identification of “treacherous enemies within” formed the basis of the perpetrator’s target selection. The ideas of secret traitors in positions of power within our society can also help cement a self-image among believers as “resistance fighters” fighting an evil cabal currently occupying the country. Radical rejection of the status quo, or even violence, can be legitimized if it is framed as resistance to occupation as in the name of the extreme right group the Nordic Resistance Movement.

Conspiracy theories have long been a central feature of radical and extreme groups, movements, and parties.[11] They have been essential to the worldviews in many totalitarian regimes and movements, of single actor terrorists, and in a large share of past and current radical and extreme groups. The conspiracy theories espoused by such actors are aligned with and contribute to the deepening of their enemy images. They usually describe plots of the type labeled systemic conspiracies above. Among the more wide-spread conspiracy theories of the far right are the antisemitic ZOG theory (Zionist Occupation Government), the Eurabia theory, and theories of communist control of key institutions. The ZOG theory is most prevalent among racial nationalists, for instance among those who identify as National Socialists or white supremacists. According to this theory, a Jewish elite occupies the most important positions of power globally. Their goal is to pervert society and spread evil and destruction, and they have become synonymous with the oppressive “system”. Such theories are sometimes accompanied by Holocaust denial. The Eurabia theory is more common in newer strands of far right movements, most notably so-called cultural and ethnic nationalists. According to this theory, the Muslims of the world are thought to conspire to invade Europe, destroy its culture, and subjugate its people. They are aided in these efforts by European politicians.

The connection between extreme political beliefs and conspiracy theories[12] presents something of a chicken and egg problem: Does the distrust and hostility toward the government and toward “out-groups” involved in radical political beliefs lead to conspiracy thinking, or does conspiracy-mindedness produce a generalized distrust that finds direction and meaning within radical movements? Bartlett and Miller note that conspiracy theories have a functional role within such movements.[13] They suggest that conspiracy theories contribute to further radicalization of attitudes by demonizing the enemy, dismissing those with whom they disagree as co-conspirators, and legitimizing violence as a necessary political tool in order to wake the sleeping masses).

Recent research shows that conspiracy belief is much more widespread, to extent that it may be considered a mainstream phenomenon.[14] Data from the US shows quite extensive belief in conspiracy theories. Recent studies show that about half of the American population consistently believe in at least one conspiracy theory.[15] European surveys also show significant levels of general beliefs in conspiracist ideas about the government and about “out-groups” such as Muslims and Jews.[16] Moreover, one of the key findings from conspiracy theory research is that there is such a thing as conspiracy-mindedness, or “conspiracism”: People who believe in one conspiracy theory are more likely to also believe in other, unrelated[17] – or, crucially, even contradictory – conspiracy theories.[18] This is interpreted as evidence that the content of specific conspiracy theories is less important than the fundamental belief that powerful groups are pursuing nefarious goals in secret. (The terror attack in Hanau, Germany is a case in point.[19]) To such individuals, conspiracy belief is something closer to a worldview than an explanation of events. Based on survey data from several European countries, political and economic exclusion are the most important explanatory factors for belief in conspiracy theories.[20] Voters on the far right are more likely than other people to believe in conspiracy theories. This is especially true for those theories that involve themes usually associated with the far right (e.g. immigration, EU power-grabbing, climate change hoax). There was also variation between countries. In a wealthy, high-trust society like Sweden for instance, people were much less inclined to believe conspiracy theories than in a country like Portugal. Belief in conspiracy theories is also associated with personality traits and individual circumstances, such as lack of interpersonal trust, anomie, perceived job insecurity,[21] anxiety,[22] and paranoid ideation.[23] Finally, social media constitutes platforms where conspiracy theories spread and flourish, by assembling large groups of like-minded people, circumventing the gatekeeping of traditional media, and providing a safe space for communicating generally stigmatized knowledge.[24] The QAnon conspiracy theory is an ideal example of this.

[3] McKensie-McHarg, A. (2019). Conspiracy Theory: The Nineteenth-Century Prehistory of a Twentieth-Century Concept. In J.E. Uscinski (Ed.), Conspiracy theories and the people who believe them. Oxford, UK: Oxford University Press.

[12] Note that although studies have found conspiracy theories to be prevalent among extremists of all flavors (Bartlett & Miller, 2010), they seem to be more common on the far-right than the far-left (see van Prooijen, Jan-Willem, André P.M. Krouwel, and Thomas V. Pollet. (2015).

By Jørgen Eikvar Axelsen and Terje Emberland
E-mail this page