Johannes Due Enstad and Birgitte Haanshuus 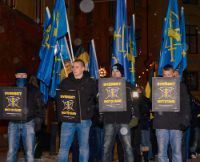 Antisemitism, put simply, is prejudice, hatred, or hostility towards Jews because they are Jews. More precisely defined, antisemitism is ‘a persisting latent structure of hostile beliefs towards Jews as a collectivity’, which can be expressed through individual attitudes, cultural imagery, and hostile actions.[1] Antisemitic beliefs tend to portray Jews as greedy and wealthy, manipulating and powerful, and cunningly intelligent.

While organized anti-Jewish hostility dates back to the ancient world, the term “antisemitism” is relatively new. The term was popularized by Wilhelm Marr, a German journalist, in the late 19th century. Himself a proponent of antisemitism, Marr used the term to denote a modern, nationalistic, and race-based hostility towards Jews, as opposed to the traditional anti-Judaism of Christian doctrines.

Most historians trace the roots of antisemitism in Western culture to the split between Judaism and Christianity during the first century CE. Early Christians’ hostility towards Jews resulted from their refusal to accept Jesus as the Messiah. Theologians fueled this hostility by developing anti-Jewish doctrines, accusing Jews of having killed Christ and being companions of the Devil.

In medieval and early modern Europe, Jews were not only a religious minority, but also an economic “middleman minority”, acting as mercantile retail-traders and moneylenders amidst largely agricultural populations. Just like other middleman minorities (such as the Chinese in Southeast Asia or Armenians in Turkey), Jews were frequently accused of being “parasites” and “exploiters”, subjected to official discrimination, stigmatization, and segregation, and sometimes viciously attacked, especially during times of societal turmoil.[2]

In 1903, an antisemitic forgery called The Protocols of the Elders of Zion appeared in Russia. The Protocols purported to be notes from secret meetings of Jewish leaders plotting to subvert Christian civilization and conquer the world. Translated into numerous languages and spread across the world, the Protocols became an important and enduring source of antisemitic ideology and conspiracy theories.[3] A few decades later, the notion of an international Jewish conspiracy became central in the propaganda of Nazi Germany (1933-1945), which made antisemitism a matter of state policy.[4] Hitler’s regime first stripped Jews of civil rights and pushed them to the margins of social and economic life. Later, during World War Two, the Nazis attempted to murder all Jews in German-occupied Europe. Around six million Jews died as a result of the Nazi genocide.

Following the defeat of Nazi Germany, open antisemitism became discredited in mainstream political life in Western countries. However, antisemitic ideology has remained salient in some groups, including, but not limited to, the extreme right.

In recent decades, extreme-right milieus have adapted antisemitism to new conditions, spreading Holocaust denial, portraying Jews as a powerful entity working to undermine the “white race” by organizing mass immigration, and engaging in antisemitic propaganda and trolling online.[5] Antisemitic symbols include the use of (((triple brackets))) or coloring someone’s picture blue to highlight the “Jewishness” of the targeted individual or institution.

Extreme right antisemitism was on display in the 2017 “Unite the Right” rally in Charlottesville, USA, where marchers chanted, ‘Jews will not replace us’. Other notable examples include the activism of groups such as the National Alliance in the US, the Nordic Resistance Movement in Scandinavia, or the National Democratic Party of Germany (NDP), all of whom openly propagate the myth of a Jewish (or “Zionist”) world conspiracy. Online message boards such as Gab, 4chan, and 8kun (previously 8chan) have also become platforms for antisemitic activism. Notably, participants on these forums include the perpetrators of the synagogue shootings in Pittsburgh, San Diego, and Halle in 2018 and 2019.[6]

Opinion surveys suggest that anti-Jewish attitudes have decreased in Western societies in recent decades.[7] In France and Germany, for instance, the share saying they view Jews unfavorably has dropped from 14 and 24 percent respectively in 1991 to six percent in 2019.[8] Antisemitic attitudes are somewhat more prevalent in Eastern Europe, while Muslim-majority countries stand out with exceptionally high levels.[9] Within Western societies, antisemitic attitudes are low overall but more widespread among certain groups, including those identifying with the extreme right of the political spectrum, those reporting a high degree of hostility towards Israel, and those identifying as Muslim.[10]

Western Europe has seen a rise in antisemitic violence since the turn of the millennium.[11] In the years 1989-1999, an average of 186 incidents were recorded each year. This number rose to 507 in the period 2000-2010 and declined slightly to 490 in the period 2011-2019.[12] In European victimization surveys, Jewish victims of antisemitic violence and harassment most frequently identify the perpetrator(s) as “someone with a Muslim-extremist view”. Other frequently mentioned categories include “someone else”, someone with an extreme-left view, and someone with an extreme-right view.[13] While most antisemitic incidents with fatal outcomes since 2000 have involved radical Islamist perpetrators, the late 2010s have seen three deadly synagogue attacks involving extreme-right perpetrators.

Besides the rise in incidents, the 2010s have seen leading politicians in Hungary, the UK, and the US accused of promoting or tolerating antisemitism.[14] Taken together, these developments have contributed to a heightened sense of concern among Jews on both sides of the Atlantic. In a 2018 survey, 38% of European Jewish respondents said they had considered emigrating because of safety concerns.[15

[11] For annual overviews of incidents, see Annual reports on worldwide antisemitism. (n.d.). Kantor Center for the Study of Contemporary European Jewry. https://en-humanities.tau.ac.il/kantor/rerearch/annual_reports. For an overview on antisemitic violence from 2005-2015, see Enstad, J. D. (2017). Antisemitic violence in Europe, 2005-2015 Exposure and perpetrators in France, UK, Germany, Sweden, Norway, Denmark and Russia. Oslo, Norway: Center for Studies of the Holocaust and Religious Minorities.

By Johannes Due Enstad and Birgitte Haanshuus
E-mail this page