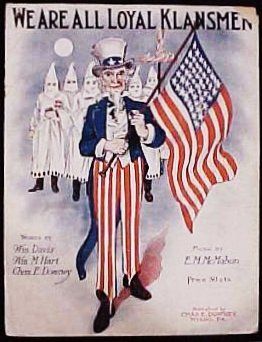 The term radicalization received much attention following the 9/11 terrorist attacks. It is often applied to explain what happens before the bomb goes off.[1] Yet, the concept of radicalization is heavily contested and as a result, a universally accepted definition is yet to be developed since radicalization can have different connotations in different contexts, and it can mean different things to different people. Nonetheless, Van den Bos defines radicalization as a process of growing willingness to pursue and/or support radical changes in society (in an undemocratic manner, if necessary) that conflict with, or could pose a threat to, democratic legal order.[2] Further, Hafez & Mullins identify three elements that may be viewed as important for an comprehensive understanding of the concept: ‘Radicalization is usually a (1) gradual “process” that entails socialization into an (2) extremist belief system that sets the stage for (3) violence even if it does not make it inevitable’.[3]

Throughout history, the term has implied various meanings. It derives from the Latin radix (or root), understood as ‘relating to or affecting the fundamental nature of something’.[4] Its meaning changed from that of forces and processes that could change the basic attributes of an entity, to ‘thorough and sweeping political change’ by the 18th century. From the end of the 19th century, it referred to those who represented or supported sections of a political party that was viewed as extreme (remote or far from what is understood as the norm in a society).[5] However, since 2005, the term “radicalization” has been related to the adoption of extreme beliefs and violent behavior.[6]

Radicalization as such does not necessarily have to result in terrorism. Therefore, some scholars oppose the need for these attitudinal and behavioral aspects.[12] In fact, many terrorists do not go through a gradual social and psychological process as often described through the concept of radicalization.[13] Radicalization tends to be a nonlinear and dynamic process.[14] Furthermore, many terrorists are not ideologically motivated. Likewise, many who adopt radical beliefs do not precede with violent behavior.[15] Bjørgo & Horgan have therefore proposed a need for a clarification and concept divide, namely, describing radicalization as the gradual social process of adopting beliefs and values about the use of violence as a political means, and engagement as the process of changes in behavior.[16]

Finally, the meaning of the term ‘radicalization’ varies from context to context. This is particularly reflected in the various definitions of radicalization proposed by a large number of scholars and security agencies, which emphasize different aspects of radicalization, as illustrated above. It is therefore important to be concrete and not apply radicalization as an absolute concept.[17] Variation can be found amongst radicalized individuals and groups. The term is often applied in reference to individuals belonging to left-wing, Islamist jihadists, and right-wing groups and ideologies.[18] The latter includes historical examples of right-wing radicalization in Nazi Germany in the 1930s and the rise of the Ku Klux Klan in the US, as well as contemporary examples like the development of Alternative for Germany and the emergence of offline and online subcultural extreme right milieus. [19]

[4] Mandel, D. R. (2009). Radicalization: What does it mean?. In T.M. Pic, A. Speckhard, & B. Jacuch (Eds.), Home-grown terrorism: Understanding and addressing the root causes of radicalisation among groups with an immigrant heritage in Europe (pp. 101-113). Amsterdam, Netherlands: IOS Press.

[14] Feddes, A.R., Mann, L. & Doosje, B. (2013) Empirical study as part of a scientific approach to finding indicators of and responses to radicalisation (SAFIRE), Report presented to the European Commission. http://www.safire-projectresults.eu/.

By Uzair Ahmed and Milan Obaidi
E-mail this page