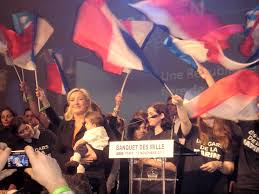 Nationalism is ‘a political principle which holds that the political and the national unit should be congruent’.[1] Attempts to accomplish this congruence have been studied from a variety of perspectives. The classic debates in studies of nationalism have been divided between primordialists and modernists. The former emphasizes the deep roots, ancient origins, and emotive power of national attachment.[2] Modernists, in contrast, conceptualize nations as primarily modern constructs shaped by capitalism, industrialization, the growth of communications and transportation networks, and the powerfully integrative and homogenizing forces of modern nation-states.[3]

Historically, the concept of nationalism has been divided between “civic” and “ethnic” nationalism. The former is linked to the ideas of the French political philosopher Jean Jacques Rousseau in the context of the French revolution. According to Rousseu’s civic nationalism, the nation is built on demos – the people – and sovereignty thus belonged to the nation and the people. Civic nationalism is grounded in inclusionary values of freedom, tolerance and equality. The German philosopher Johan Gottfried Herder (1744-1803) in contrast conceptualized nationalism as a form of “Volksgeist”, a unique spirit of an ethnic nation rooted in ther primeval characters, where the authentic “people” was linked to a particular territory, history and culture. Such ethnic nationalism emerging in Germany and that influences nation-building processes in both Eastern Europe and Scandinavia focused on belonging defined by ethnic identity, language, religion and similar traits.[4]

Historically, ethnic nationalism has been mobilized to justify ethnic cleasning, genocide and holocaust of Jews, Roma and LGBT people, as in the cases of Nazi Germany and Mussolini’s Italy.

In order to grasp what nationalism is, one must understand the concept of “the nation”. Benedict Anderson defines the nation as ‘an imagined political community – that is culturally imagined as both inherently limited and sovereign’.[5]There are four key elements to this definition. First, the nation is ‘imagined’ simply because members of any particular nation will never meet most of their fellow members, yet in the minds of each lives the image of their communion. Second, the nation is imagined as ‘limited’ because it has finite, yet sometimes elastic, boundaries, beyond which other nations lie. Third, the nation is imagined as ‘sovereign’ because the concept of the nation itself was born in an age when the Enlightenment and Revolution were destroying the legitimacy of the divinely ordained, hierarchical dynastic realm. Finally, the nation is imagined as a ‘community’ because, regardless of the actual inequality and exploitation that may prevail within each, the nation is conceived as a deep, horizontal comradeship. Imagining the political community as good and worthy of contious sacrifice necessarily entails a process of forgetting. French historian Ernest Renan has famously noted how the efforts to obtain national unity, either in the name of civic or ethnic nationalism, involve acts of violence and subsequent forgetting.[6]

The sociologist Rogers Brubaker suggests that instead of focusing on nations as static, real groups, however, we should focus on nationhood and nation-ness. In other words, the nation as a practical category and the ways it can come to structure perception, to inform thought and experience, and to organize discourse and political action.[7]  Nations are continuously re-imagined,[8] re-invented,[9] and routinely re-produced in everyday life.[10] The latter is called ‘banal nationalism’. Language, ethnicity, race, religion, culture, and history can be used to unify members of a group, but also mark boundaries against differentiated others.

The nation is always predicated on an identification of “non-nationals” and exterior threats to the nation. Hence, nationalism inevitably involves a mixture of the particular and the universal: If our nation is to be imagined in all its particularity, it must be imagined as a nation amongst other nations. There can be no “us” without a “them”. Therefore, while nationalism can be open and tolerant, there are a variety of ways in which nationalism can be closed and intolerant. The exclusionary forms of nationalism – often at the very core of far right ideology and activism – are often referred to as “nativism” or “radical nationalism”.

Racial nationalists often refer to themselves as “white nationalists” or “National Socialists”. These actors typically rally behind a racial community – conceived as Aryan or white populations – and tend to identify non-white people and Jews as the ultimate enemies of their people. Racial nationalist groups are largely rejected by the political mainstream due to their anti-democratic and often violent/militant outlook, making such groups highly marginalized and few in numbers.

Cultural nationalism promotes exclusion on cultural, rather than ethnic or racial grounds, making this form of radical nationalism more likely to accept assimilation or integration of different ethnic groups. Opposite to racial nationalists, cultural nationalists tend to be philosemitic and pro-Israel, and direct their opposition towards (Muslim) immigration and Islam, claiming that Islamic culture is incompatible with “Western” values. Having a comparatively more mainstream agenda, cultural nationalists have a broader appeal than racial nationalists. Additionally, these groups have recently embraced liberal values about women and LGBTQ rights, values they believe are threatened by Islam’s ostensible invasion of Europe.

The different types of radical nationalism are represented by a variety of different organizations across Western countries, but cultural nationalism is arguably more widespread than ethnic and racial nationalism. Notable racial nationalist organizations and networks include the Nordic Resistance Movement (DNM) in Scandinavia, the Ku Klux Klan (KKK) in the US, National Action in the UK, and the transnational Atomwaffen Division. Ethnic nationalism manifests itself in the so-called alt-right and Identitarian movements, which are typically committed to propaganda and metapolitical activism to shape ideas and influence public discourse. In the last two decades – particularly after the 9/11 attacks – cultural nationalist parties and movements have gained strong footholds across Europe and North America. Notable parties include Alternative for Germany, National Rally in France, Party for Freedom in the Netherlands, the Sweden Democrats, and the Danish People’s Party. Prominent movements include PEGIDA in Germany, the English Defence League, and various “Stop Islamisation” networks in both Europe and the US.

[4] Ahmed, A. (2018, November 29). Herder believed that a natural, God-sanctioned state was one with a single nationality and a single Volk. Albilad. http://www.albiladdailyeng.com/herder-father-nationalism-part-i/.

By Christopher R. Fardan and Cathrine Thorleifsson
E-mail this page