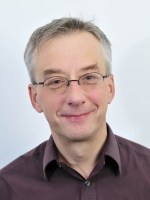 Christopher Lord’s main fields of academic interest include the study of democracy, legitimacy and the European Union.

He has done considerable research on questions of legitimacy, democracy and the European Union, and has published extensively on the topic. He has also worked on topics such as the history of British relations to the European Communities, EU foreign policy, political economy of monetary union and political parties in the EU.

Christopher Lord is the coordinator for "The Post-Crisis Legitimacy of the European Union" (PLATO), an Innovative Training Network (ITN) that brings together 15 PhD researchers, nine university partners and eleven training partners in a major new project aimed at rethinking theory of legitimation crisis. The project is financed by Horizon 2020 (Marie Skłodowska-Curie Action).

Furthermore, Lord is leader of the work package “Economic development as segmentation?” (until December 2018) of the five-year long EuroDiv project. EuroDiv is financed by the Research Council of Norway’s research initiative ‘Europe in Transition’ (EUROPA). The project studies the crisis and analyses the sustainability and democratic legitimacy of ongoing transformations in Europe. By distinguishing segmentation from the more widely used conception of differentiated integration, integration and disintegration is analysed simultaneously in order to better understand the present crisis developments.

He participated in the Norwegian Research Council-funded project EuroTrans - The Transformation and Sustainability of the European Political Order.