The Politics of European and American Single-Market Governance (SINGLEMARKETS)

SINGLEMARKETS compares political attitudes about internal-market governance in the EU and the US. 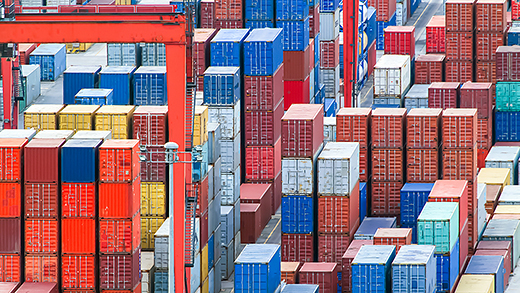 SINGLEMARKETS offers a first-of-its-kind comparison of political attitudes about internal-market governance in the European Union and the United States. Remarkably little research compares the contemporary politics of the world’s two largest single markets. This neglect relates to an ill-explored presumption—widespread in scholarship and political discourse—that they rest on similar principles, depicting the EU’s 'Single Market project' (SMP) as an 'incomplete' imitation of a barrier-free US market.

This common wisdom is deeply misleading. European countries already face much stronger requirements to accept out-of-state goods, service providers, workers, and financial firms than do US states. US interstate trade and mobility remain higher than in Europe, but these social flows go on despite interstate barriers in standards, licensing, discriminatory contracts and aid, social regulation, and more—not because the US ever undertook a barrier-reducing regulatory project like the SMP.

Today, then, EU and US regulation appear to institutionalize quite different choices about the political trade-offs of single-market governance: political-economic trade-offs about uniform rules versus regulatory experimentation and competition, democratic trade-offs between rights to mobility and openness versus citizens’ attachments to autonomy or border control, and federal trade-offs between respect for diverse identities versus values of unity.

SINGLEMARKETS will take the first major steps to investigate the politics behind these major political-economic outcomes, asking:

Who endorses or opposes the choices embedded in the US and EU regimes for internal market openness? Why, and so what? SINGLEMARKETS will generate comparable data about attitudes of citizens, business, and officials in surveys and interviews; test a wide range of competing theories to explain responses; and engage observed attitudes with normative debates about political economy, democracy, and federalism.

SINGLEMARKETS’ primary objective is to understand support and opposition among citizens, business, and public officials for central rules regarding internal-market openness in Europe and the United States. SINGLEMARKETS seeks to

SINGLEMARKETS is funded by the Research Council of Norway.

Funded by the Research Council of Norway