The world with viruses: raising questions about globalisation and income

“Once the pandemic has passed, we are likely to be facing a discussion about our approach to the international markets, and if our income should be linked so closely to the businesses we work for”, says Kalle Moene – a professor of social economics who has been investigating the tensions between the Norwegian economic equality model and the international economy for several years. 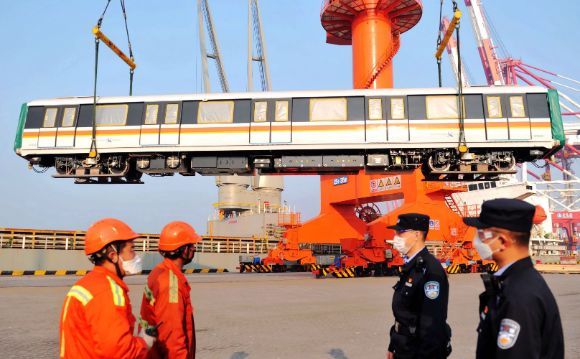 The stock market is crashing. Oil prices are plunging. The Norwegian Krone is at an all time low. Employees have been laid off in drives, and large companies are on the brink of bankruptcy. The economic aspects of the coronavirus crisis are complex and partly initiated by the government’s decision to shut down many of the country’s businesses.

“What will the economy coming to an abrupt halt in this way, entail exactly?”

“First of all, we will observe that back and forth is not the same journey. We are going to encounter several major bottlenecks when the time comes to attempt to restore the Norwegian and global economy to their former standards. Downscaling happens quickly, but getting the economy back on its feet again will prove more difficult, and we have to avoid experiencing all the potential bottlenecks at the same time. Demand, profitability, resource access and liquidity. This will be a delicate balancing act.

It is not only the average conditions that will be crucial, but rather the details in the many dependency links on both a local, national and international scale.

We are therefore at great risk of a lengthy economic crisis after the acute virus-related problems are over," says Kalle Moene.

Far worse for other countries

As a professor at the University of Oslo’s Department of Economics he has conducted extensive research on the Nordic Model and comparable policies in rich and poor countries. Moene has led the Centre for the Study of Equality, Social Organization and Performance (ESOP) for many years, where he has investigated how small and open economies such as the Norwegian one perform in a globalised world.

“Despite current events, Norway is in a very good position. The consequences of the coronavirus will be far worse for other countries.

One thing is that the Norwegian health measures would not work in many other places of the world, where people live much closer to each other and do not have access to clean water or what we would call normal health care services. Another reason is that the global markets behave like Dominoes, and the coronavirus could have dramatic implications for the potential growth of several developing countries such as India, he says.

One reason why Norway has low levels of social inequality and extensive cooperation between business and working life is that the economy is constantly exposed to competitive pressure from abroad.

“Much of the research at ESOP shows that without the international pressure, the Norwegian model of equality would have been difficult to achieve. Globalisation has contributed to low levels of social inequality and large welfare states. No modern country can be independent of the international markets. It’s a matter of how the system of production works. Self-sufficiency is unthinkable. However, once the pandemic passes, many will probably call for a discussion on whether we should approach the international markets in a different way”, says Moene.

The real danger of globalisation is more a lack of evenly distributed supply chains than a lack of self-sufficiency.

“We should perhaps diversify the systems for subcontractors and be less dependent on individual countries, such as China. Diversifying the supply chains might be more costly, but all effective safeguards come at a cost.

After the coronavirus hit Norway, the authorities have implemented a number of economic measures to mitigate the adverse effects on both the trade and industry sector and people’s personal economy. On Monday 16th of March, the government and Parliament introduced the first comprehensive emergency package. Moene thinks many of the proposals are good.

“We now see that the political parties are putting politics aside in order to help facilitate effective solutions”, he says.

However, according to Moene, some of the suggestions are somewhat complicated and cumbersome to put into practice. As an alternative, and before the emergency package was announced, he and former Schibsted CEO Sverre Munck suggested a direct cash payment, for example 10 000 NOK, directly into the account of all Norwegian citizens.

“We could think of such a policy as partly a basic income for all and partly a deferral of the advanced payment of tax. When taxes for 2020 are calculated, there will be a few months where you’ve paid less tax. At the end of the tax year, some will then owe more tax at the end of the year, while others – those with falling income – will have received a real contribution in line with the new regulations that form part of the Parliament’s emergency package. It would of course also be possible for the individual to decline this temporary basic income if they have a safe job with a steady income”, Moene points out.

According to Munck and Moene, a policy like this would be of help to everyone and reach them quickly, including single business owners, freelancers, artists, part-time students and others – as a cash advance on the interventions in the emergency package.

– In general, I think the corona crisis will revive the debate about whether everyone should receive a basic income as a permanent measure.

A basic income for all would stabilise the economy for both the individual and for society at large. We are dependent on each other, and we should therefore have an income system which reflects this dependency, says Moene.

“In the same way that we should perhaps diversify international supply to a broader network of clients and suppliers, we should perhaps also distribute incomes more broadly than to through individual businesses. This could kill two birds with one stone, resulting in increased stabilisation and security, which would in turn provide increased safety and flexibility.

Consequences of the coronavirus

No one knows how long the crisis will last, but the world will have to return to normal sooner or later. The question is whether the new normal will resemble the old. The longer the crisis lasts, the greater the degree of change will be, Moene believes.

“The corona virus forces us to try new things. The restrictions make us travel less, change our everyday lives, and we meet in other ways – over the internet, with video conferencing et cetera.

Many of us travel a lot because the others we are meeting with also travel a lot. Developing new habits can result in us moving away from this addiction to travelling. Similarly, teaching at the university is becoming increasingly digitised over the course of this crisis – a practice that might well continued to some degree eve after the crisis has passed”, he says.

Professor Moene maintains that the coronavirus could provide a political room for action. This pandemic represents an enormous shock which may have lasting consequences as everyone is beginning to make their own small adjustments in the wake of this shock. And adjustments will be made to the adjustments from there.

“This crisis also shows us the potential for the things we could achieve together, as long as we agree on them”.

This experience can be applied to other contexts, such as the changes we need to make to avoid global warming and other major environmental crises”, says Moene.

“The government can take this opportunity to accelerate the green shift. When Norwegian trade and industry is picking up pace again, hopefully sometime in the autumn, we can set new requirements for things like green technology and green investments. In that sense, something good could come out of this. Let us hope that turns out to be the case, as the problems we are currently facing are very significant to a lot of people."