Assessing the causes and consequences of far-right mobilization, including political parties and social movements in Europe.

The far right is an increasingly relevant phenomenon in Europe. This includes both far right parties, which mostly engage in the electoral politics, and far right movements, which are mostly concerned with the protest arena.

Far-right parties such as Front National in France, The Austrian Freedom Party and the Sweden Democrats have become significant political forces at the local, regional, national and European level. In many countries, they gain between 15 and 30 per cent of the popular votes and they have government as junior partners in coalitions led by mainstream right. Only in a few countries do they still struggle to gain electoral success and political influence.

Simultaneously, we have witnessed the emergence of relatively successful far-right street movements such as Pegida in Germany and English Defense League, transnational anti-Islam networks online and more intellectual-activist groups such as the Identitarian movement.

To be sure, these movements are often less institutionalized compared to far right parties, yet they may still play an important political role in terms of agenda-setting and ideological diffusion. Moreover, in some cases, far-right movements or activist within these movements are also involved in violent actions and processes of cumulative extremism.

Scholars at C-REX analyze parties and movements in several countries from a variety of different perspectives using both qualitative and quantitative methods. 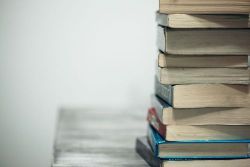