One of the defining characteristics of extremism in general and right-wing extremism in particular is that it justifies the use of violence – now or in the future.

Right-wing extremist movements tend to point out two main categories of enemies toward whom violence, threats and harassment may be justified: the external enemy (e.g. Jews, Islam/Muslims, Communism), and the internal enemy (e.g. national or racial “traitors”, political opponents, the Establishment, multiculturalists, or the mainstream media). Sometimes such ideas materializes into actual violent attacks but harassment, threats and hate speech is far more common.

Hate crime is a concept that has been included in the penal code in many countries but often using rather different definitions, making comparison difficult. Generally, it is understood as crimes motivated by hatred or negative opinions against certain categories of people.

Right-wing terrorism and violence in Western Europe: the RTV dataset 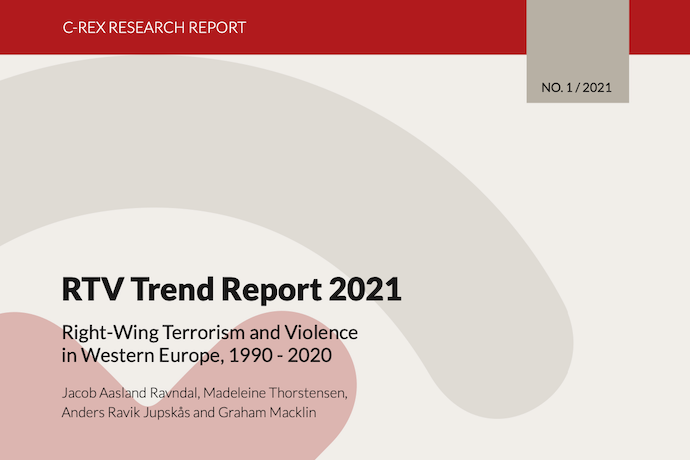 The RTV dataset documents right-wing terrorism and violence in Western Europe since 1990. Each event has been coded on a range of variables, including time and location, perpetrator and victim characteristics, organizational affiliations, weapon types, and number of casualties.