The Norwegian Constitution in a Changing European Context (NORCONE) (completed)

Some claim that in today’s Europe the constitutional-democratic character and legitimacy of the EU’s Member States can no longer be established without taking the effects of the EU properly into account. If so, does this also apply to a closely associated non-member such as Norway? And, what are the implications for the ability of Norwegian citizens to govern themselves through law and politics? 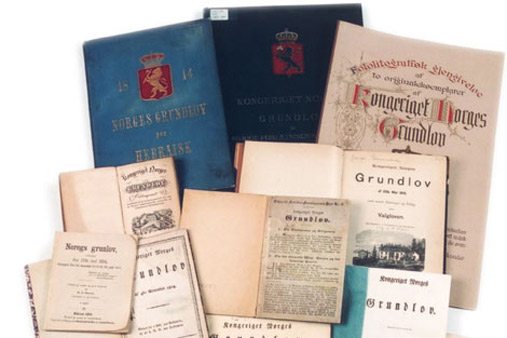 Constitutions always evolve in their international contexts. There is no such thing as constitutionalism in one state. This was clearly the case in 1814, and no less so today. Legal developments beyond the nation state are profound; in Europe especially as a consequence of the European Union. This is an entity that many analysts and decision-makers understand as a constitutional order.

Formally speaking, Norway is not a member of the EU, but is nevertheless very closely affiliated with it, first and foremost through the European Economic Area (EEA) Agreement, but also through Schengen, and a range of other agreements.

The NORCONE project examines how Norway’s constitutional development is tied up with and affected by the EU. The project lasts for two years and ends in 2013.

The main purpose of this project is to establish the nature of the EU’s constitutional developments and the constitutional implications for Norway that stem from its relationship with the EU. Are Norwegian citizens able to govern themselves autonomously through politics and law within the new European context?

This project takes as its main point of departure the challenges and opportunities for democracy in international society. International developments raise the question of the relationship between constitution and sovereignty. It challenges the idea of national sovereignty safeguarding constitutional rule, and thus the protection of the citizens’ rights and interests, which in turn enables and justifies democracy.

In the last decades, there has been a significant development of systems of rights and law enforcement beyond the nation-state. Human rights are institutionalized in international courts, in tribunals, and increasingly also in politico-judicial bodies over and above the state, with resources to enforce norm compliance.

These developments, it is widely argued, have first delimited, and later redefined, the principle of state sovereignty. In Europe these developments have been particularly strong due to the existence of the European Union (EU), an organisation capable of rights enforcement.  Our focus is on the implications of the European integration process on Norwegian constitutional democracy. This project addresses the broader process of juridification, and the role and status of the Norwegian Constitution and the implications for democracy.

In Europe, the EU is the supranational hub of a broader trans-national system that has contributed to domesticate international relations among the states through structuring interaction among them, and through submitting them to a structure wherein they have rescinded sovereignty. Insofar as this reading of the EU is correct, the effects on Norway might be dramatic, as Norway is related to the EU through a comprehensive set of agreements.

NORCONE is funded by the Norwegian Research Council.

For updates on news and events in the NORCONE project please see our Norwegian pages.