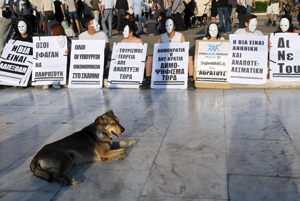 In a forthcoming book I explore the EU's normativity. Reconstructing the integration process with a view to the Eurozone crisis, I provide insight into the conditions for integration and the nature of the EU.

The book offers a novel account of what has made European integration possible based on a pragmatist approach. The force of reasons in legally organized orders constitutes the core component of this approach. I identify the main reasons for European integration as imperatives – as normative musts. The book explains why further integration has become a moral duty and why there is an expectation that the EU should be democratic.

A novel model of the EU as a non-state government premised on a set of democratic innovations is suggested. This model, which has a cosmopolitan underpinning, is in line with changes in international relations brought about by the integration process; the conditioning of sovereignty upon the respect of democracy and human rights.

The book, which will appear in the Palgrave Pivot series, as well as in German with Verlag Karl Alber, is composed of the following six chapters.

The musts of European integration

The European Union has ended up as a polity in its own right and one with democratic credentials. What made such an integrationist move possible? Moreover, why do the member states find themselves entangled in a situation of shared sovereignty and collectivised risks? I reconstruct the integration process from a distinct theoretical perspective premised on the assumed force of reasons. Some reasons take the form of musts and are inescapable in order to give a full account of the integration process. Values like peace, democracy, impartiality and dignity are among the musts of the European integration process. Despite their indeterminate character, they have obtained a quasi-empirical status as requirements on actors and institutions. The normativity of the EU underscores non-domination and a post-humiliating Europe, which todays’ Eurozone crisis threatens.

I discuss the musts of integration first with reference to the shortcomings of dominant perspectives on European integration. How to explain the surrendering of sovereignty? I then set out a pragmatist approach of reflexive integration. The aim is to see if one can account for European integration without presupposing a demos and hard power. When interdependent actors have to reach a common decision and there is no monopoly of power, deliberation comes to the fore as a must of action coordination. In deliberation however norms of justice are vital for getting to a non-coercive agreement. I expand on the concept of justice as impartiality, institutionalised as non-discrimination and free movement clauses in the EU, in accounting for agreement and integrationist moves.

In line with the pragmatist approach I suggest the basic language codes of the democratic Rechtsstaat as another set of musts for European integration. Democracy, the rule of law, and human rights, with their wider corollaries of the separation of powers, responsible government, and elections, are the discursive codes of political institutions that stem from the common constitutional traditions of the EU member states. They are deeply embedded in the pan-European, Western political culture as means for sorting out common affairs. These embedded codes shed light on the puzzle that even though post-national democracy is contested, European parliamentary democracy has come to be the EU’s main justificatory principle. However, the reform process is incomplete and democratically deficient. The EU is not a parliamentary democracy.

I discuss four alternatives for making this order democratic. The standard solution is for the EU to develop into a federal European state. However, the EU has exceeded beyond an interstate arrangement at the same time it is constrained from becoming a federal state. The two intergovernmental solutions, delegated democracy and audit democracy, would both entail rolling back integration. This would come with serious losses for the member states, for their ability to solve common problems. It would also increase arbitrary dominance - rule without justification - in Europe. Transnationalists and cosmopolitans advocate a fourth alternative. They challenge state-based solutions by disassociating democracy from its putative nation-state foundation. However, I argue, structures of dominance cannot be seized by network governance. Strong institutions are needed to deter dominance.

In order to solve the problems of European democracy, I set out a new model of the multilevel constellation that makes up the EU. This model defines the EU as a regional subset of a cosmopolitan order. Taking issue with Habermas’ proposal of a federation of nation states, I conceive of the EU as a regional cosmopolitan entity. As a non-state, quasi federation, it can draw on democratic innovations brought about by the European integration process. Innovations are seen in several new arrangements: constitutional fusion; shared sovereignty; a state-less government; parliamentary interweaving; and a layered public sphere. Taken together these innovations constitute some of the functional equivalents to state-based democracy. The defining characteristic of this order is not sovereignty and self-determination but co-membership and co-determination.

Fraternité – the missing must of integration

In the conclusion, I deal with the present eurozone crisis in light of the missing link of Europe’s’ normativity; solidarity. If one compares with the French revolution’s famous template of equality, freedom, and fraternity or solidarity (as we would say today), the latter is largely lacking. Moreover, European citizens are humiliated through the manner in which European institutions treat their citizens in handling the Eurozone crisis. Social and political exclusion and technocratic rule contradict the normative thrust of the European integration process. Mending the crisis has however become a matter of justice because some are profiting and some are suffering from the same economic regime. European solidarity is therefore not beyond the demand of duty. There are reasons for further integration.