The Research Unit of Neuropsychopathology (RUN) aims to study the origin and changes of neurocognitive deficits and to understand predictors of functioning in severe mental illness. 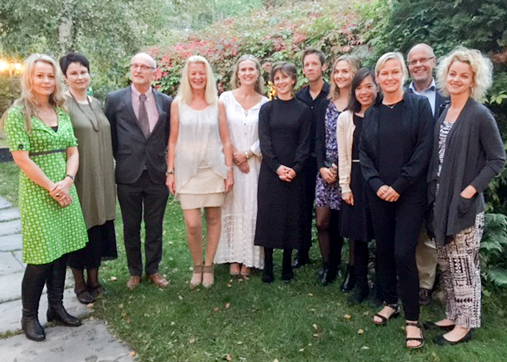 Most of the RUN projects rely heavily on the MATRICS Consensus Cognitive Battery (MCCB) for assessment of cognitive function. This battery consists of neuropsychological tests selected with particular emphasis on their reliability and validity concerning assessment of cognitive function in severe mental illness, and has rapidly been established as “the gold standard” for cognitive assessment in this patient group. RUN has until recently been the only research group currently licensed to use the Norwegian MCCB.

The projects of RUN are financed by the University of Oslo, the Health South-East Regional Hospital Trust (Helse Sør-Øst), Extrastiftelsen, Vestre Viken Hospital Trust, Innlandet Hospital Trust and the Norwegian Research Council. Currently, the members of RUN are conducting the following studies. In addition to the studies listed below, two intervention studies targeting cognitive and social cognitive deficits, respectively, are also part of the RUN research initiative.

Regionally, RUN collaborates with the Faculty of Medicine, University of Oslo, and Oslo University Hospital on the NORMENT project of psychosis. In addition the Norwegian Institute of Public Health is a collaborating institution on the Maternal infection in schizophrenia study.