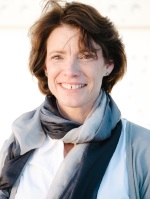 Karen O'Brien’s research focuses on climate change impacts, vulnerability, and adaptation including how climate change interacts with globalization processes and the implications for human security. She is interested in how transdisciplinary and integral approaches to global change research can contribute to a better understanding of how societies both create and respond to change, and particularly the role of beliefs, values and worldviews in transformations to sustainability. She is also interested in the potential implications of quantum social theory for climate change responses. She has participated in four IPCC reports and is on the Science Committee for Future Earth, a 10-year global change research initiative. She is also the co-founder of cCHANGE.no, a website that provides perspectives on transformation in a changing climate. Her current research projects include "Voices of the Future: Values and visions of Norwegian Youth on Responses to Climate Change and CLIMATE&BELIEFS: Exploring the relationship between belief systems and climate change adaptation.

Paris Conference on Our Common Future in a Changing Climate

An integral approach to the creation of a sustainable future

A Levevei talk with Karen on how our values and worldviews create barriers and oppurtunitues in relation to how we respond and adapt to climate change, and how working with our inner dimension is both challenging and necessary if we want to create a sustainable future.

Karen O'Brien held the WALTER ORR ROBERTS PUBLIC LECTURE on the theme "Changing the script on climate change: Transformative views on humanity's role" 22 MAY 2012. You can listen to the lecture online on the Aspen Global Change Institute website