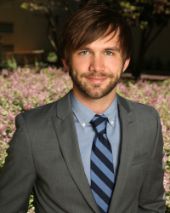 More than two million U.S. households face eviction every year. Influential work in sociology has proposed the hypothesis that eviction is a cause, and not merely a consequence, of poverty. This paper uses the near-universe of eviction court cases in Cook County, IL for 2000-2016, linked to credit bureau and payday loans data, to provide evidence on the link between eviction and adverse economic outcomes. We first provide new descriptive evidence, showing that there is significant strain and a dramatic increase in demand for credit in the run-up to eviction court, for both evicted and non-evicted tenants. Next, we estimate the causal effect of eviction on financial strain, and on household moves and neighborhood quality, leveraging the random assignment of cases to judges in eviction court for identification. Overall the effects are small relative to the financial strain experienced by tenants in the run-up to the eviction filing; however, we do find that eviction has a causal impact on consumption that persists for several years.