Valerie A. Ramey, UC San Diego: What Have We Learned from the Renaissance in Fiscal Research?

Department seminar. Valerie A. Ramey is a Professor of Economics at UC San Diego. She will present a paper entitled "What Have We Learned from the Renaissance in Fiscal Research?". 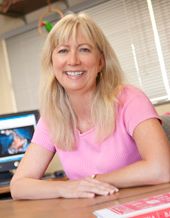 When the financial crisis hit ten years ago and interest rates fell to their lower bound, policymakers around the world turned to fiscal stimulus packages in order to prevent their economies from freefalling into another Great Depression. While trying to predict the effects of the stimulus, policymakers and even most academics were surprised to learn that not only was there no consensus on the size of the effects of fiscal policy but there had not even been much research on the topic since the 1960s. This situation changed quickly as armies of researchers across many countries turned their attention to this important, but previously neglected, topic. In 2011, I published a short review of the literature in the Journal of Economic Literature, summarizing the literature on government spending multipliers before the financial crisis and the early post-crisis research.

In the current paper, I discuss the current state of knowledge and research on fiscal multipliers as of 2018. One of the underappreciated advances is the standardization of methods for calculating multipliers from estimates. I show that with this standardization, as well as with improved identification methods, the range of estimates at the national level for government spending multipliers and tax rate change multipliers is relatively narrow. Most of the linear model estimates suggest government consumption multipliers below 1 but tax rate change multipliers of -2.5 and -3. These differences also help explain the range of estimates for the effects of fiscal consolidations, since some consolidations are more spending-based whereas others are more tax-based. I then consider the cross-state or cross-region estimates, which suggest larger government spending and transfer multipliers, as well as the household-level estimates of high marginal propensities to consume (MPCs). I argue that when one uses those estimates at the aggregate level to construct counterfactuals of what would have happened had there been no U.S. government tax rebates or stimulus programs during the Great Recession, the results are implausible. I present several argument and simulate simple models to explain why the crossstate and household estimates cannot be used for aggregate analysis.

Finally, I discuss a number of the advances made in the theory of the effects of fiscal policy, and particularly how multipliers in a currency union (such as the Euro area or U.S. states) might relate to national multipliers. In addition, I discuss some recent papers that call into question whether the previous results concerning multipliers at the ZLB actually applied to economies in the last ten years.