Ragnar Frisch was born in Kristiania (Oslo), Norway on 3 March 1895. He was appointed Professor at the University of Oslo in 1931 and founded in 1932 the Institute of Economics at the University of Oslo, which he directed until retirement in 1965. Ragnar Frisch was an ardent protagonist for more scientific economics in the interwar period and played an active role internationally through his scholarly contributions but also through his efforts for the Econometric Society and its journal Econometrica, which may be regarded as landmarks both for the scientification and the internationalization of economics.  For many years Frisch was the only Norwegian economist of international renown and  became a father figure for Norwegian economics. Frisch was awarded (jointly with Jan Tinbergen) the first Nobel Prize in Economic Sciences in 1969. Ragnar Frisch died in 1973.

For a short biography with references see here.

For additional biographical introductions to Ragnar Frisch, see Thonstad (2006) and Frisch’s own biographical note in connection with the Nobel Prize. The best survey of Ragnar Frisch’s major works was written by John S. Chipman for the Ragnar Frisch Centennial Symposium in 1995, see Chipman (1998). Other surveys of Frisch’s contributions are e.g. Arrow (1960),Johansen (1969), and Edvardsen (1970).

For the Norwegian version of the introduction click here 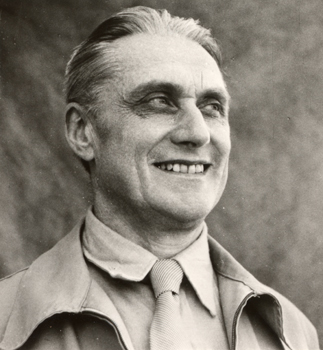 UiO > Faculty of Social Sciences >
Department of Economics > About the department >