How can depoliticized decision-making be legitimate? REFLEX examines the tension between knowledge and democracy in the European context of decision-making. 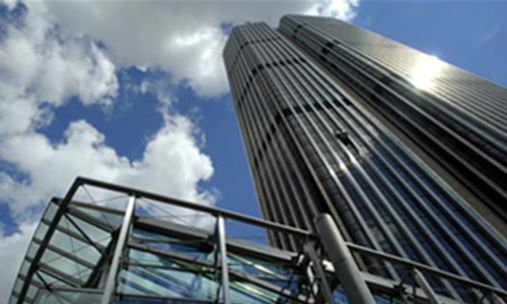 The European Banking Authority (EBA) is one of three supervisory authorities for the financial sector in the EU (photo: EBA)

Modern democracies increasingly rely on expertise and independent expert bodies in political decision processes. Central banks, international organisations and courts, and not least EU agencies, are typical examples. The EU has set up more than 40 agencies to perform specific tasks under EU law, in areas such as food safety, aviation security and defence cooperation. Norway participates in 27 of these agencies, mainly through the EEA Agreement.

Many of these bodies make decisions with consequences for citizens’ well-being and freedom and operate within large zones of discretion. There is thus a risk of policy formation being based on experts’ judgements rather than on citizens’ opinion. The delegation of authority to expert bodies raises some fundamental questions for democracy, and how such bodies can be legitimate.

REFLEX aims to establish what kind of democratic problem we are witnessing. That requires paying attention to the role and status of depoliticized bodies in democratic theory. Can they be justified in democratic terms?

The project pursues the idea of reflexive legitimacy, which designates that actors, when exposed to justificatory reasons, may come to accept cogent resolutions even when they are not granted access to the decision-making process. The critical question is how expert bodies are embedded in the democratic chain of power.

REFLEX conducts in-depth studies of a selection of depoliticized bodies in the EU multilevel legislative chain within fields such as financial regulation, medicine, border protection, law enforcement and defence procurement. It compares depoliticized bodies under different formal arrangements – intergovernmental and supranational – in order to establish whether better ways of organising the relationship between expertise and politics exist.

By analysing the institutional and public linkages of several depoliticized bodies, REFLEX will be able to examine actual differences in the influence of expertise and their democratic check. These studies provide a broad empirical basis from which to establish a normative model of depoliticized bodies – an institutional design that meets democratic criteria. At the same time, they will lead to new empirical knowledge of whether or not the power of expertise is wielded legitimately.

REFLEX is jointly funded by the Research Council of Norway's FRIPRO Toppforsk (top research) scheme and the University of Oslo. Toppforsk funding is a new, targeted initiative for providing substantial, long-term funding to research groups that have the potential to become international leaders in their field.

Democracy and Expert Rule: In Search of Reflexive Legitimacy (REFLEX)

Funded by the Research Council of Norway