COMPLEX studies the effects of international treaties on national law. 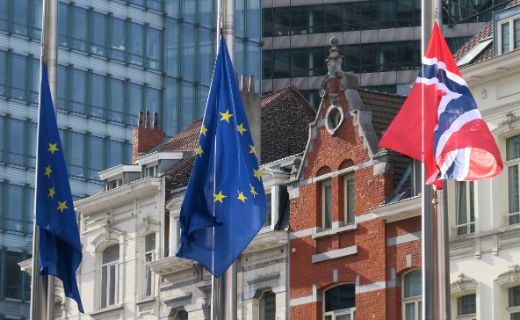 COMPLEX deals with the problem of European integration in differentiated orders. In the European Union (EU), differentiated integration is a pragmatic response to political challenges of a fundamental character. It is a way to hold together a controversial system by sectioning off particular policy areas and countries from centralised rule. Differentiation has become a means of handling or bypassing various forms of crises and various forms of opposition to integration. However, differentiated integration creates problems both for the democratic principle and for the rule of law principle as the recent ‘NAV scandal’ in Norway attests to. In Norway, The EEA agreement is seen as the cause of the problems. However, the Netherlands has experienced a similar scandal pertaining to the legal protection of citizens’ rights. COMPLEX studies the administrative incorporation of legal acts.

National agencies interpret and practice the EU’s secondary laws. These agencies are double hatted: they serve their respective national ministries, and are at the same time part of the multilevel EU administration. COMPLEX investigates how this practice affects national law. In order to reach correct decisions, independent agencies must possess political literacy to heed the administrative values of accuracy, effective performance and fairness.

The project introduces three modes of incorporation: instrumental, advocatory, and conciliatory. They build on different epistemic logics and different administrative rationalities. The models give rise to distinct conjectures to how agencies practice EU law and hence, why they sometimes err. Depending on the mode of incorporation, the effects are expected to be diminutive, selective, or comprehensive, respectively.

COMPLEX will conduct a study that reveals which of the three modes of incorporation are dominant and what the legal effects are in three regulatory areas: social security, market integrity, and environmental protection. COMPLEX studies how agency representatives perceive the relative weight of potentially conflicting concerns by investigating how careful variations in regulatory scenarios are responded to.

Modes of incorporation also affects the effects of other international treaties. COMPLEX, in the final analyses, relates its findings to other treaties and the problem of regulatory juridification, which occur when application of law depend on regulation practices.

The primary objective of COMPLEX is to establish the effects of EU law on the practicing of national law. COMPLEX investigates whether there is context sensitive variation in interpreting and practicing EU law. What would a theory of administrative behaviour in complex settings look like?

COMPLEX is funded by the Research Council of Norway’s research initiative ‘Europe in Transition’ (EUROPA) under the UTENRIKS Research Programme on International relations, foreign and security policy and Norwegian interests.