25 million to research on democratic backsliding in Europe

In a new project, researchers will examine what the EU can do to prevent democratic backsliding among its own member states. – We are happy that we can finally launch the project, says ARENA Director Daniel Naurin. 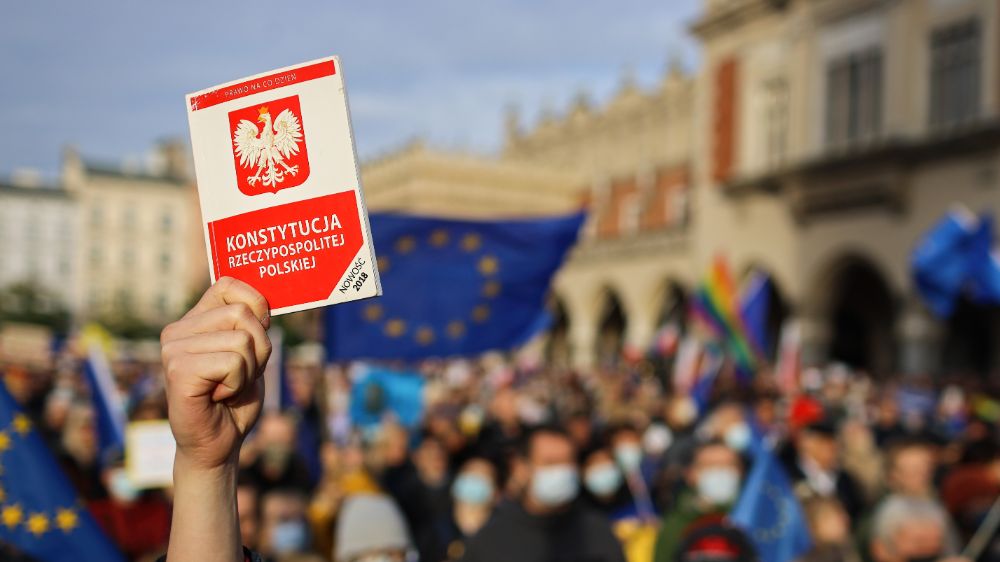 People in Poland took to the streets when one of Poland's courts in October 2021 decided that Polish law can have supremacy over EU law in some instances. (Photo: Zuma Press/NTB)

ARENA Centre for European Studies has been awarded NOK 25 million in the interdisciplinary research project Enforcing the Rule of Law: What can the EU do to prevent rule of law deterioration from within? (ENROL) through the Norwegian Research Council’s Fellesløft funding initiative.

A threat to the European partnership

Over the next five years, Professor and Director of the ARENA Centre Daniel Naurin and Professor Christophe Hillion at the Department of Public and International Law and Centre for European Law, will together with a group of researchers examine which tools the EU, Norway and other countries have at their disposal to deal with democratic backsliding in European countries such as Poland and Hungary.

'Because we are closely connected with Europe, everyone is affected when Poland and other EU member states deviate from rule of law principles, a free press and just terms for the civil society. ENROL is first and foremost about understanding what the EU can do to prevent democratic backsliding among its own member states,' says Daniel Naurin.

'The deterioration of the rule of law that we can see in for example Poland is threatening the EU’s entire single market, which Norway is also a part of. If we cannot trust that courts and governments are independent, it presents a threat to the entire European community', adds Naurin.

Read also: 'Without the rule of law, the EU may collapse'

To research these questions, Naurin has assembled a team consisting of political scientists, philosophers, and legal researchers.

'To understand what tools the EU can use, which also are effective, fair, all while being politically and legally realistic, we need cooperation between different disciplines,' says Naurin.

The researchers will conduct several empirical studies in Brussels and Poland through interviews, surveys, media analysis, and experiments, in order to discover how the EU has reacted to rule of law violations in its member states and what the consequences have been.

'We will also examine which judicial commitments an EU membership entails, and how the EU’s actions (and lack thereof) can be evaluated based on democratic principles and norms,' Naurin explains.

For a while, there was uncertainty around whether the successful Fellesløft-projects would receive funding, as funds were not allocated for this initiative in the Government's 2022 budget for the Research Council.

'This has unfortunately caused a delay to the launch of the project, but we are now happy that we can finally get started. The issues we will be examining have only become more pressing while we waited for signals from the Research Council,' says Naurin.