The project GLOBUS – Reconsidering European Contributions to Global Justice – has ended after four years of critical analysis of the EU’s global role. The final review of GLOBUS describes the project as “academically top-notch” and commends it for providing “a true value added for the research on the EU as a global player”. 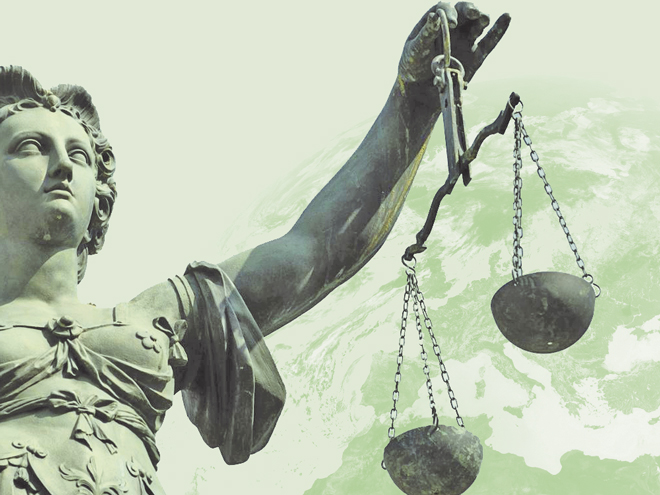 The project has been evaluated by independent academic experts, who have written a strikingly positive final review report, stating that the project has been “extremely well-managed by ARENA and its scientific coordinator, Prof. Sjursen, throughout its entire duration”.

Successful combination of theory and empirics

The evaluators consider GLOBUS’ design and operationalization as “a fine example of how a combination of a normative political theory focus and relevant and well implemented empirical research can not only be fruitfully applied to the study of EU external action, but also provide a true value added for the research on the EU as a global player”.

The project’s differentiated conception of global justice is defined as very useful, and allowing evaluation of EU foreign policy action across policy areas and from three different normative standpoints. While the reviewers consider GLOBUS framework to be theoretically rich, they stress that it is moreover empirically viable to assess EU external policies from climate change to migration, trade/development and security, and to communicate across normative stances e.g. in relation to representatives from emerging countries.

The evaluators also commend the GLOBUS consortium for being very prolific in terms of output, and hold that GLOBUS’ research already has begun to influence debates in the scientific community. They expect that this trend will solidify and that GLOBUS publications will contribute to “advance research on the EU‘s external action beyond the state of the art”.

The report also underlines the timeliness of the international reflection and communicability of GLOBUS’ three notions of Global Justice, as well as of potential trade-offs between them. The evaluators recognize that this has only gained in salience with the further advancement of authoritarianism across the world, and the deterioration of the multilateral order in the recent years and the pressing challenges looming in all policy areas covered by GLOBUS (climate change, migration, trade, security).

The evaluation report concludes that the perspectives of the non-EU players, in particular the BRICS, but also the US, addressed in the project, and the cleavages within public opinion with regard to global justice merits even more attention than when the project was launched in 2016.

GLOBUS’ theoretical framework and the corroboration of its analytical leverage through the sectoral case studies, is evaluated as “an important contribution with a clear impact for contemporary debates on the role of the EU in the world”.

“The project's core product, the differentiated conceptualization and evaluation framework for EU global justice promotion in external action is very well substantiated, well formulated, corroborated in empirical studies and has been disseminated to various academic and non-academic audiences, it is likely to have a lasting impact on scholarly debates but more than that also in public and policy circles concerned with the EU's role in the world and the promotion of global justice.”

In addition to the range of academic publications contributing to the academic state-of-the art, the report also applauds the project’s laudable efforts in policy terms.

The evaluation report concludes that GLOBUS “has the potential of providing a whole new perspective on the EU’s foreign policy, across a variety of issue areas. The benefit for society can thus be immense – in that its findings may lead to a new understanding of key societal challenges and of how to tackle them in the EU and globally in just and fair manners that are respectful of and beneficial to all (that is, citizens of the EU and of third countries).”

GLOBUS – Reconsidering European Contributions to Global Justice – was supported by the EU’s Horizon 2020 programme from 2016 to 2020. The project has included more than 60 researchers from eight partner institutions, under the coordination of Research Professor Helene Sjursen at ARENA Centre for European Studies at the University of Oslo.