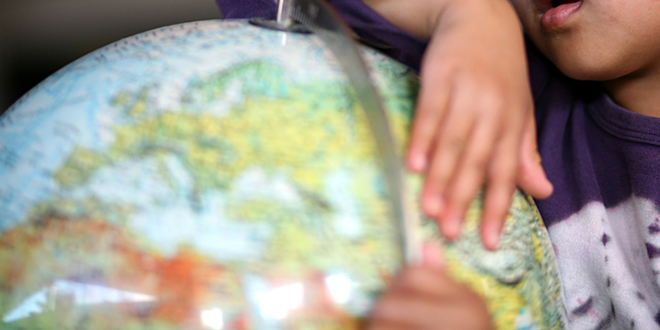 The international research project GLOBUS – Reconsidering European Contributions to Global Justice – is now concluded. For the last four years, a team of over 60 researchers led by Research Professor Helene Sjursen at ARENA Centre for European Studies in Oslo, have critically analysed the EU’s global role.

According to the European Commission’s final project review, GLOBUS has been an academically “top-notch” and “extremely well managed” project with exceptional results, which is likely to have a lasting impact on scholarly debates.

Since its inception, the EU has proclaimed an ambition to promote justice at the global level. But what precisely is the EU’s contribution to global justice? And what could a just foreign policy look like? These are the questions that GLOBUS’ international team of researchers from Norway, Ireland, Germany, South Africa and Italy, and partners in Brazil, China and India have addressed.

Their point of departure was that what is just is contested, both amongst theorists and policy makers. Engaging with theoretical debates on how we should think about justice beyond the state, GLOBUS researchers developed a novel analytical framework that specifies three different conceptions of global political justice as non-domination, impartiality, and mutual recognition.

Empirical studies within a new framework

GLOBUS researchers have drawn on a broad range of methods to analyse the EU’s external policies in the areas of migration, climate change, security and conflict resolution, trade and development as well as gender. A key finding across these different issue areas is that there is a shift in the EU’s policies, from a strong emphasis on an approach to justice akin to the GLOBUS conception of impartiality.

External perspectives on the EU’s role

The project also looked at how different external (state and non-state) actors perceive the European Union’s foreign policy, and its proclaimed ambition to promote global justice.

What is considered a legitimate claim of justice in the eyes of Europe may collide with perspectives elsewhere in the world. Taking into account third-parties’ perspectives of the EU – particularly those of emerging powers – has therefore been essential. The role of the BRICS states have been in particular focus.

Book series on EU and the global order

The main findings from GLOBUS will be published in the book series – Routledge Studies on the European Union and Global Order.

In a series of five forthcoming books they provide in-depth analyses of the EU’s role in all the key substantive issue areas addressed in the project. A sixth book examines the crisis of the global multilateral order through the eyes of the BRICS states and assesses the implications of the crisis for the EU’s global role.

In addition, a number of journal articles and books are forthcoming or already published. These include the article “EU aid for trade: Mitigating global trade injustices”, in Third World Quarterly, which is a collaborative effort between scholars Johanne Døhlie Saltnes at ARENA and Sam Brazys, Joseph Lacey, and Arya Pillay at University College Dublin; Kjartan Koch Mikalsen’s “The Irrelevance of History: In Defense of a Pure Functionalist Theory of Territorial Jurisdiction” in Ratio Juris, as well as the book The EU Migration System of Governance. Justice on the Move (Palgrave Macmillan), edited by Michela Ceccorulli, Enrico Fassi, and Sonia Lucarelli.

The 45 research papers published in GLOBUS are downloadable for free at the GLOBUS website, as are the policy briefs, which provide short summaries of key findings in the project.

Read more about the GLOBUS research results at the EU CORDIS website. More information about the project’s excellent final expert evaluation can be found here.