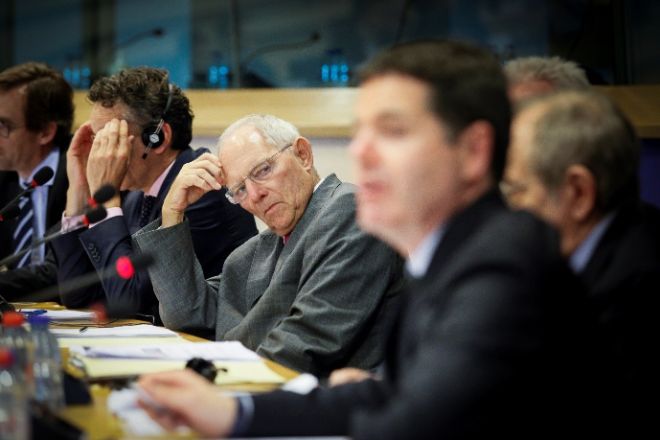 Wolfgang Schäuble (centre) has been cast by many as a villain in the story of the dramatic Eurozone bailout negotiations. As the Finance Minister of the largest creditor, the German politician was one of the most important and dominant players in the management of the crisis. Photo: European Union 2017/European Parliament. 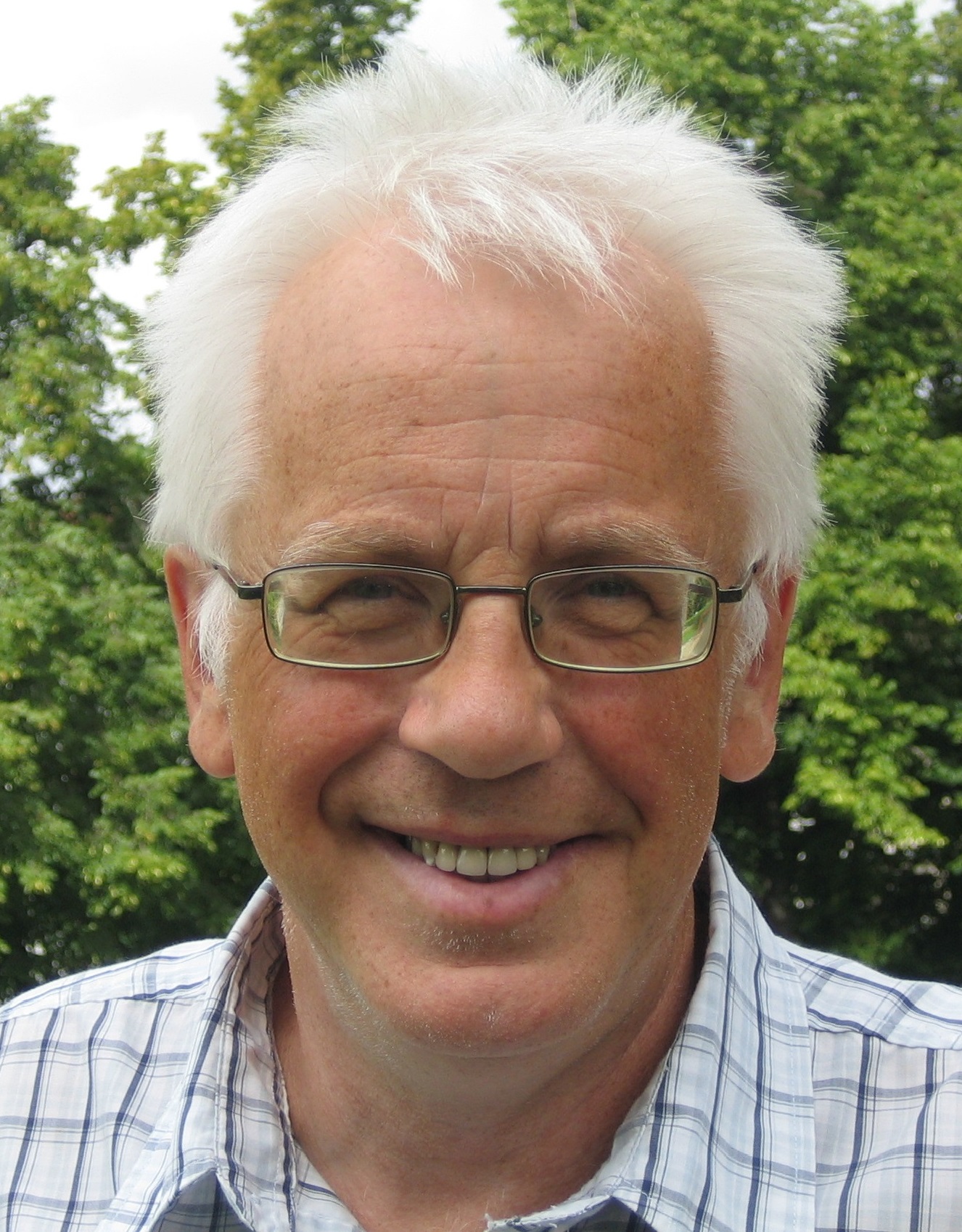 The European Union (EU) was created to reach common solutions to shared problems through democratic procedures. The intent was to put an end to the problem of dominance in international relations and the disastrous consequences that came with it. 60 years after the Treaty of Rome came into force, complex interdependencies have developed in Europe, and no state, or economic, social or cultural group is unaffected by the EU.

However, fundamental issues regarding the EU’s competences and power are handled by bodies outside the EU’s formal structure, and thus outside of democratic control. Differentiation both internally and in the Union’s relations with third countries have grown and may have put an end to the idea of integration as a “one-way street”. Instead of serving as a pathway to increased integration, differentiation now seems to be a stable and permanent feature of the EU.

New research from ARENA Professor Erik O. Eriksen examines this development, and shows how countries’ decisions to opt out of certain areas of cooperation in the EU might not be a show of independence and dispersion of power, as it is often described. Under conditions of complex interdependence and economic integration, political differentiation may in fact cause dominance.

– Some see differentiation as an advantage, while others describe it as a collective action problem. In my view, the problem is more fundamental. Many countries are bound by rules they have little or no say in making, and this undermines political rights and the opportunity for self-rule, Eriksen says.

In Eriksen’s view, political autonomy is not just about absence of arbitrary interference in zones of freedom. It is also a question of institutional provisions for citizens’ participation in law-making processes.  In this light, it is interesting to look at the EUs relations with the associated non-members, such as  Norway and the other EEA countries. These countries have voluntarily subjected themselves to EU regulations, which they cannot influence or amend, in order to get access to the single market. Thus, they have traded sovereignty for access.

He describes it as paradoxical that the wealthiest states with the strongest and best-entrenched democratic traditions have opted not to become members, instead agreeing to be subjected to ‘alien will’. Moreover, as has become increasingly clear, the EEA Agreement is not necessarily a stepping-stone toward membership.

– The agreement is an economic success, and a democratic loss. The EEA countries are free riders on European public goods. While they are obeying and paying, they bear no political burden. The paradox is that by staying outside, they are undermining democracy.

Because dominance emerges out of asymmetric power relations, this can also become a problem for the United Kingdom. Brexit, despite its mantra of ‘taking back control’ is likely to achieve the opposite, as long as the UK wants some sort of access to the single market. According to Eriksen, the built-in asymmetries of agreements between the EU and associated non-members amounts to what he calls ‘hegemony in disguise’. The new proposal for a ‘Brexit deal’, which the British parliament will vote on 11 December, could be an example of this.

When the bubble bursts

The EU is also differentiated internally. For example, not all member states are members of the Eurozone, and some are not parties to the Schengen Agreement. Opt-outs and opt-ins are common, creating flexible integration.

With regard to the member states being dominated, the Eurozone crisis was crucial, because it revealed that the EU was not able to tackle such challenges in a democratic manner. The lack of solidarity during the crisis prompted the establishment of new treaties outside the Union’s constitutional structure, the Lisbon Treaty. Differentiated arrangements, previously considered to be temporary exemptions, have become a defining trait of the system.

– Many parts of EU legislation began outside of the treaties, such as the Schengen agreement, but most of it gradually found its way into the common framework. As long as the end goal was to integrate further, this was less of a problem. However, it has become increasingly clear that many of these arrangements are permanent, and this creates a more segmented Europe, Eriksen says.

Eriksen highlights the treatment of Greece during and after the crisis as a case in point. Through financial assistance programmes, heads of government have agreed upon a series of financial, economic and social policies that affect the freedom and wellbeing of many Europeans. According to the Lisbon Treaty, however, such issues belong to the remit of the member states.

The handling of the crisis laid bare the EU’s structural flaws, but its aftermath also increased differentiation. New structures have their own intergovernmental decision-making bodies that are not subject to public or parliamentary control. Examples of this are the European Stability Mechanism (ESM) and the Fiscal Compact. Moreover, the Eurogroup, which is the regular meetings of the finance ministers of the euro countries, has become the main venue for informal decision-making. The Eurozone crisis may thus have put an end to the idea of an ever-closer union.

Who will solve the EU’s problems?

Many of the present difficulties originate in collective action problems, which in turn create new problems. When member states are unable to solve problems and reach agreements through collective decision-making, ‘coalitions of the willing’ often take action outside of the common framework. Countries that decide to opt out of new agreements may nevertheless often be affected by EU rules and decisions.

If the Union wants to solve the problem of dominance, it needs democratisation and more integration:

– The EU is in need of a new convention, bringing a range of contracts and practices under the common framework. This should also include a process creating a clearer division of labour between the different levels of government. These questions would be easier to answer under a federal model.

Moreover, Eriksen argues that analysts need to come to grips with the idea that patterns of differentiated integration and differentiated disintegration could operate simultaneously. Broadly, he believes Europe’s future will follow one of two possible paths. The pessimistic alternative involves a return to a 'Europe of states', where the relative strength of each state will determine outcomes.

– The other alternative is that member states come together and find common solutions, led by bold leaders willing to make sacrifices for the common European good. There are some signs pointing in this direction at the moment, but on the other hand, populist forces are strong. However, Brexit actually seems to contribute to increasing support for the EU in Europe.

Whatever happens, it is essential to reform the decision-making structures of the EU and restore democratic legitimacy. For this to happen, the European Parliament must be granted more powers, Eriksen argues.

– The European Parliament and the Council of the European Union should be strengthened and function as a bicameral system, not unlike the US Congress. On the other hand, the European Council should be less influential. This would amount to a reform making the EU more democratic, Eriksen concludes.