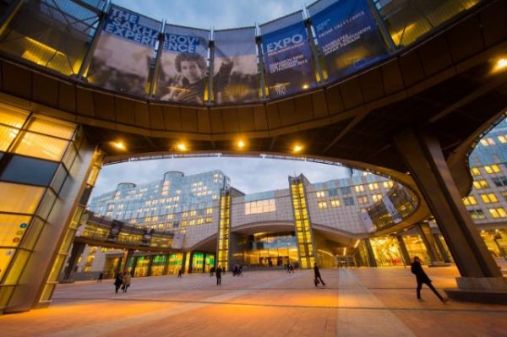 Federalism was once held forth by historic figures such as Altiero Spinelli and Jean Monnet as the way forward to a peaceful and prosperous Europe. However, mainstream politicians today, wary of the challenge from populists, do not dare speak in such terms. Federalism has become a tainted word.

Federalism has become a tainted word.

However, some researchers believe that federalism should be brought back into the discussion about what the EU is - and what it should be. Together with Markus Jachtenfuchs of the Hertie School of Governance in Berlin, ARENA professor John Erik Fossum has edited the new book “Federal Challenges and Challenges to Federalism”.

On the one hand, it is difficult to establish ‘how federal’ the EU is. On the other hand, the EU’s many distinctive features bring up many challenges for existing theories of federalism. For example, the EU is very different from and far more diverse than other federations, such as the United States and Canada, and these features require special consideration.

The structure and much of the process involved in federalism is present, but countries do not want to talk about it. We wanted to bring the concept back on the agenda.

In the new book, the authors attempt to stake out a new research agenda that is different from the political project associated with Spinelli, Monnet and others.

– When you look at the development of the EU, it is in many ways a federation that does not dare to speak its name. The structure and much of the process involved in federalism is present, but countries do not want to talk about it. We wanted to bring the concept back on the agenda in the EU, and believe there is a lot to learn by drawing on the literature on comparative federalism, Fossum says.

Not the same as centralisation

Federalism is a controversial concept because many associate it with a European super state, populated with “faceless” technocrats in Brussels...

Federalism is a controversial concept because many associate it with a European super state, populated with “faceless” technocrats in Brussels that decide the policies of nation-states. According to Fossum, this is one of several misunderstandings about federalism.

– Federalisation is not the same as centralisation. The common misunderstanding when people associate federalism with a European super state, is that they expect a centralized European state that removes power from national capitals. But federalisation is about establishing and entrenching several levels of governance and striking the right balance between shared rule and self-rule.

Federalisation is not the same as centralisation.

In other words, federalism involves non-centralisation: The powers and prerogatives of sub-units are constitutionally protected.

At the same time, federalism is inherently dynamic, and the balance between the different levels will change over time. If this dynamic is based on some kind of pact, it is possible to have an open discussion about what the right balance should be. Hence, Fossum believes that it would be easier for the EU to strike a viable balance between self-rule and shared rule if the actors admitted that it already is a kind of federation.

– That’s the paradox – and instead of talking openly about which functions should be located where, parts of European integration are now happening under the radar.

...instead of talking openly about which functions should be located where, parts of European integration are now happening under the radar.

The impact of Brexit

Many observers have pointed to the United Kingdom’s decision to withdraw from the EU and argued that this might make it easier to find common solutions. This might be true, Fossum says, but the British have not always been the reluctant customer they are portrayed to be.

– It is also important to remember that the UK has been one of the drivers of market integration, even under Margaret Thatcher. They have wanted extensive economic cooperation, but less extensive political cooperation. With regard to the latter, it might be easier to move forward after Brexit.

...the UK has been one of the drivers of market integration, even under Margaret Thatcher.

In the short term, the outcome of the political deadlock in Germany will be important for what happens next.

– The question is to what degree Germany will be willing and able to push this forward. If not, then nothing much will happen, Fossum says.

Growing together – or apart?

The EU is also experiencing strong digestion problems because it has expanded so much in such a short period.

Fossum also points to a simple, but often neglected fact in the debate about the EU: it takes time to build a state, federal or otherwise. Most nation-states are the result of hundreds of years of struggle, and were often forged through war and extended with coercive methods. In the words of Charles Tilly, “war made the state and the state made war”. The European Union, on the other hand, is attempting to do this by far more democratic means.

– The EU is also experiencing strong digestion problems because it has expanded so much in such a short period. In addition to expansion, they are establishing a new system of government on top of already existing systems. If that was not enough, the EU is expanding into areas where people are more sceptical of supranational governance. This is historically conditioned. It is a very ambitious project.

What is the way forward? Growing discontent with the EU combined with impatience from some to integrate further has revived the discussion on a two-speed or multi-speed Europe. While many observers point out that the member states have already integrated to different degrees, such a scenario might include further divergence. Some countries would form a more integrated core, with the rest becoming a less connected periphery.

Some countries would form a more integrated core, with the rest becoming a less connected periphery.

– If this happens, the question is what the relationship between the core and the periphery will be. This opens up a whole range of difficult questions, including what to do with the single market. The result might be a more unstable system, Fossum says.

It would also have consequences for Norway. This scenario, coupled with Brexit, might upset the balance and make the de-politicised way in which Norway deals with Europe more difficult.

– We will become part of the periphery if this development continues. Brexit may lead to the UK and Norway growing closer together, and the UK will politicise issues and make it clearer that we are in fact outside. The relationship will not necessarily change, but the understanding of it will. That might become a problem for Norway, and we will have to deal with Europe in a different way than we have been doing for the last 25 years.

We will become part of the periphery if this development continues.