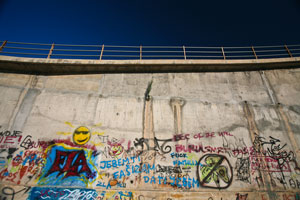 The crisis contributes to a more segmented Europe (Photo: Colourbox)

The Research Council of Norway’s research initiative ‘Europe in Transition’ has granted NOK 24 million over a five-year period for the EuroDiv project, headed by Erik Oddvar Eriksen at ARENA. The aim is to provide more knowledge on the implications of the current crisis and on possible ways out of the crisis. EuroDiv involves a cross-disciplinary group of researchers – political scientists, economists, sociologists, media researchers, lawyers, and historians.

Towards a segmented Europe?

The implicit assumption in mainstream EU research is that integration is, if not quite uniform, then at least quite unidirectional. However, practice shows that European integration has long departed from the initial assumption that it should aim at a uniform acquis communautaire in which the same policies apply in the same way at the same time in all participating countries. The idea of asymmetric, differential, or flexible integration pre-dates the crisis.

This new project introduces a hypothesis that Europe is moving towards a permanent situation characterised by a more diversified EU. The European crisis seems to be accelerating a process in which the member states end up with different statuses. From this perspective, Norway’s relations with the EU will not be analysed as an exception, but as one of several variations in the diversity of integration in Europe.

EuroDiv will provide research on the crisis and on the sustainability and democratic legitimacy of ongoing transformations in Europe, including Norway. By distinguishing segmentation from the more widely used conception of differentiated integration, integration and disintegration will be analysed simultaneously in order to better understand the present crisis developments.