The workshop was held at Tøyen in Oslo 14-15 October, with open lectures from invited speakers Eve Chiapello and Andrew Barry. 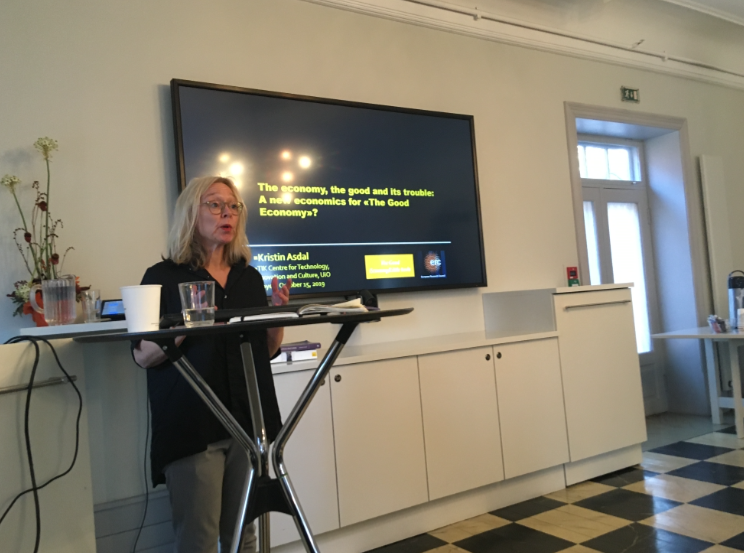 On 14 and 15 October, the ERC Little Tools team organised the workshop "Good economics in the good economy: Unpacking bio-economy relation" at Tøyen Manor in the Botanical Gardens in Oslo. The workshop explored relations across economics, economy, and the bioeconomy.

Good economics in the good economy

In recent years, the so-called bioeconomy has received a growing interest in both scholarship and policy. This up-and-coming new form of economy is envisioned to rely on biological resources, scientific knowledge and state-of-the-art technology to fuel sustained and sustainable growth.

This notion of the bioeconomy envisions a transition away from the fossil economy towards a green future. In doing so, this economy promises to be good and to do good - in short, to redefine its values. Yet the bioeconomy also causes new tensions to arise, for economic life and political action alike. 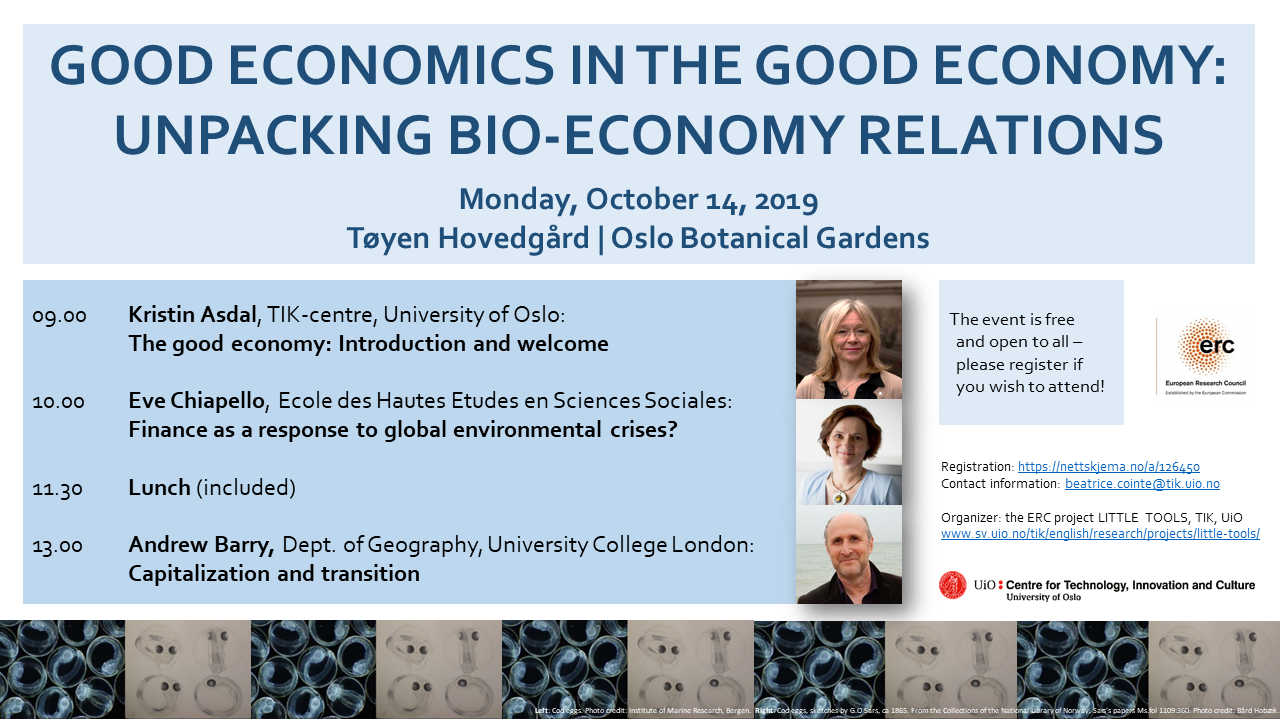 Participants were welcomed by Little Tools PI Kristin Asdal, who opened the workshop with an introduction to the ERC project with the talk "The economy, the good and its trouble: A new economy for "The Good Economy"?".

This was followed by a lecture by invited speaker Eve Ciapello (Centre d'Etude des Mouvement Sociaux-Ecole des Hautes Etudes en Sciences Sociales) titled "Finance as a response to global environmental crises?" Ciapello is author, with Luc Boltanski, of The New Spirit of Capitalism. 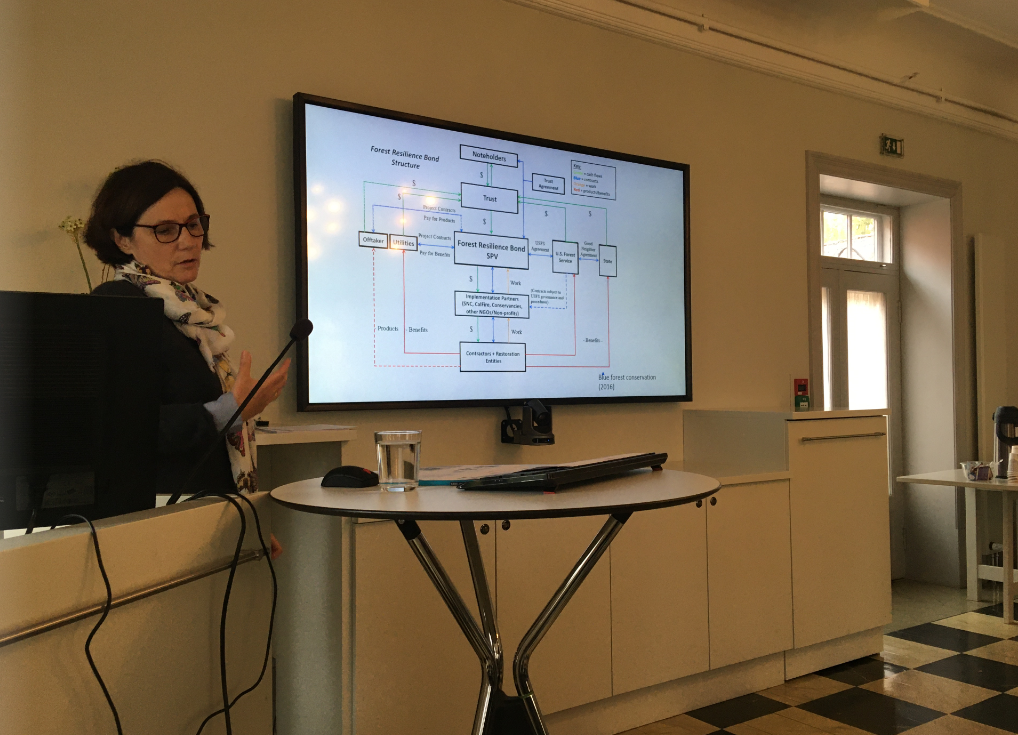 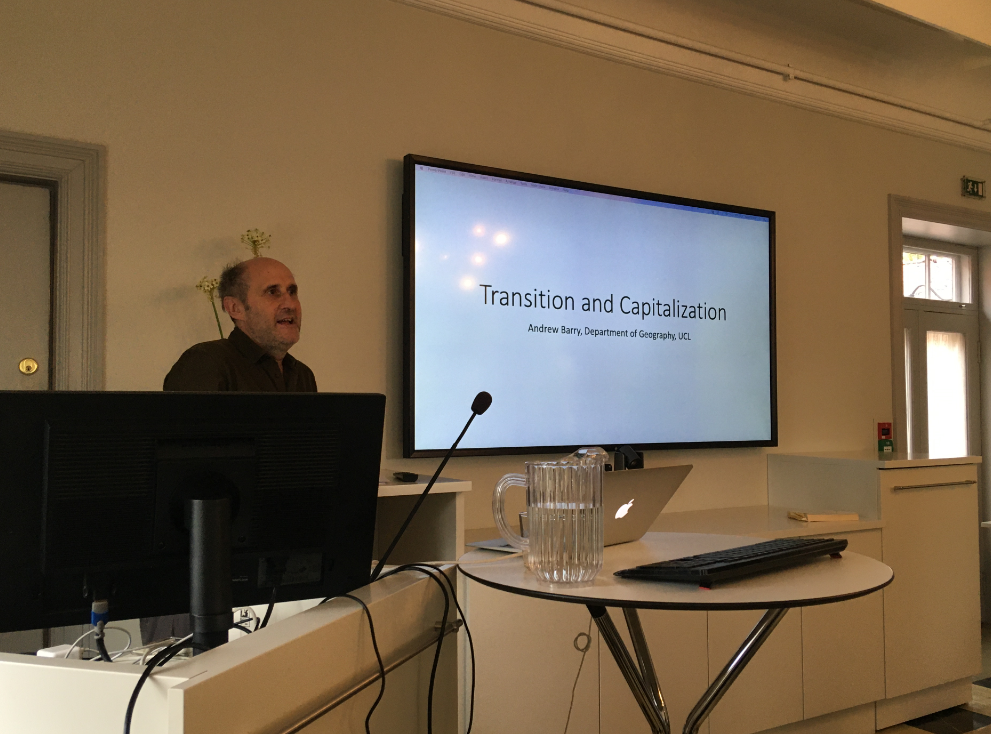 After the open programme, there was a closed workshop session where the Little Tools team, as well as invited guests, presented and discussed ongoing work.

The second day was organised a full-day workshop session, where works-in-progress were presented and discussed.

Read more about the workshop and program here.