How does internet use affect well-being?

Social media can increase happiness and nurture your social circle. But depending on who you are, social media can potentially also make you unhappy and more isolated.

While Internet was initially used for contact with strangers, it has later become a platform where people develop and cultivate their already existing relationships. And while most of the initial research in this field concluded with Internet mostly having negative impacts on social life and well-being, more recent research focusing on social networking sites like Facebook and Instagram find that users of such sites have increased social capital, social support, sense of community and improved well-being.

– In the early years of the Internet you saw tendency towards online communication simply substituting ordinary face-to-face interactions. However, it is clear now, that social networking sites like Facebook and Instagram can have positive effects on our social life. It can make it easier for us to keep track of existing acquaintances, and easier to have access to information relevant to one’s social life. Social media can also help us develop relationships with people that are far away geographically, says Fulvio Castellacci.

Fulvio Castellacci is Director at TIK, Centre for Technology, Innovation and Culture, University of Oslo. He has just published an article that presents a survey of the research literature investigating the question of how internet use affects well-being, among others through our social life. The most influential and pervasive impact of Internet on social life is likely through communication patterns. Vast amounts of communication now go through mobile phones, social media, instant messaging and image/video applications. As interpersonal relationships are some of the strongest predictors of well-being, some researchers argue that online communication can be used to develop already existing relationships, but also to avoid feelings of loneliness.

– Internet has fostered the development of a large number of new activities and services that are meant to facilitate new kinds of social interactions that were not previously possible. For example, in areas such as online dating, through mobile apps like Tinder, Happn and Melt. New technology can use location data to find others in the area and facilitate real world social interactions, like you see with mobile gaming platforms like Pokémon GO. This, if used effectively, could be positive for the development of social lives and expand social circles through use of technology.

Even though Castellacci found the research findings to be more positive towards how social media affects our social life, there can also be negative aspects.

Most of the articles in this field also discuss negative aspects associated with social media use – such as increased narcissism, superficial relationships and increased stress – particularly if the platforms are used with high frequency and for excessive amounts of time.

Greater access to information can also present new risks as individuals now have the possibility to compare themselves to many other users worldwide. Reference groups are now expanding to include a wider social circle as well as the world itself. However,  the content of the communication between participants in social media plays a major role in determining the effect on well-being. If the interaction is positive in nature, so is likely the effect.

– In short, Internet presents potential benefits as well as new risks to individual users. The effects of Internet on well-being largely depend on individual personal characteristics, and in particular age, capabilities, culture and beliefs. Hence, it is the combination of individuals' online activities and their own personal characteristics that explains why the use of Internet has stronger positive effects for some individuals and social groups than others, concludes Castellaci.

Lin Prøitz  is a researcher at the Department of Psychology (PSI), University of Oslo. She forms part of a psychological study called "Connected and Affected?" wich studies digital youth practices and affect.

– Through studies of the TV-serie "SKAM" fans' expressions in social media, we have seen that social media can be a central global arena where young people can express themselves and relate to others across geographic, ethnic, gender, and socio-cultural differences. "SKAM" fans express themselves very affectively about belonging and identity, about feeling of hope and the possibility of future social change. In this context, social media have acted as an affective public space where marginalized voices take place.

Prøitz states that the use of social media is not necessarily "positive" or "negative", it may affect us in many different ways, and it is this complexity researchers at UiO will try to understand to a greater extent.

– Right now we are studying how Snapchat usage is affecting youths’ well-being. One tendency is that young people are leaving public social media where various relations and intimacies merge (such as Facebook), to smaller and more private social media sections. It will be interesting to find out how this affects young people’s wellbeing.

This text is also published at ScienceNordic 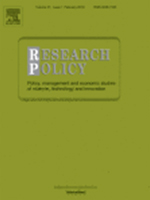 By Hilde Holsten
E-mail this page