The Dutch parliamentary elections took place last week, after a tumultuous period of anti-lockdown protests, and the fall of the Dutch government in January, over a welfare fraud scandal rife with ethnic profiling. RightNow! Editor Iris Beau Segers interviews Professor Cas Mudde about the most striking outcomes of the election, and what this might mean for the radical right and the state of liberal democracy in the Netherlands. 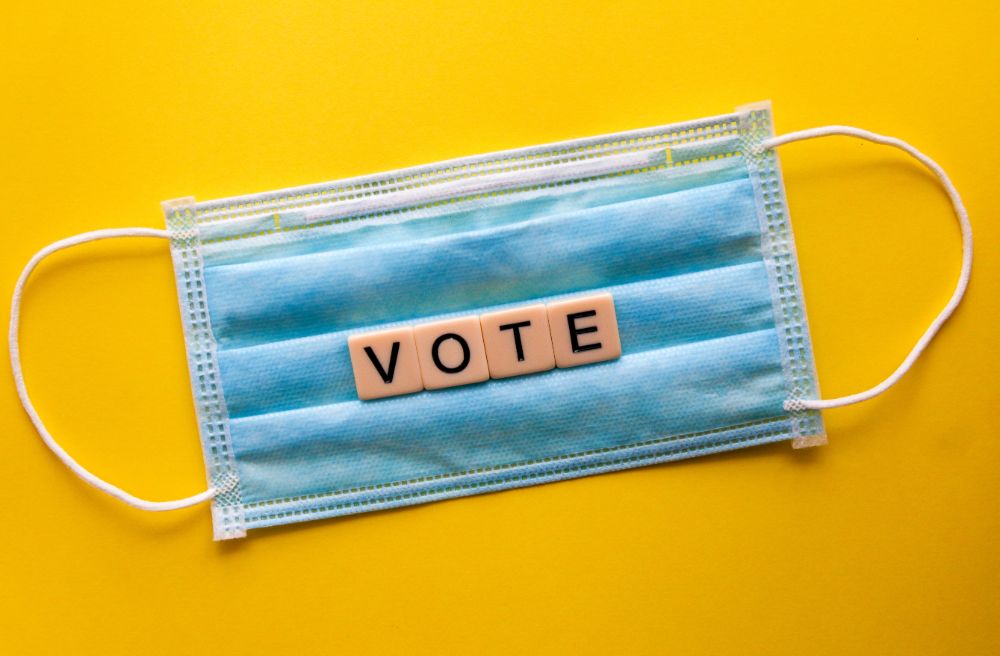 In the midst of a global pandemic, Mudde argues that covid-19 clearly benefited two main actors: Mark Rutte, whose VVD party is the largest with 35 seats, and Thierry Baudet, whose radical right party Forum for Democracy (FvD) increased its vote share from 2 to 8 seats. “Rutte benefited from his emphasis on leadership, even when he has little to show for it. Baudet, on the other hand, became the voice of everyone who is fed up with covid-19 restrictions, and made his point by physically campaigning across the country.” Recent polls show that their strategies paid off: around 50 and 75 percent of VVD and FvD voters (resp.) said covid-19 was a very important topic in their political choice, compared to about a third of voters for most other parties.

Rutte’s campaign was challenged by Sigrid Kaag, leader of the liberal-democrat D66 party, who offered a female and more centrist alternative to Rutte’s decade-long conservative reign, and came in second with 24 seats. Although most of the media attention has been focused on Rutte and Kaag, the actual big winner of this election is the far right, as Baudet’s FvD, together with Geert Wilders’ PVV and newcomer JA21, together hold an unprecedented 28 out of 150 seats in the parliament. The classic left, consisting of green party GroenLinks, the social democratic Labour Party (PvdA), and the socialist SP, suffered dramatic losses, whilst a range of new small parties have entered the political scene: the farmer’s party BoerBurgerBeweging (BBB), the European-focused VOLT, justice and equality party BIJ1, and the aforementioned radical right JA21, a splinter party of politicians who left Forum for Democracy last year.

The Dutch media: ‘Teflon Mark’ and overrepresentation of the far right

How is it possible that two parties of a fallen government (the VVD and D66) manage to gain seats in the aftermath of a child benefits scandal that duped thousands of families? “The Dutch media have played a major role”, says Mudde. “Let’s face it - you have a campaign in the wake of a government that falls over a scandal, and that whole scandal plays no role in the campaign. I don’t think there are many countries with a free press, where that could be the case.” Dutch Prime Minister Mark Rutte has been in power for a decade, and his electoral win will make him one of the longest sitting European leaders, after Germany's Angela Merkel and Hungary’s Victor Orban. Throughout this period, Mudde explains, the Dutch media have done little to expose the many inconsistencies between Rutte’s electoral promises and his actions, or his longstanding encouragement of ethnic profiling by the authorities. Overall, Mark Rutte has managed to construct a national and international image of himself as a humble, ‘average’ Dutch man who cycles to work and pays for his own coffee. With the media on his side, scandals arguably slide off the managerial ‘Teflon Mark’.

Mudde argues that Dutch media are not only pro-Rutte, but have also given disproportionate attention to far right actors since the landslide victory of right-wing populist Pim Fortuyn in 2002, whose LPF party gained 17 percent of parliamentary seats shortly after his assassination. Fortuyn’s electoral win created a turning point in Dutch media coverage, which until that point had been “militantly anti-radical right”, according to Mudde: “The Dutch media at time thought that Pim Fortuyn’s success was the consequence of their own political coverage, and their subsequent attempts to be more neutral led to an overcompensation – far right actors have received disproportionate attention ever since.” This also became apparent in the 2021 election, in which Thierry Baudet received the most media attention by far, relative to his projected number of parliamentary seats.

‘The radical right is here to stay’

With three Dutch radical right parties in parliament, what can we expect from them going forward? Mudde thinks the far right is here to stay, although it might already be past its political peak, regardless of their continuing electoral strength. “The Dutch far right has punched well above its electoral weight for a long time – although they have only won 10-15 percent of the vote on average, they have dominated the political agenda.” After two decades, Mudde does believe this disproportionate attention is slowly coming to an end: “You know, news is a bit like drugs. To remain newsworthy, you need more and more. If you look at these elections, the far right is in fact the big winner, and yet it does not dominate the story. Ironically, that is the consequence of the mainstreaming of the far right: they have become too normal to be big news.”

Although the Dutch parliament now has three far right parties, Mudde points out that Geert Wilders has been the only consistently stable actor thus far: “Although he has recently become a little more anti-establishment, you know exactly what Geert Wilders offers: his main agenda is anti-Islam. Regardless of his bluster, Wilders is a relatively mainstream politician, he goes to parliament, knows exactly how it works, and will occasionally submit legislation together with other parties such as the social democrats.” Thierry Baudet, on the other hand, is highly volatile, according to Mudde: “He rarely comes to parliament and when he does, it is only for the spectacle.” Recent scandals and infighting have led to FvD members quitting and establishing newcomer JA21, who Mudde expects will face similar issues of internal strife soon enough.

‘Common sense to see immigration as a problem’

Although the stability of parties like the FvD and JA21 are questionable, Mudde does expect that the legacy of the far right will remain, through the mainstreaming and normalization of their policies: “It has now become common sense to see immigration as a problem and a threat to national identity and security.” Regardless of their liberal image, Mark Rutte’s VVD is a highly conservative party, which has adopted increasingly restrictive and assimilationist positions on immigration, further contributing to the mainstreaming of far right ideas. Over the last few years, Rutte has regularly tried to outflank the far right based on his claims that he is the more effective anti-immigration politican. In a recent debate with Geert Wilders, Rutte said “I too want less immigration. But whilst you were angrily Tweeting from the couch, I made sure that the amount of migrants, the amount of refugees from Syria coming from Turkey decreased by 90 percent.”

This turn to conservative nativism seems contradictory to the Dutch image of being an exceptionally open, liberal and tolerant nation. “The Netherlands always had a relatively progressive centre-right”, says Mudde, “but this changed when the socio-cultural agenda shifted from issues such as abortion, euthanasia and gay rights, to immigration and the EU.” Mainstream conservatism on socio-cultural issues is now challenged by new progressive parties such as VOLT and BIJ1, who campaigned precisely on issues of multiculturalism and EU integration. However, Mudde is skeptical about the possibility of a left-wing revival in the current Dutch political system: “Even when it comes to classical socio-economic issues, the Dutch left rarely takes a bold stance, and remains ambivalent on key socio-cultural issues such as immigration and EU integration.”

A growing far right, a dominant and highly conservative centre-right, and the demise of the left.  What does this mean for the future of liberal democracy in the Netherlands? “It is important to realize that the Netherlands is still one of the most open and tolerant countries in the world, even under this right-wing turn,” says Mudde. At the same time, he observes growing challenges to this relative openness: “In recent years the situation has not improved for some groups, such as Muslim minorities, but also LGBTQ communities, who have been attacked in the streets, but also by orthodox Christian parties in the parliament. Gender equality is still far from being achieved, but barely receives any attention because the Dutch have pretty much convinced themselves that this is done, this has been solved.”

Although he recognizes the threat of undemocratic forms of radical right populism, Mudde argues the that biggest threat to liberal democracy lies in the forms of undemocratic liberalism we have seen under Rutte’s rule. “If you look at what the government fell over, it was by and large racial profiling, as well as this authoritarian approach to people who are on welfare, or in this case, child benefits. We have this bureaucracy that is very distrustful of citizens, as a consequence of a right-wing idea that people who use the state, will abuse it.” Mudde also points towards a broad lack of accountability among right wing politicians: “Rutte is the prime example of that. He has disrespected and dismissed parliament. Even when his government is in crisis, he barely takes time to respond to questions and accusations.” Mudde says this closed and unaccountable way of governance is an issue that not only the left, but also centrist parties such as D66 should effectively respond to, in order to protect Dutch liberal democracy in the future.