‘The new normal’? Radical right resistance to the Dutch curfew

Over the last few weeks, the Dutch radical right has used curfew controversy to portray the government as a danger to the freedom of the average citizen. C-REX scholar Iris Beau Segers asks if the liberal-conservative VVD party might have themselves to blame, and argues that their ‘doctrine of normalcy’ has mainstreamed radical right ideas that now pose a challenge to the government’s covid-19 measures. 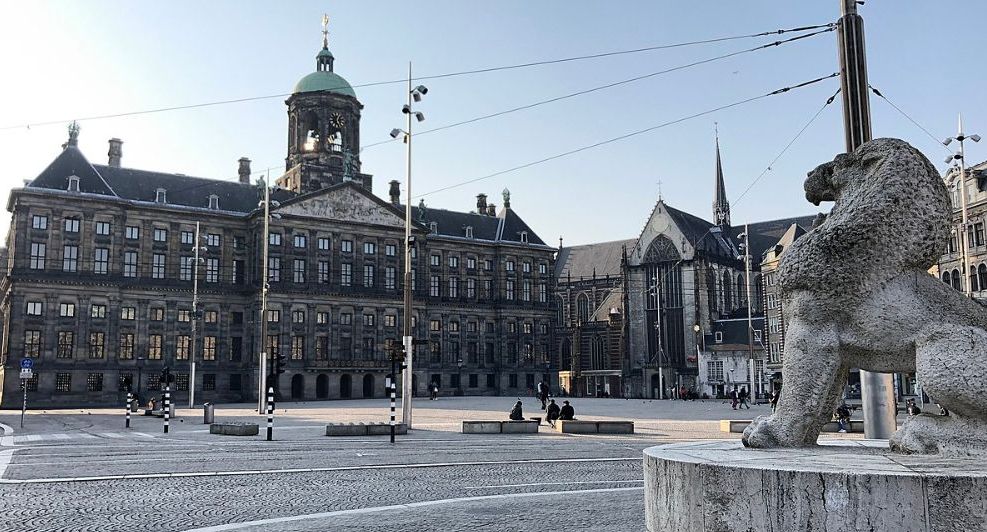 Underneath idyllic images of ice-skaters on canals and snow-covered windmills, the Dutch political sphere has recently been shook up by a series of exceptional events. In 2021 alone, we have witnessed the resignation of the Dutch government on 15 January, over a tax fraud scandal rife with ethnic profiling, which financially and socially duped thousands of parents. Merely a week later, a curfew was introduced as a measure to slow the spread of covid-19, which was followed by the most violent riots the country has seen in 40 years. Last week, a lawsuit by Coronavirus-sceptic organization ‘Viruswaarheid’ (‘Virus Truth’) led a court to order the end of the curfew, which was reinstated hours later by the government by means of an emergency appeal.

Virus Truth does not stand alone in its resistance, and has found support among the Dutch radical right, whose claims and ideas have been mainstreamed under a decade of liberal-conservative led coalition governments. Whilst their classic anti-immigration rhetoric has lost some of its immediate relevance and urgency in the midst of the pandemic, radical right parties the PVV (Freedom Party) and the FvD (Forum for Democracy) have turned against the government measures to contain covid-19. Both of these parties strongly oppose the curfew, and argue it is a deliberate attempt on the part of the elite to curb the liberty of ordinary Dutch citizens. On 24 January, the eve of the second night of riots, the official FvD Twitter account posted

Although party leaders Thierry Baudet (FvD) and Geert Wilders (PVV) have since criticized the use of violence in anti-curfew protests, they simultaneously used the curfew as a vehicle to promote a populist narrative that portrays the government, as well as the political left, as dangers to the freedom of the average Dutch citizen. The radical right is trying to walk an almost impossible tightrope of calling for citizen revolt using inflammatory language, whilst simultaneously condemning those that cross the line.

No sociological explanations for violent riots

In the meantime, Prime Minister Mark Rutte finds himself in a delicate position, as curtailing the freedom of individual citizens clashes with the core values of his liberal-conservative party, the VVD. In his reaction to the anti-curfew riots in late January, Mark Rutte fell back on his common trope of ‘normalcy’, emphasizing that ‘normal people’, who can only observe such violence with horror, still adhere to the covid-19 measures. Rioters, on the other hand, are deviant criminals that will be punished harshly. He rejected the idea that the riots are a cause for some deeper questioning, and proclaimed he had no interest in any ‘sociological explanations’ for the resistance and violence that erupted over the course of that weekend.

This is not the first time that Rutte has translated complex societal matters into definitions of (ab)normal. Throughout almost a decade of liberal-conservative rule, we have seen how the Dutch liberal conservative VVD party have consistently pushed a narrative in which ‘normal’ Dutch norms and values of individual freedom are juxtaposed against the ‘abnormal’, whether those are protesters against the racist Black Pete character, or other foreign elements considered ‘un-Dutch’.

“Act normal or go away”

In the run-up to the 2017 elections, for example, PM Rutte published a letter in two major Dutch newspapers, in which he juxtaposed ‘normal, hardworking Dutch people’ with “…people who do not want to adjust, who reject our habits and values. Who harass gays, who jeer at women in short skirts or who call normal Dutch people racist”. In the letter, he also described "a growing feeling of discomfort when people use our freedom to ruin things around here, even when they came to this country precisely for this freedom." Overall, Rutte’s advice is to “act normal or go away.”

Rutte’s doctrine of normalcy is an appeal to the ‘normal’ implicitly white, liberal, hardworking Dutch citizen, and its nativist message is aimed at beating the far right at its own libertarian, anti-immigration game. This is not unique to the Netherlands, as academics have pointed towards the increasing mainstreaming of radical right ideas across Western nations over the last few decades. However, trying to take the oxygen away from the far right has now put the VVD in a tricky position, as the doctrine of normalcy has opened up possibilities to criticize the government for its own ‘abnormal’ measures.

To curfew or not to curfew

When the virus-sceptic organization ‘Viruswaarheid’ (‘Virus Truth’) managed to bring a temporary end to the curfew last week, this provided another key opportunity for radical right politicians to protest against the alleged illiberal and disproportionate nature of covid-19 restrictions. On Twitter, Geert Wilders claims the Dutch rule of law has been supplanted by a ‘very scary Rutte-state’. The court decision on 16 February to end the curfew due to its faltering legal basis has made the government vulnerable to further criticism on its covid-19 measures. Even though the parliament has since voted in favour of the continuation of the curfew, many MPs continue to question the proportionality of the measure.

The FvD took the opportunity to compare the quickly overturned legal case against the curfew to the almost decade-long tax fraud affair that affected thousands of families, tweeting “This is class-based justice. The Netherlands is a corrupt country.” As families wrongfully accused of tax fraud were denied subsidies for legal support under a Rutte government, this is indeed a painful comparison. It also undermines Rutte's doctrine of normalcy: for years, the government treated thousands of innocent families as abnormal fraudulent criminals. Surely that is not normal?

Will ‘normal’ win the race?

Overall, the VVD's strategy of absorbing radical right rhetoric in its 'doctrine of normalcy' has mainstreamed the actors that pose a challenge to the government's covid-19 measures. The liberal-conservative monopoly of the ‘normal’ is difficult to maintain when the government needs to make decisions that curtail the freedom of individuals, in an attempt to protect vulnerable citizens and the health case system at large. The rollout of strict measures benefits the far right, who can use the situation to juxtapose ordinary citizens with authoritarian political elites who force people to stay in their homes. The VVD seems to be aware of this, as Mark Rutte's 'act normal' letter has recently been replaced with a new statement on the VVD website, in which he calls for unity, and expresses the desire to remain Prime Minister, in collaboration with 'reasonable parties'. Although he has not specified what he deems reasonable, Rutte has recently excluded the option of forming a coalition government with either the PVV or the FvD.

With less than a month left before the Dutch parliamentary elections, how might these recent developments translate into the next four years of governance? Due to various internal party rows and continued scrutiny of his racist utterances, Thierry Baudet and his FvD party have lost significant ground and have tumbled to the bottom of the polls, as Cas Mudde discusses in more detail in this previous blog post. Neither the fall of the government, nor the controversy over the curfew seems to have significantly affected Mark Rutte’s liberal-conservative party's poll position: it remains far ahead of all other parties with a twenty-seat lead, and is expected to gain 40 out of 150 seats in the elections. Geert Wilders is expected to come in second, and receive 19 seats in the current polls. For now, it seems like the VVD is somewhat backtracking on its doctrine of normalcy, in an attempt to outmanoeuvre the radical right. However, the strong electoral presence of the radical right presents a continuing challenge to maintaining a liberal democracy in which all citizens are valued, not just those considered ‘normal’.