What is Happening to the Dutch Far Right? From Wilders to Baudet… and Back To Wilders Again

This week the Dutch Forum for Democracy (FvD) experienced yet another scandal, but this time the infighting did not favor Thierry Baudet. And so, four years after founding the party, and less than half a year before the next Dutch parliamentary election, Baudet has resigned as party leader, and withdrawn from the top spot on the electoral list, and we can all refocus our attention on the real leader of the Dutch far right, Geert Wilders. 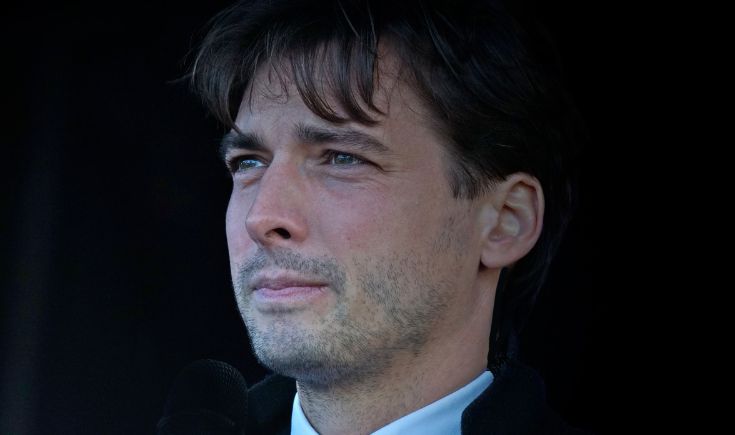 In the past years “Dutch Bad Boy” Thierry Baudet has been hailed as “the new face of the European alt-right” and “Europe” was advised to “worry” about him. Yesterday, Baudet resigned as leader of the far-right Forum for Democracy (FvD), and withdrew from the top spot for the parliamentary elections of March 2021, while the party’s only other MP, Theo Hiddema, declared himself “politically incapacitated“ and left the Dutch parliament immediately. What happened and what can we learn from this about the Dutch far right?

A Party of Scandals and Infighting

This week’s implosion was very long in the making. In fact, one could argue that it was inherent to the party. FvD was founded as one of various small far right parties that tried to capitalize on the surprising success of the 2016 “Ukraine referendum” in the Netherlands. It was the only one to be (slightly) successful in the 2017 parliamentary election, winning just 1.8 percent of the vote and 2 seats. But just months later the party was already absorbed by internal fighting, leading to the leaving or expulsion of several prominent members in 2018, a process that has continued to this day. The most striking conflict was with co-founder Henk Otten, who was expelled last year, and was able to take some FvD representatives with him.

Initially, the infighting did not stop the rise of the party, however. Within a few years the FvD claimed to have the biggest membership of any political party in the Netherland, with some 44,000 members. The party was the big winner of the provincial elections of March 2019, becoming the (shared) biggest party in the largely powerless Senate. However, the FvD underperformed in the European elections two months later, coming fourth with “just” 11 percent. Since then, it had hovered around ten percent, until it dropped again in the past months, in part because of Baudet’s erratic positions on COVID-19.

So, what was the latest scandal about? In the last week, Dutch media have reported on antisemitic and racist messages in app groups of the party’s youth branch, the Youth Organization Forum for Democracy (JFvD). Most prominent party members demanded quick and drastic actions, from expelling JFvD leader Freek Jansen from the party and electoral list to disbanding the youth branch altogether – as the Sweden Democrats, with whom the FvD sits in the European Conservatives and Reformists (ECR) group in the European Parliament, had done with its youth branch in 2015. Baudet only supported an investigation of the allegations, rejecting a “trial by media” and standing with Jansen, who is also his parliamentary assistant. This time, the party did not side with Baudet.

Why was this one scandal too far? Accusations of antisemitism and racism have followed Baudet, and several of his now challengers (like Senator Annabel Nanninga), for years. He has warned against the “homeopathic thinning” of the Dutch people and has used the (Nazi) term “Boreal world”. And he has met with Jean-Marie Le Pen in Paris in 2009 and with notorious American racist Jared Taylor in Amsterdam in 2017. In other words, this was far from the worst scandal for the party and for Baudet himself.

What has changed is that the Dutch media has lost its fascination with Baudet. Bored by the one-dimensionality of far-right mainstay Geert Wilders, one of the few Dutch political leaders without a university degree, the Dutch media was enamored by the attractive, eccentric, and self-confident Baudet. Moreover, expressing a deep-seated classism, they trivialized his racist and sexist statements as “provocations” of a “frat boy” – after all, how could some like “us”, a university-educated white man, be a racist? But with time it became increasingly difficult to deny the racism and sexism, while Baudet became more and more hostile towards the media.

In many ways, Baudet is just a rehash of Pim Fortuyn, the right-wing populist trailblazer that started the mainstreaming and normalization of far-right opinions and parties in the Netherlands. Like Baudet, Fortuyn was eccentric and university-educated, “our kind of people”, which helped him overcome accusations of racism in the broader establishment and media. Fortuyn was tragically assassinated shortly before the 2002 election, which made him the Jimi Hendrix of Dutch politics; i.e. he died at his prime. Undoubtedly, had Fortuyn lived to lead his List Pim Fortuyn, LPF, his personality would have caused a party implosion too.

The FvD implosion will hopefully refocus the discussion on Dutch far right politics to Wilders and his one-man band, the Party for Freedom (PVV). In fact, it is in part a vindication of his controversial choice to limit PVV membership to just one – although, legally, there are two members, Wilders and a foundation with only one member, Wilders. While people have seen this unique feature as evidence for his “fascist” ideas, it is actually a response to the chaos that played out within the LPF after Fortuyn’s assassination – from fighting ministers to a party chairman arrested for sending threatening letters to his own party.

With the PVV back in second place in the polls, less than half a year before the parliamentary election, Wilders will feel yet again strengthened in his original choice. As another flamboyant “intellectual” far right contender bites the dust, the boring “common” far right mainstay picks up the electoral debris and gets ready to take centerstage once again.