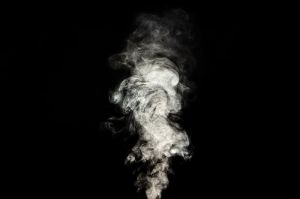 Late on Wednesday 19th of February, a gunman approached two different shisha cafes in Hanau’s city centre and opened fire, fatally wounding nine and injuring many more. The police identified the number plates on his vehicle and subsequently raided his house in the early hours of Thursday 20th where they found the bodies of the perpetrator and his mother. At the time of writing, the identities of many of the dead have not been formally released, but it is locally believed that many of them are of Kurdish and Turkish origins. The attacker has been identified as a forty-three-year-old, German national Tobias R., who possessed a weapons’ permit. Initial analysis of the killer’s twenty-four-page manifesto by German radicalisation expert Peter Neumann, has confirmed that the attack was motivated by his far-right beliefs. The killer expressed his hatred for foreigners and non-white people and called for the extermination of entire populations in Africa and Central Asia.

In contrast to the attack on the Jewish community in Halle in October 2019, in which the far-right gaming scene became a central focus in attempts to understand the Tobias R.’s radicalisation process, the Hanau shooter does not seem to have been particularly immersed in the far-right ‘Chan’ milieu.  Yet,  in the lead-up to the attack, he left a rambling “personal message to all Americans” in a video on his website in which he exhorted Americans, in English, to rise up and storm secret bases where children were being killed and criticised the ‘mainstream media’, thus once again re-enforcing the transnational dimension of much contemporary far-right mobilisation. At the time of writing, it is not yet clear if he had contacts with the local far-right scene. Local police sources have stated that he was not on their radar.  This could reflect policing priorities, which have until recently generally under emphasised the danger posed by the German far-right milieu or alternatively, be a result of a rapid radicalisation process. In many cases, lone actors can transition quickly from plotting to actually conducting an attack.

Far-right Terrorism in Germany on the rise and increasingly diversified

Ongoing research by the Right-wing Terrorism and Violence (RTV) project at the C-Rex centre in the University of Oslo shows that fatal far-right violence is on the decrease across Western Europe since the peak of more organised violence in the early 1990s. Yet, a few countries most notably Germany, show persistently high levels of far-right terrorism. Worryingly, violence in Germany has become increasingly diversified; organised clandestine networks remain a danger as evidenced by the notorious case of the NSU’s campaign (1999-2011) and the police’s nation-wide raid in mid-February against a group, which sought to trigger a civil war by the targeting of refugees and politicians. Other far-right movements like the thousands strong Reichsbürger are known to have stockpiled weapons and have committed acts of violence. And reflecting global trends toward an increase in lone actor terrorism, Germany has been marred by the far-right’s 2019 attacks against a synagogue in Halle and the  killing of a politician Walter Lübcke because of his stance on refugees in Kassel. The mayor of Cologne, Henriette Reker, was also stabbed for a similar reason in 2016. Therefore, the Hanau attack is consistent with wider patterns of far-right terrorism.

Psychological difficulties are rarely the underlying cause for lone-actor violence

It has long been established that although lone actor terrorists perpetrate attacks on their own, their political socialisation and ultimately radicalisation, is an inherently collective process. Their so-called loneness is in all cases, relative:  the overwhelming majority of lone actor terrorists attackers have various ties and relationships with both online and real-world radical milieus, usually a combination of both. Many have tried and failed to integrate into radical milieus and networks, others have been involved in them before disengaging to some extent, while some lone actors have social and behavioural limitations often linked to psychological conditions that render them ill-suited for membership of violent groups. The immediate trigger for a violent attack can often be attributed to a constellation of personal and political issues, motivated by salient political developments, the imitation of analogous attacks or more banal causes, such as losing a job or the breakdown of a personal relationship. Much research has focused on the tendency for lone actor terrorists to report higher rates of psychological distress than both the general population and members of armed groups. Indeed, preliminary evidence suggests the Hanau perpetrator may have been afflicted with psychological difficulties. This research shows that mental illness itself is rarely the underlying cause for violent attacks or campaigns of political violence; millions of people are affected by psychological ailments and never engage in any form of politically oriented violence. Accordingly, mental illness should only be considered as one of many dimensions of the process of lone actor radicalisation. Regrettably, mental illness is often (mis)used by interested parties, to downplay the importance of the political environments, which shape lone actors’ worldviews and, in their eyes, legitimise, if not compel, them to engage in violence for their specific cause.

A breakdown in trust between Germans of immigrant backgrounds and the authorities?

In the wake of the attack, a series of vigils have been called in dozens of cities across Germany in opposition to right-wing extremism and in solidarity with the victims in Hanau. Although key political figures have been swift in their condemnation of the attack, their condolences ring hollow in light of how the German state treated previous instances of far-right terrorism. Firstly, in the face of evidence provided by the Kurdish and Turkish communities, for years, the police attributed responsibility for the infamous NSU terror campaign to an array of ethnic prejudices: PKK extortion, Turkish mafia, gambling debts and jealousy rooted in marital infidelities. In January 2007, a publication of the Baden-Württemberg State Office of Criminal Investigations asserted: “Given that the killing of human beings is highly taboo within our cultural space, we can safely assume that the perpetrator is, in terms of his behavioural system, located far outside our local system of values and norms”. Secondly, Hans-Georg Maaßen the former President of the Federal Office for the Protection of the Constitution, the institution tasked with gathering intelligence on organisation which could potentially endanger the German constitution (for e.g. far-right terror networks), was deposed in 2018 due to his repeated pronouncements against migrants and downplaying of far-right violence. The Hannibal scandal, is a third reason why popular trust in the authorities capacity to protect minorities in Germany has declined. In 2018, it became known that far-right elements within the army and police had begun to actively organise and engage in paramilitary-style training in preparation for ‘Day X’, when they would take up arms. In the Hanau case, dismay is even more pronounced for Germany’s Kurdish community which has battled against its collective stigmatisation by authorities as supporters of Kurdish terrorism. Germany’s Kurds have also suffered violent attacks in from the elements of the Turkish far-right, thus suffering a form of double victimisation.

To exacerbate the institutional failings inherent in the policing of the far-right, Germany’s political mainstream just recently broke a long-standing convention to marginalise the parliamentary radical right. Although the AfD is arguably an ideologically inconsistent party, its Thuringia branch is incontrovertibly and unapologetically close to the far right. A 2019 court judgement decried that its leader, Björn Höcke, can be legally described as fascist and he openly courts the support of extra-parliamentary far-right movements like Pegida. Nevertheless, in Thuringia’s regional parliament, the FDP and the CDU in order to prevent a left-wing minority government, accepted the support of the AfD to elect FPD candidate Thomas Kemmerich as state Premier. Although the decision was subsequently reversed, a symbolic barrier was breached; the far-right had been accepted as a legitimate political actor.

Outlook for the future

German society and its political institutions in particular, must look beyond convenient explanations for Wednesday’s massacre and avoid incorrectly attributing its responsibility to the actions of one mentally ill individual. It should rather reflect on the institutional, political and social factors which have re-invigorated the far-right in all its forms; in factions of elected parties at regional and national levels, in social movements like Pegida, on football terraces, in nascent clandestine cells embedded in the army and police, and of course in the violence of far-right lone actor terrorists as evidenced in Hanau. In the short-term, the offices of the state should immediately extirpate any far-right sympathisers from within. Political parties must reject the lure of short-term political advantage and principledly reject any co-operation with parties of and sympathetic to the far-right, at all levels. And, finally, the false equivalence between left and right political extremism which characterises much of the state’s security policies is not justifiable in terms of the far-right’s demonstrated capacity for terrorism.

*Update 21/2/2020, 14:11 AM: The first version of this blog post included an argument about the perpetrator possibly being a case of "the globally identified overlap between the far right and misogynistic Incel milieus". However, after further analysis of his manifesto it 's clear that, beyond stating that he had not had a relationship with a woman for 18 years, there's no further evidence to suggest that this killer was embedded in, or inspired by, the Incel milieus.

Dr. Francis O'Connor @MonageaFrancis is a fellow researcher of the Centre for Social Movement Studies at the Scuola Normale Superiore, Florence. His research focuses on lone actor radicalisation, social movements and insurgencies, and he has participated to the C-REX project on Terrorism from the Extreme Right.