UiO Faculty of Social Sciences C-REX - Center for Research on Extremism
Main navigation
Back to uio.no
Sub navigation Menu
News and events > Blog > 2018 > Why Do Women Leave the Far-Right?

Why Do Women Leave the Far-Right?

Why do people leave far-right extremism?  Do they simply tire of the hateful messages?  Is it too difficult to stay attached to a politics that one’s friends and family reject? 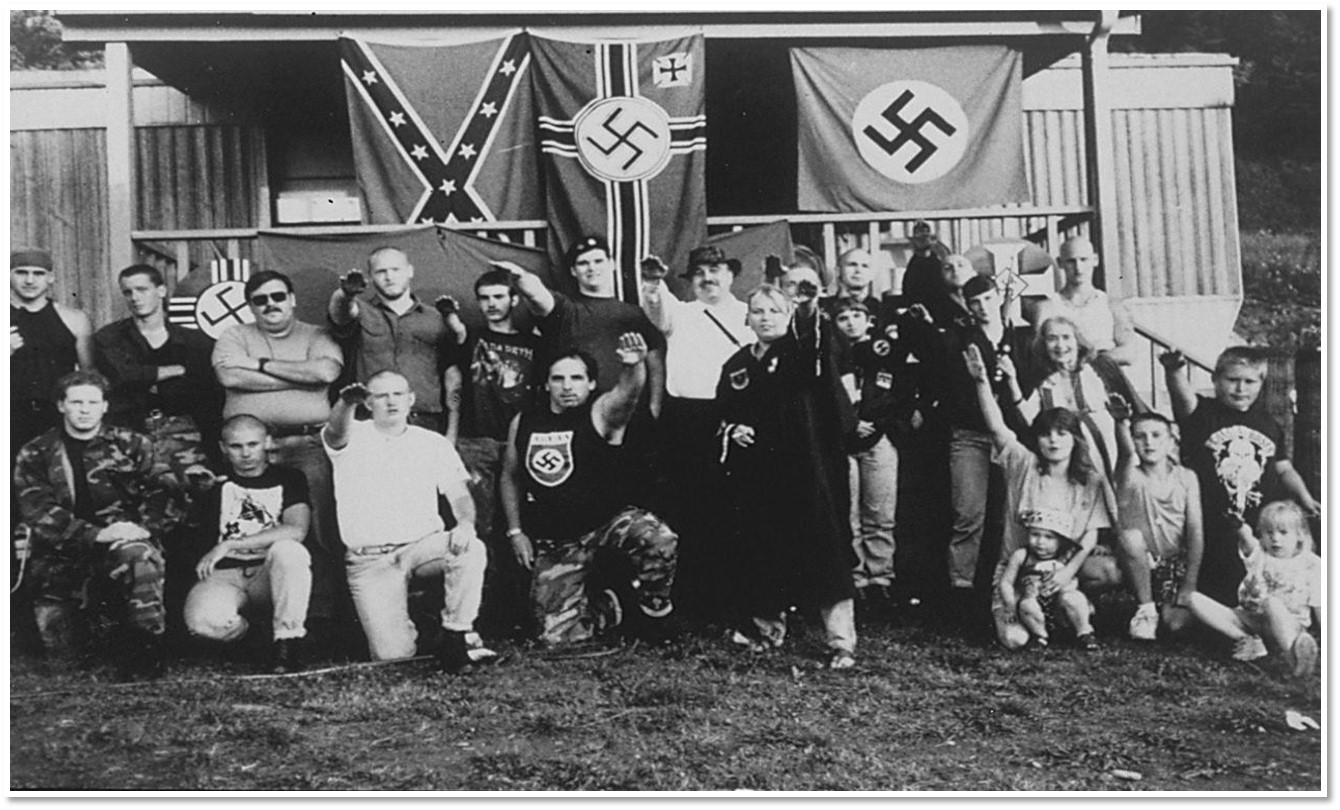 Scholars have uncovered much information about why people are attracted to right-wing extremism. But surprisingly little about why they leave.  Yet, knowing why people exit is as critical as knowing why they join if we are to reduce the threat that the far-right poses to democratic and multicultural life.

In our just-completed study of former white supremacists in the U.S., we discovered information about exit from the far-right that can prove valuable for activists and policymakers. In this blog, we focus on the 21 women we interviewed who had left neo-Nazi, Ku Klux Klan, and white supremacist groups.

Why do women leave?

Let’s look at the case of Lacy (a pseudonym), who drifted into a white supremacist skinhead group her biker boyfriend put together. Once in the group, Lacy learned to think that Hitler was “okay,” undisturbed by the fact that she had Jewish family members. As she stayed in the group, though, Lacy began to have misgivings. She especially worried about the other skinheads who were “more into [being] drunk and partying than actually doing anything.” But she didn’t leave. It was only when she felt betrayed by discovering that her boyfriend’s affair was well-known among her comrades did Lacy decide to denounce skinhead ideology and leave the group.

This is a common pattern among former far-right women. They often float into far-right politics through a personal connection – a boyfriend, neighbor, friend, or sibling.  Ideology tends to come later, after they are embedded in a social world of right-wing extremists and embrace a far-right identity. But their ideological commitment is no less fervent despite its adoption later on.

So, how do they get out?

We find that for most female formers, leaving is a three-step process: becoming disillusioned, finding it imaginable to leave, and seeing life on the outside as possible.

The first step is that they become disillusioned with the group, often for reasons that are somewhat unconnected to the group’s far-right beliefs. Lacy first became disillusioned because other members weren’t sufficiently committed to the cause. More commonly, we found that women are first disillusioned as a result of conflict with other members. Feeling betrayed by other women members is particularly disheartening to them. It isn’t surprising that problems with other members would sour women on far-right groups since almost 40% of them came into right-wing extremism hoping to find a healthy and welcoming family that could substitute for the troubled relationships they had on the outside: “I didn’t have a family or a home and these people offered family … I thought that was all very moral.”

Disillusionment also sets in because of the violence that permeates the rhetoric and, for many groups, actions of white supremacism and other forms of far-right extremism. Women become disaffected when their lives are swamped by a constant cycle of fighting and conflict: “we were attacked as much from within the movement as we were attacked from without.” They feel exhausted and often ashamed.

And women lose faith in their white supremacist groups as they become hobbled by the gender and sexual hierarchies that define the far-right. Their aspirations to be powerful racial warriors are crushed under the pressure for women to bear white babies, provide sexual services for racist men, or tend to the “womanly” tasks of cleaning, cooking, childcare, and sustaining their male comrades.

So, do these disillusioned women just leave? No, not right away. And some don’t exit for a long time.

Even when women are quite negative about their groups and other members, they tend to stay. Four things keep them in. One is their sense of commitment to a righteous cause, their “racial pride” or deep allegiance to the group’s ideas and agenda. Another is a feeling of personal fulfillment that the group allows them to use their talents or discover new strengths. Social ties can be important too; women often remain because their friends or intimate partners are in the group. But staying can also reflect more negative experiences. Women stay because they find the violence exciting, or because they fear that leaving would make them even more vulnerable to violence from outsiders or former comrades. They stay because they can’t figure out how to leave safely.

When do they finally decide to leave?

The women we studied all eventually left white supremacism. As we found, exit involved a second step: something happened to them that made leaving imaginable.

Women remained in white supremacist groups during periods of considerable violence. They didn’t necessarily leave when they were the target of violence.  Nor when they committed violence that they later regretted.  Nor even when cataclysmic violence roiled the movement and brought a dramatic increase in government surveillance, as in the aftermath of the 1995 bombing of the federal building in Oklahoma City. But when violence got close to their children, women left. Women whose children became involved in violence inside or outside the group left, as did women whose children were the targets of physical or sexual violence. In other words, women left when leaving seemed imaginable and staying became unimaginable.

There was a third step as well. Women left when life on the outside appeared possible. Far-right groups are effective at making outside life seem impossible by instilling deep fear in their members. They learn that the race war is underway, that extreme Islamic codes are being enforced on non-Muslims, and that whites are endangered, silenced, and vulnerable. Such fears are powerful disincentives to leave, even for far-right members who are very disillusioned with their groups.  But a personal experience can shatter that fear. Women left after they met someone on the outside who became a friend. Or when they took a social science course at a local college that opened their eyes to a different interpretation of society.  Or when they got to know someone who was Jewish, gay, or African American.

In other words, women exited from white supremacism when they had a way to do so.  Women are best able to leave situations of domestic violence when they have someone to take them in.  The same is true for leaving the far-right.  A link to a program or person on the outside makes all the difference in whether a disillusioned woman will make the leap to exit the far right.  And whether she will stay out.

This project was supported by Award No: 2014-ZA-BX-0005 from the National Institute of Justice, Office of Justice Programs, U.S. Department of Justice to RTI International, the Harry Frank Guggenheim Foundation and the National Consortium for the Study of Terrorism and Responses to Terrorism (START) project, “Recruitment and Radicalization among US Far-Right Terrorists” as well as the Department of Homeland Science and Technology Directorate’s Office of University Programs through Award Number 2012-ST-061-CS0001, Center for the Study of Terrorism and Behavior (CSTAB) 2.1 made to START to investigate the understanding and countering of terrorism within the U.S. The opinions, findings, and conclusions or recommendations expressed in this publication/program/exhibition are those of the authors and do not necessarily reflect those of the US Department of Justice, RTI,  Department of Homeland Security, START, or the Harry Frank Guggenheim Foundation