Why are some Italians shooting migrants? Far-right terrorism, anti-migrant discourse and the Italian election

As all parties are trying to outflank each other on anti-immigration discourse, the acceptance of a logic of migration crisis has come to dominate the 2018 electoral campaign, says Pietro Castelli Gattinara and Francis O’Connor. 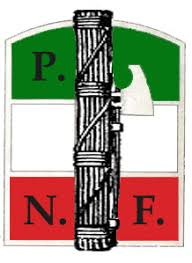 On Saturday February 3rd, a 28 year old far-right activist Luca Traini went on a shooting rampage in the small town of Macerata in central Italy. Over the course of a few hours, he randomly shot and wounded 5 men and one woman of African origin. He was eventually apprehended by police wrapped in an Italian flag, in front of a monument to Italy’s war dead, performing the Roman salute and screaming “Viva l’Italia”. Traini claimed that he had heard a radio news report detailing the arrest of a Nigerian drug dealer as a suspect related to the local death of a teenage girl Pamela Mastropietro, when he decided to get his legally held gun and “kill them all”, referring to the local African community. Notwithstanding the attack’s evident racial motivations, the aftermath of the shootings has been framed in terms of migrants as a source of tension rather than focusing on the far-right milieu as a generator of political violence.

Recent research has strongly questioned the utility of framing attacks by lone actors as a purely individual phenomenon, showing that the overwhelming majority of lone actors who conduct violent attacks have social ties to an array of political groups and actors. Rather than considering their loneness as an inherent defining quality it is better understood as a relative state varying across time and encompassing both online and offline milieus. Findings from the PRIME research consortium at the University of Aarhus have identified two overarching patterns of radicalisation along a spectrum from limited integration on the margins of movements to greater embeddedness in them. Embedded lone actors (such as Traini) are usually immersed in their radical milieus of preference, combining non-violent forms of activism (campaigning in elections, lobbying and outreach) with separate individual violent plots. The reason why they conduct solo projects vary, including lack of belief in their comrades’ commitment to violence, endorsement of the strategy of ‘leaderless resistance’, exclusion from clandestine plots by their co-ideologues, as well as personal crises or external triggers. Notwithstanding its bloody history of fascist violence, Italy has witnessed a relatively low incidence of far-right LAE terrorist attacks. In a forthcoming paper with Lasse Lindekilde, we argue that the plurality of far-right actors in Italy provide a collective outlet where violence can be realized. In that paper, we analyse the 2011 attacks by a Casa Pound sympathizer Gianluca Casseri in Florence in which, similarly to Traini, he targeted random street traders of African origin on the street, killing two and injuring more.

From what has so far been reported about Traini, it is known that he had worked in the security sector, before last year losing his position as a night-club bouncer. Since then he worked part-time as a manual labourer or as a security guard in a supermarket. Until recently he had lived at home with his mother and grandmother. He regularly frequented the gym and immersed himself in the local far-right scene. He was convinced that Italy’s ongoing economic problems were related to inward migration and after becoming unemployed stood as a candidate for the radical right populist party Lega Nord. He did not obtain even a single vote. His behavior thereafter became increasingly erratic and he was banned from his gym for racist jokes and Nazi salutes. He participated in the recent mass demonstration organized by the neo-fascist organisations CasaPound and Forza Nuova in Rome. He was unashamed of his political stance and had a number of Fascist and Nazi tattoos, including a visible one on his forehead.

He was also known to have suffered from some psychological conditions and had been diagnosed with borderline personality disorder. Although, lone actors disproportionately present with various mental illnesses, this should not be regarded as a causal factor in their violence; the overwhelming majority of right-wing people with diagnosed mental illnesses do not engage in violence. Mental illness is rather one aspect of a broader pattern of radicalisation shaped by their immediate social environment. Traini was an individual who had harboured far-right and anti-migrant convictions for many years, however, in the last year, he seems to have become ever more radicalised, culminating in Saturday’s terror attack. This combination of deeply internalized political views with a period of personal crisis is recurrent in most patterns of lone actor radicalisation. It is conceivable that the sense of local outrage following Mastropietro’s death  and the public upsurge in anti-migrant hostility which accompanied it, combined with Traini’s hatred of migrants, led him to feel both compelled and importantly, justified to act.

The radical milieu in which Traini was embedded included both populist radical right groups involved in local electoral politics, as well as neo-fascist groups mainly engaged in street protest and violence. With the decline in right-wing terrorism in the 1980s, the heirs of the Italian Social Movement (Movimento Sociale Italiano) – the most enduring neo-fascist organisation in any advanced industrial country – transitioned to national conservatism. The populist right-wing arena was soon dominated by the Lega Nord, which took up separatist and anti-immigration issues, and by a multiplicity of neo-fascist movements involved in extra-parliamentary politics and subcultural activism. Despite this fragmentation, common ground was found in shared opposition to immigration.

The “echo-chamber” for radical anti-immigrant discourse in Italy thus spans the institutional and extra-parliamentary realms. Under the leadership of Matteo Salvini, the Lega Nord intensified its opposition to the arrival of migrants, progressively descending into explicit racism. Speaking about migration in early 2017, Salvini stated that Italy “needs a mass cleansing, street by street, neighbourhood by neighbourhood, doing this the hard way if needed, because vast parts of Italy are out of control”. At the grassroots level, the so-called refugee “crisis”, resulted in a form of competitive escalation between CasaPound and Forza Nuova, which in turn served as a catalyst for anti-immigration mobilisation. Previously political constraints had largely confined the Fascist-inspired cult of violence of these groups to their semiotic repertoire and socialisation rituals, but the contrived sense of urgency dominating public debates on migration enabled them to capitalize on the migration-criminality nexus. This has led to a notable escalation in symbolic and physical violence, including street confrontation, targeted attacks against refugee camps, and unpublicised forms of violence by means random punitive expeditions against migrants. Indicatively, in a few days before the Macerata shooting, Forza Nuova hung banners across Rome declaring “No mercy for you animals: Italy for Italians”.

Extant research on radicalisation, and emerging evidence concerning the Macerata shooting, leaves little doubt that the root causes of this example of far-right terror is not reducible to the actions of one mentally unstable far-right militant. The causes are much broader, certainly including Traini’s individual proclivity for violence, but his motivation to act was shaped by an a combination of an aggrieved local context, a political socialisation in violent movements and public discourse that consistently emphasizes the link between migration and Italy’s various crises. Italy’s public debates on migration over the past months have been a veritable race to the bottom between parties hoping to stem their declining popularity by indulging in the anti-immigration hyperbole of the far-right. Scapegoating of Italy’s migrant community has not been limited to the political right, the incumbent Partito Democratico (centre left) and the populist challengers of the 5 Star Movement have also endorsed parts of the  large parts of the security narrative on migration, by supporting  vociferous campaigns against NGOs that operate rescue ships in the Mediterranean.

As all parties are trying to outflank each other on anti-immigration discourse, the acceptance of a logic of migration crisis has come to dominate the 2018 electoral campaign, and been further exacerbated by heightened neo-fascist activism. Even more worrisome, is that the broader reactions to the shootings have not contested this underlying logic. Neo-fascist movements, and most notably Forza Nuova, have lauded Traini’s actions and promised to pay his legal costs. While other right-wing groups have not gone this far, they have all qualified their condemnation by acknowledging that Italians are exasperated by insecurity and migrant criminality. In the wake of such a tepid reaction to the attacks, the prestige afforded to Traini in certain parts of the Italian far-right, there is a very real danger of emulative violence in the near future.

Pietro Castelli Gattinara is assistant professor at the Centre for Research on Extremism, University of Oslo, and a member of the COSMOS centre on social movement studies. His research focuses on comparative politics, the far right and migration in Western Europe. He is currently leading a comparative research project on collective action against migration during the refugee crisis. He recently published The Politics of Migration in Italy (Routledge, 2016). His work on public debates on the Charlie Hebdo attacks appeared on international peer-reviewed journals including South European Societies and Politics and British Journal of Politics and International Relations. @PietroCastelliG

Francis O’Connor is a senior researcher at the Peace Research Institute Frankfurt and a member of the Centre on Social Movement Studies network. His broad research interests are civil wars and contentious politics, along with a particular interest in the overlap between social movements and political violence. He has recently published a number of articles and books on the PKK, lone actor radicalization and social movements in Ireland and Catalonia. He is currently writing a book on the PKK and its support networks. @monageafrancis