The radical right party profited from the fact immigration was the number one election issue. But can its breakthrough last? C-REX researcher, Cas Mudde, explains the German election and the rise of AfD. 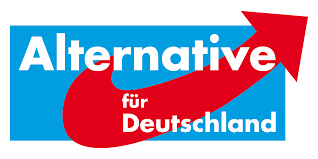 In 1991 Belgium had its (first) black Sunday, when the populist radical right Flemish Block gained 6.8% of the national vote. Since then many other western European countries have gone through a similar experience, from Denmark to Switzerland. And now, even the ever stable Germany has its own schwarzer Sonntag, and it’s blacker than most people had expected.

The populist radical-right Alternative for Germany (AfD) party not only enters the Bundestag, the German parliament, but does so almost certainly as the third biggest party, with a stunning 13.3%, an increase of 8.8 percentage points according to the exit poll. Moreover, both the centre-right CDU/CSU and the centre-left SPD scored their worst electoral results in the postwar era, with 32.5% and 20% respectively. This means that AfD got two-thirds of the SPD vote, and 40% of the CDU/CSU vote.

Polls from German state TV, showed that AfD has its Hochburgen (strongholds) in the former communist east of the country. While it scored on average 11% in west Germany, it got 21.5% in east Germany, almost twice as much. This is in line with its results in the regional state elections, in which AfD also gained its largest support in the east.

AfD got more votes from past non-voters (1.2 million) than from the CDU/CSU (1 million) or SPD (500,000). In many ways this is an anti-Merkel vote, reflecting opposition to her controversial Willkommenspolitik towards refugees, which not only pushed some voters of mainstream parties to switch but also mobilised previous non-voters. The same poll also shows, for example, that 89% of AfD voters thought that Merkel’s immigration policies ignored the “concerns of the people” (ie German citizens); 85% want stronger national borders; and 82% think that 12 years of Merkel is enough. In other words, AfD has clearly profited from the fact that immigration was the number one issue in these elections.

Does this shocking result mean that AfD is going to be the third force in German politics in the future? There are many reasons to doubt this. First of all, the poll showed that a stunning 60% of AfD voters voted “against all other parties” and only 34% voted out of conviction for AfD. This is in sharp contrast to voters of all other parties. More than 70% said that it would be good if you could vote for CSU outside Bavaria – CSU is a much more conservative and rightwing party than Merkel’s CDU, but only contests election in the southern state – while 86% think that the party does not distance itself enough from “extreme right positions”.

In short, the relationship between AfD and its voters is weak, and is mostly defined by opposition to other parties rather than by support for AfD itself. And beyond its own voters, AfD still seems highly controversial. Only 12% of all Germans were “satisfied with the political work” of Alice Weidel, the co-leader of AfD, with Alexander Gauland. This was by far the lowest of all party leaders; even significantly lower than the 44% for the highly controversial Sahra Wagenknecht, deputy chairwoman of the radical left Die Linke.

On top of that, electoral breakthrough is different from electoral persistence. Most new parties in general, and populist radical parties in particular, find it hard to constitute a big, coherent faction in the national parliament. This is particularly the case for populist radical-right parties in Germany, as we have seen already in state parliaments with Die Republikaner (the Republicans) and the German People’s Union in the 1990s. AfD has also struggled in several state parliaments, with infighting between “moderates” and “extremists”. This will be even worse in their roughly 90-member Bundestag faction, which will house several ideological and regional subfactions, from a few “bourgeois conservatives” to a majority of populist radical rightwingers, and a few extremists.

The German results will fuel a return to the “rise of populism” frame that has dominated 2016 and early 2017, but was somewhat muted by the Dutch and – particularly – French elections. Like all other elections, the German elections are first and foremost national elections, but there are broader lessons to be learned.

First, while populist radical-right parties peaked in the polls in 2016, at the height of the hysteria over the “refugee crisis”, their election results in 2017 are still close to, or even higher than, their historical top scores. This applies to the Dutch Freedom party, the French Front National, and now to AfD in Germany. According to polls, it will also hold for the Austrian Freedom party, which is set to enter the coalition government after next month’s parliamentary elections.

Second, in the past years several rightwing populist parties have radicalised and transformed into populist radical right parties, such as AfD, the Finns party in Finland, and Ukip in Britain. This always leads to internal struggles, and the exit of more “moderate” cadres – who often found their own, new party, while the vast majority of supporters tend to stay with the more radical party; as was also the case with the Front National in the 1990s and Austria’s Freedom party in the early 2000s.

Third, and finally, as populist radical-right parties gain votes and seats in ever more European countries, the mainstream right and – particularly – left parties are slowly but steadily losing them. This means that party systems become more and more fragmented, slightly dominated by one or two medium-sized rather than big parties. In such a fragmented structure populist radical-right parties can become highly influential, although they tend to be more obstructive than constructive, even if they have “only” 10% or 15% of the vote.

At this moment commentators are arguing that German politics has experienced a “seismic shock”. This is true, but the current election result mainly shows de-alignment from the mainstream parties, rather than re-alignment to AfD. For that to happen, AfD will have to build a coherent and cohesive parliamentary faction that has few internal struggles and personal scandals. Based on German history, as well as European precedent, that is highly unlikely.

This Op-Ed was first published in The Guardian (September, 2017)