UiO Faculty of Social Sciences C-REX - Center for Research on Extremism
Main navigation
Back to uio.no
Sub navigation Menu
News and events > Blog > 2018 > What is the problem with the Nordic Resistance Movement?

What is the problem with the Nordic Resistance Movement?

When the limits of democracy and the rule of law for threats and abuse are overstepped, the authorities must react – decisively. 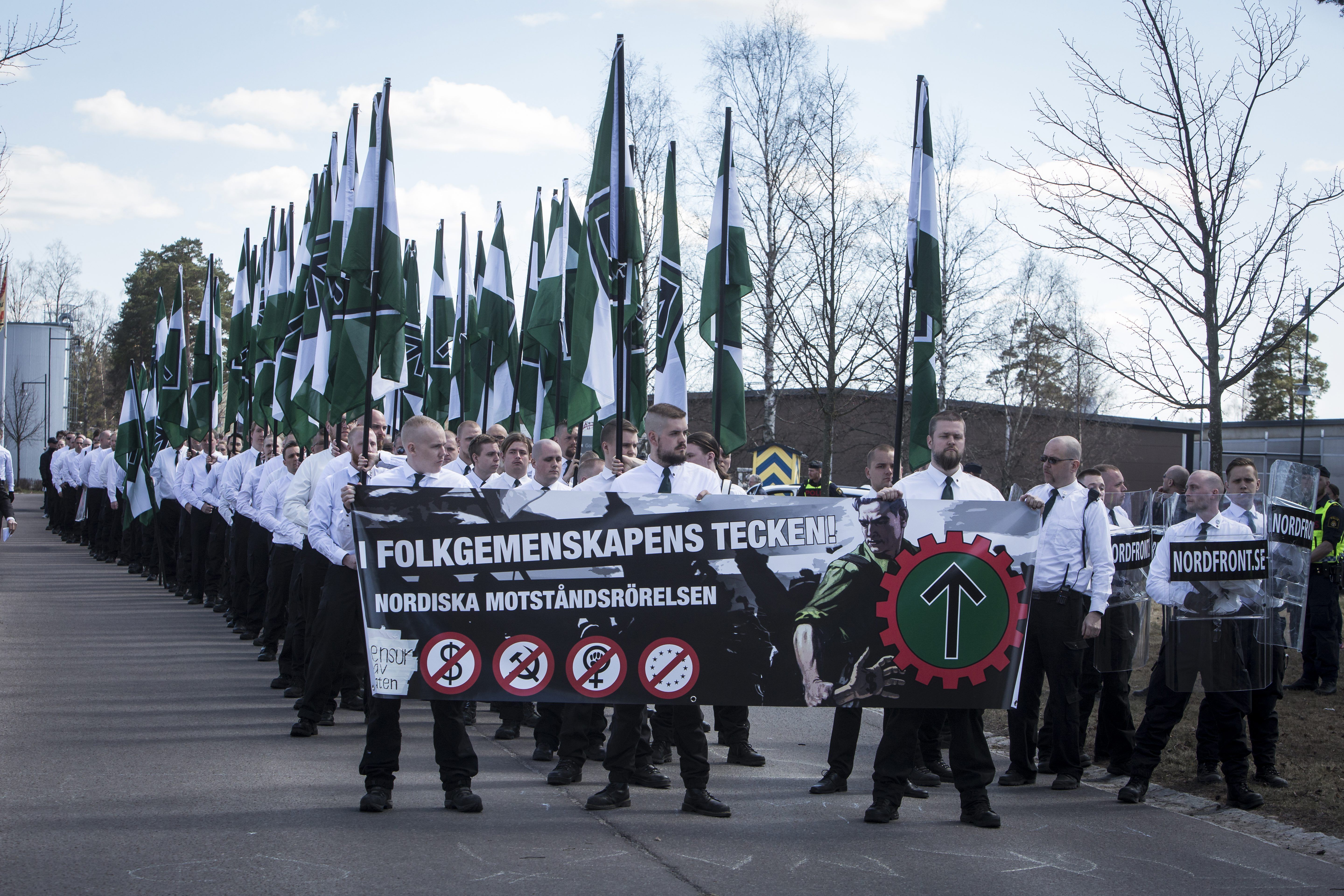 Right now, the neo-Nazi organisation calling itself the Nordic Resistance Movement (NRM) is working systematically to expand its presence across the Nordic region. The movement currently comprises several hundred members in Sweden, less than a hundred in Finland, and a few dozen active members in Norway.

The group’s objective is to establish a racially pure Nordic nation, and it is willing to use physical force to achieve this objective if that should be deemed relevant and necessary. In the meantime, the NRM has been specialising in pushing the limits of democracy and the rule of law through harassment, threats and violence against opponents and the police.

Such episodes could be considered trivial compared to other serious crimes the police have to deal with. Subtle threats and street fights can also be difficult to prosecute due to a lack of evidence. It would therefore be easy to just shrug our shoulders and look the other way. But we should not do that.

When threats, harassment and violence are systematised and orchestrated by a revolutionary resistance group, the authorities must take it seriously.

The danger is not that this group will achieve political power on a national level, the danger is actually that victims of threats, harassment or violence will not be properly protected by our authorities, and will, in a worst case scenario, be intimidated into silence. This is already happening in some local communities, and we cannot tolerate it.

This development has gone furthest in the Swedish municipalities of Borlänge and Ludvika, where large parts of the NRM leadership, including the leader of the Norwegian branch, are living together with other key activists.

The NRM has also been able to get elected representatives to the local council here by giving extra person votes to its own candidates on the Swedish Democrats’ election lists, an opportunity in the election system they are taking full advantage of.

Moreover, during local council meetings, NRM members attend the meetings in great numbers, filling up public gallery seats and filming everything that is said. Afterwards, politicians who have spoken out against the movement are “interviewed” and confronted.

After local council meetings, some local politicians have had NRM activists on their heels when they went to their parked cars, which has frightened some people so much that they have resigned from their posts. Other politicians, council workers and opponents have received subtle threats along the lines of “Nice house you have there...”, or have found stickers on their front doors or on the street lamps outside their homes featuring a picture of gallows with the slogan “Reserved for traitors of the people”.

By using such methods, the NRM spreads fear and gains influence far beyond its extremely limited public support.

The dissatisfying answer to this question is: yes and no. As the situation stands today, the NRM is generally not dangerous – as long as you let them carry on undisturbed. However, should you be tempted to confront them, stand in their way, or refuse to let yourself be harassed, you are no longer safe.

Movement members in Sweden and Finland have repeatedly ended up in fights with the police and civilians during their public appearances. The NRM actively seeks out such violent situations, which attract attention and foster internal group cohesion.

Violent confrontation is also something the activists train for regularly, for example in the form of single combat, where the winner is whoever is able to strike a deadly blow with a replica knife. But this is not just a game. In Finland, one individual who expressed opposition to the NRM was brutally assaulted, and died a week later of complications that, to all appearances, resulted from the attack.

Furthermore, the NRM does not rule out using more offensive and deadly violence in the future, if that should be deemed relevant and necessary. Although the group currently maintains that it only uses violence in self-defence, it makes no effort to distance itself from the use of violence in principle. Instead, its members actively speak and write about the race war that in their minds is inevitable.

What should we (not) do?

Finland banned the Nordic Resistance Movement  last year. The sentence emphasised the movement’s hateful and violent rhetoric. We are fundamentally sceptical about banning political organisations on the basis of their politics, as long as they operate within in the law.

A ban against the NRM will not make its members disappear, but will possibly mean that they become less visible.

Could a ban also lead to more violence? This we do not know. Yet it is worth noting that Germany, the country that has gone furthest in banning extreme right groups, is home to Europe’s most active and violent extreme right underground movement.

Being a self-proclaimed victim is an essential part of the resistance movement’s identity, and we should therefore deny them the opportunity to portray themselves as victims. This means we must allow them to carry out their political activities on the same terms as other political organisations. But once the NRM oversteps the boundaries of the rule of law, a determined reaction is needed.

Challenging the state monopoly on violence

Threatening somebody into silence is overstepping such a boundary, even if this is done subtly. An ambiguous threat is not necessarily experienced as any less real, in fact possibly quite the opposite.

In such cases, the police should clearly warn whoever is making the threat, prosecute where possible or take other measures that might discourage threatening behaviour. This could be anything from systematic monitoring and collection of evidence, to other measures which make such behaviour more burdensome for the one who threatens than for the one who is being threatened.

It is also a problematic that the NRM has been able to carry out demonstrations in Sweden, where factions of the group arm themselves with helmets and combat shields used to fight with the police and counter-protestors.

With such equipment, The NRM appears as having their own riot police and thereby challenging the state monopoly on violence. If the authorities allow that to continue, it will send the wrong message to both the movement and to the public.

None of this – violence, subtle threats and public displays of force – is happening randomly, but is part of a carefully planned strategy to constantly push the boundaries of what the NRM is allowed to do.

The Nordic authorities must now decide exactly where these boundaries should be drawn, and make sure that any actions that overstep them lead to tangible consequences.

Tore Bjørgo is professor at the University of Oslo and Director at the Center for Research on Extremism: Extreme Right, Hate Crime and Political Violence (C‑REX). He is also Adjunct Professor at the Norwegian Police University College (PHS).

Jacob Aasland Ravndal is a postdoctoral fellow with the Center for Research on Extremism (C-REX) at the University of Oslo.