Orbán’s Hungary is not the future of Europe: it represents a dying past

It is a country with an ageing and ever decreasing population, turned in on itself, scared of everything outside, and increasingly inside, its borders, writes Cas Mudde. 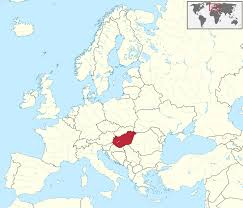 On Sunday Hungarians went to the polls to elect a new parliament. At stake was the fate of the prime minister, Viktor Orbán, whom international media love to describe in dramatic, but ultimately euphemistic, terms such as “Europe’s bad boy” or “Europe’s flame thrower”. Based on the near-final results, Orbán’s Fidesz-KDNP “coalition” won a staggering 48.9% of the vote, up by 4%, and a new constitutional majority of 134 seats.

They were followed, at a considerable distance, by the Movement for a Better Hungary (Jobbik), the notorious far-right party that had campaigned on a relatively moderate anti-Fidesz-corruption platform, with 19.3% and 25 seats – a loss of almost 1%, but a gain of two seats. The centrist coalition vote was split over three parties this time.

The Hungarian Socialist party–Dialogue for Hungary (MSZP) coalition got 12.25% and 20 seats, whereas the Democratic Coalition (DK) got 5.54% and nine seats. In 2014, the two had contested together under the misnomer “Unity” and had achieved almost 8% and nine seats more. The nominally Green “Politics Can Be Different” (LMP), finally, got 6.9% of the vote and eight seats, a gain of 1.6% and three seats.

Orbán has been in power for eight straight years, during which he first transformed Hungary from a troubled liberal democracy into an illiberal kleptocracy, before taking on the European status quo, and in particular German chancellor Angela Merkel, on a broad variety of issues, but most notably immigration policies.

He regained power in 2010 with a relatively moderate conservative agenda centered on a vague program of change. He used his two-thirds majority to change the constitution, appoint cronies to each and every new and old political institution, and lay the groundwork for a long-term reign. His electoral engineering paid off in 2014, when his Fidesz-KDNP “coalition” maintained its constitutional majority on the basis of the votes of “Hungarians abroad” – Hungarian speakers in bordering countries, whom Orbán had offered Hungarian citizenship, for which they rewarded him by voting almost unanimously for Fidesz-KDNP.

Since then Orbán has further consolidated his “illiberal state” at home, while becoming the most influential voice of the radical right in Europe abroad. Putting traditional radical right leaders like Marine Le Pen and Geert Wilders in his shadow – both openly support him and Orbán has met several radical right leaders, including Wilders, who has a Hungarian wife – Orbán has adopted all the far-right conspiracy theories and has build his campaign and regime on them. 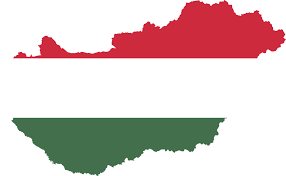 Over the past years the Orbán government has paid tens of millions of dollars for nativist campaigns against immigrants, including a failed referendum, as well as the European Union. Barring a few remaining outlets, the Hungarian media has been made into a propaganda machine of the regime, bombarding the citizens with terrifying stories about (Muslim) immigrants, while staying silent on the massive corruption scandals surrounding the Orbán kleptocracy.

Polls had consistently shown that this was successful and they turned out to have been largely accurate. Many in the opposition had believed that if turnout was high, Fidesz would be vulnerable, and some delusional opposition leaders even openly spoke of forming a government. But while turnout was indeed high across the country, the highest in this century, it was up both in the pro-government countryside and in the pro-opposition capital. The net effect seems to have been marginal or possibly even strengthening Fidesz.

Hungary has an electoral system with the highest disproportionality in terms of translating votes into seats of all the EU member states – a well-engineered outcome from the previous election reform, but there is no denying that Orbán is by far the most popular politician in the country. Similarly, while the OSCE published a “damning verdict” on the elections, which might have been “free” but were certainly not “fair”, the opposition was mainly defeated by its own incompetence. The price that they, and their supporters, will continue to pay for this could become even higher.

In his last campaign speech, Orbán explained to his supporters what was at stake: “For us Hungary comes first; for them George Soros and the power he offers comes first. Because for power and money they are capable of anything.” In a previous Facebook post, he had already warned that “we must stop any organization that promotes illegal migration for ideological or other reasons that have no democratic mandate”.

On election night, the secretary of state for public diplomacy and relations, Zoltán Kovács, made clear that this was not just election talk. Quite ominously, he told the website Index.hu that “the loopholes still present in the legal system which allow unauthorized organizations to rummage around, so to speak, in the doings of political life, in political decision-making, need to be closed.”

Despite the Orbán government’s obsessive nativist rhetoric about saving the Hungarian nation, Hungary has the second-worst negative population growth in the EU. The country has a net loss of one person every 16 minutes. While this sharp decline of the Hungarian population predates Orbán’s rule, his government policies to boost the native population by financially rewarding (large) families have not made a dent in the national decline.

In fact, the situation is worse today than it was when he took over in 2010. And the net figures hide an even bigger tragedy, the extraordinary brain drain of highly educated, younger people, who move to the west. His re-election will undoubtedly lead to a new exodus and will strengthen the opinion of many previous expats that there is nothing to return to. This is Hungary’s lost generation, which will haunt the country even after Fidesz is finally ousted.

In short, Orbán’s Hungary is not the future of Europe, it is its declining, nationalist past. It is a country with an ageing and ever decreasing population, turned in on itself, scared of everything outside, and increasingly inside, its borders. Ironically, it mainly survives because of the very future it rejects, ie subsidies by the much-maligned European Union.