Is framing Islam as a ‘bad religion’ inevitable? 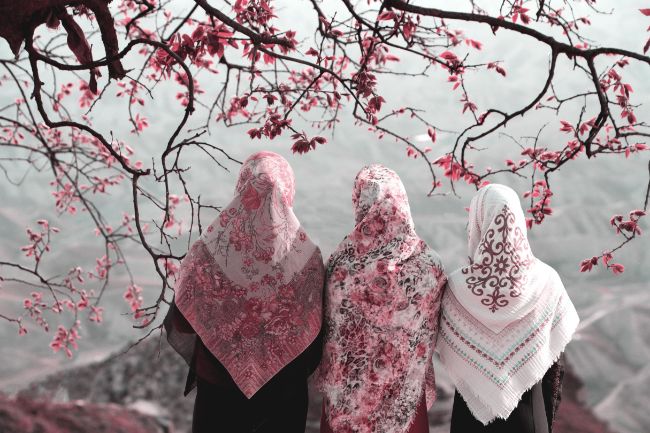 Islam and Muslims are often portrayed as ‘bad’ in Scandinavian media and public debates and not in a ‘bad ass’ kind of way. When polled Scandinavian populations link conflict and contentious issues to Islam, more than they do to Christianity, Judaism, Hinduism, Buddhism or any other religion. Framing religions as good or bad is a common practice in both every day conversations and in public debates. I have been part of a research project that sought to delve into these connectivities by looking into just how various social actors in Scandinavian classrooms, social media, public service media, local news, and interreligious dialogue initiatives engage with mediatized conflicts about religion. 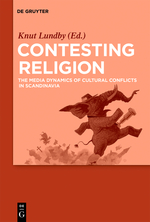 Here, I will not do justice to the entire project, but fret not - there is a book out, it’s called Contesting Religion and it’s open access.

What I will do here, is focus on how the negative framing of Islam is dealt with in practice in some of the contexts we studied.

One point I need to make here is that all across the contexts studied, it seems close to impossible to circumvent a simplistic divide between good and bad religion. It may come as no surprise that with this comes a hierarchy of religions, where some religions are envisioned as inherently better than others. Take a deep breath and then take a wild guess about which religions are deemed good and bad.

Not only do teachers, journalists, local initiators of inter-religious dialogue, and users of social media often equate good religion with Christianity, but they often associate bad religion with Islam. The constant flow of media stories that present Islam as a ‘bad religion’ to be associated with controversy, violence, oppression, war or terrorism form the backdrop for the way that Islam is perceived in other contexts as well. We find that even when for instance teachers or media producers make a strong effort to avoid framing Islam as bad, they run a high risk of doing so nonetheless. The draw to conflict as an attention grabber is part of the explanation. Contention is a form of entertainment. But, even contention is not distributed evenly. For instance, Buddhist monks who participate in armed battles rarely make the cut. Islam as bad sells. Buddhists as peaceful sells. Let’s not disturb the prescribed balance of attention grabbing.

The few attempts at going up against this prescribed order are not always successful. For instance, there was a Swedish attempt (though not entirely successful) at ditching the whole bad religion and conflict as entertainment angle, and creating a very balanced, chatty, public service radio program about religion and belief. Sadly, it was perceived as a bit too balanced (aka boring) and was not able to draw in that many listeners. Yes, too balanced is a thing.

While the previous paragraphs reflect most of the case studies very well, they do not represent the entire picture. In my online ethnography of a Facebook group with over 100 000 likes - in which religion is a hot potato and due to the sheer magnitude of the group - views on religion as good or bad vary considerably. That is to say while also here, a considerable amount of effort and affect is directed at framing Islam as bad, i.e. as an undemocratic, violent, oppressive, and regressive religion, there are other things going on in this space too. Islam is not only framed as bad, but also as ‘the worst’ by many of the active debaters in this space who see Islam as a threat to their own existence as Christian or Norwegian. But, precisely because this Facebook group is huge, it is also multivocal and draws in participants ranging from conservative Christians to ardent atheists. This means the definition of ‘bad religion’ may vary a great deal.

For instance, while nationalists may profess their undying love for Christianity as ‘a good religion’. This ‘goodness’ is bestowed on Christianity not because nationalists seem themselves as Christians, but because they view Christianity as ‘Norwegian’. Likewise, nationalists may frame Islam as bad, or as ‘a virus that infects Norway’. ‘The vaccination’ is to keep Muslims at bay. In contrast, the ardent atheists see religion as bad by default and even if they may use the generic term ‘religion’ – it is obvious from the examples they cite that their wrath is actually directed at Christianity and conservative Christians.

There is also an internal struggle among Christians in the Facebook group, about whether it is safe to assume that Christianity is by default a ‘good religion’ irrespective of what people who identify as Christians feed into it. More specifically, some Christians oppose the strain of Christianity that wields itself as a nationalistic project of belonging and promotes a xenophobic and/or Islamophobic reading of the world. Whether or not this form of Christianity is framed as good or bad, depends on the eye of the beholder. What is universally agreed upon however is that Islam is often framed as a bad religion. Still, the question of whether the negative framing itself - is good or bad - is up for discussion.

Dealing with the elephant in the room

Our study has solicited a surprisingly high number of elephants. More specifically, a range of social actors mention that they need to deal with the elephant in the room, namely the fact that Islam often is framed as a bad religion. They state that they must address the fact that the negative framing of Islam forms the backdrop of their discussion of religion. This act of confrontation will lead to different results based on whether they believe the bad religion frame to be true or whether they engage with it in a more critical fashion. As previously mentioned, many (but not all) of the debaters in the Facebook group I studied see Islam as a bad religion, that needs to be called out.  Yet, for many of the other social actors in our case studies commendable attempts are being made to overcome this narrative.

Highs school teachers, producers of public service programmes, journalists, students, inter-religious dialogue participants, and online debaters, are often not only aware of the tendency to frame Islam as bad religion, but they make multiple attempts to discuss and deconstruct the framing process. In this sense, many of the social actors in our study exhibit an awareness and reflexivity about their own role and the possibility of reproducing negative frames about Islam. In fact, many of the social actors try to produce counter-narratives that offer more nuanced narratives and put Muslims and Islam in a better light.

Put somewhat tersely, a number of the counter-narratives entail negating the original narrative and may go something like this: Not all Muslims are terrorists. While certainly making a most valid point, statements of this sort, simultaneously serve to give the impression that most or at least -  many Muslims are in fact the t-word.  This may lead to what some scholars have called ‘the banal securitization of Islam’ where Muslims are considered a security threat when doing the most mundane of things like brushing their teeth.

In the Danish public service media, we see attempts to circumvent the good vs. bad religion divide and in particular the framing of Islam as a ‘bad religion’ by bypassing the question of religion all together. The attempt is to take religion out of focus, and instead talk about other equally important aspects of life or worldviews. Does this really resolve the bad religion issue? It would seem that the no religion frame still relates to the bad religion frame, for by framing someone as having no religion – the implication is nonetheless that they are acceptable because they are not proponents of ‘bad religion’.

This Blog post was first published in Religion going Public