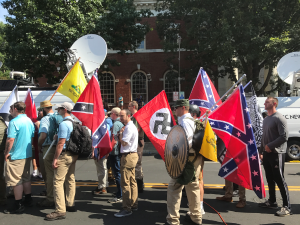 Unite the Right Rally in Charlottesville

Even left-leaning commentators frequently assert their support for the rights of neo-Nazis to march, to advocate the annihilation of “inferior races,” and to spread their ideology online. It has become a badge of honor to support, in the words of Supreme Court Justice Oliver Wendell Holmes, “freedom for the thought that we hate.”

Many Europeans find this perspective incomprehensible. They are more apt to argue that values such as human dignity and social cohesion are of comparable importance to freedom of expression. It is not acceptable in most European jurisdictions to stir up racial hatred by saying, for example, that a group is a cancer that needs to be cut out of society, or that it is a source of evil plotting a conspiracy against the country.

Given the American system, however, it was completely legal for a group of neo-Nazis to march through Charlottesville, Virginia, chanting slogans such as “Jews will not replace us” and waving swastika-adorned flags. According to the Supreme Court, public assembly and speech cannot be restricted based on the viewpoint of the participants. Speech can only be banned if it constitutes a “true threat”—such as planting a burning cross on the lawn of an African American—or if it incites sympathizers to immediate violence—such as whipping up supporters into a frenzy and then directing them to attack onlookers.

Yet even in the context of prevailing American law and norms, the events of Charlottesville contained two distinctive elements that have fundamentally challenged the American approach to dealing with racist expression and Assembly.

First, some marchers were armed. The Second Amendment of the U.S. Constitution states: “A well regulated militia, being necessary to the security of a free state, the right of the people to keep and bear arms, shall not be infringed.” The Supreme Court has interpreted this as supporting the right for citizens to carry weapons, including loaded ones, openly. While it is not common for most Americans to bear arms on the streets, neither is it necessarily illegal for them to do so. Regulations on “open carry” of weapons are imposed by individual states, and most states allow hand guns and rifles in public.

The confluence of the Supreme Court’s interpretation of the First Amendment protection for racist marches and the loose regulation of the Second Amendment right to carry weapons has created a new set of circumstances. The American Civil Liberties Union famously backed the right of neo-Nazis to march in Skokie, Illinois in the 1970s, and it was involved in court cases that enabled the Charlottesville march. But in the wake of the events, the ACLU stated that it would no longer offer legal support to groups that insisted on bringing weapons.

Government leaders may eventually ban protesters from carrying guns. There are precedents for limiting open carry in locations such as schools, state-owned businesses, public transportation, and densely populated urban areas. But these issues will be subject to decisions by state lawmakers who are likely to be influenced by the powerful National Rifle Association, an ardent and politically effective advocate against almost any form of gun control. Or, rules surrounding open carry by marchers may be determined by a judiciary that has been highly sympathetic to gun owners.

The “expressive power” of the state 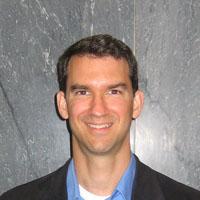 The second novel development after Charlottesville involves what political theorist Corey Brettschneider calls the “expressive power” of the state. While the United States has protected racist speech from judicial repression, its leaders have commonly denounced racism in categorical terms. The law must be viewpoint neutral with respect to citizen speakers, but there is no requirement that governmental leaders be neutral. They have typically planted their flag on the side of human dignity, equality, and social cohesion, and in opposition to overt racism.

President Trump did not follow this precedent. Instead, he insisted that the events of Charlottesville involved two morally equivalent sides, each of which shouldered “blame” for the violence. He also asserted that there were “very fine people” among the far right protesters. These were predominantly white supremacists and white nationalists, one of whom rammed a car into a group of pedestrians, killing 32-year old counter-protester Heather Heyer.

Instead of counter-balancing the drawbacks of an American system that protects racist speech at the expense of other key values, President Trump put a rhetorical thumb on the scale in favor of the racists. This was denounced by many political leaders on the right as well as on the left; but counter-protesters in future clashes may feel that peaceful resistance to racists is insufficient. If the United States becomes a country where racists can march with the open support of the President, some may feel that stronger methods of opposition are required.

The American formula of the past 50 years—allow racists to march and speak, because American leaders and American society will mobilize to stand up for human dignity and equality outside of the legal sphere—has been put to the test. The introduction of armed marchers and of sympathy for racists from the highest echelons of the United States government has added significantly to the turbulence that is roiling contemporary American society. After Charlottesville, Americans are questioning how their country can balance its core values in this new legal, political, and social environment.

This Op-ed is originally publised in The Conversation, October 2017