The Whole and the Parts 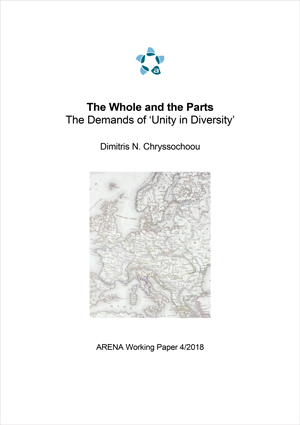 How does the current state of union accommodate the concurrent demands for ‘unity in diversity’? What of its ambivalent claims to ‘demos-formation’? What kind of theorising can grasp the larger picture in the late 2010s? In tackling these questions, the paper revisits the concept of ‘organised synarchy’, draws from republican political theory and argues that Europe has preserved a balance between unity and plurality through an advanced system of codetermination reflective of a general view of the whole: an evolutionary state of ordered symbiosis among codetermined units which is not about their subordination to a superior centre, but rather about their preservation as distinctive but constituent units: distinctive, in retaining their constitutional qualities; constituent, in reaching higher levels of shared rule. It is about a common association which retains its character as an ordered plurality.