Citizens' deliberation, is an important part of democratising European politics. How do Europeans make up their minds in debating issues of common concern? Do their attitudes and voting behaviour change when they are exposed to thorough and balanced information? This is what the EuroPolis-project studies through a carefully designed social experiment. 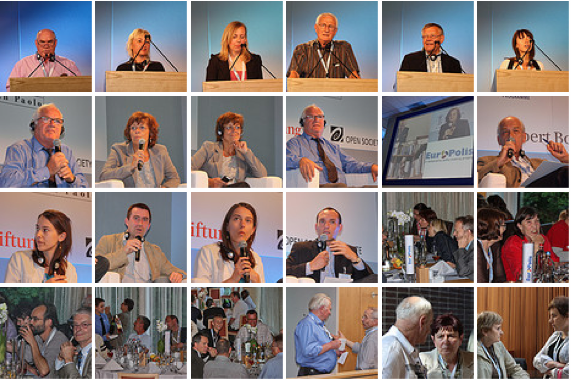 The project tests the viability of citizen deliberation in the multi-lingual and transnational setting of the European Union. As such, it addresses the issue of the democratic deficit in Europe, with particular reference to the 2009 European parliamentary elections.

EuroPolis is a carefully designed experiment that assesses how political and social attitudes toward EU issues change as a result of exposure to information. The project investigates the implications of deliberation for political participation and voter turnout through rigorous observation and evaluation of how citizens’ knowledge, attitudes, and behaviour are modified by exposure to thorough and balanced policy information and participation in thoughtful deliberation during electoral periods. It gives citizens of different nationalities the chance to confront one another, policy experts, and political leaders at the European level.

EuroPolis is a project run by an international team of European universities and led by the Compagnia di San Paolo. Arena contributes to the work package on EuroPolis’ theoretical framework, focusing on a review of the literature and theoretical reflections on the EU’s democratic deficit and deliberative democratic theory. Arena’s team also participated as scientific observers of the deliberative event that took place in May 2009.

The funding of the project has been made possible by the European Commission under the 7th Framework Programme, Compagnia di San Paolo (Italy), King Baudouin Foundation (Belgium), Bosch-Stiftung Foundation (Germany), the Open Society Institute (Switzerland).

The EuroPolis project employs the Deliberative Polling® method, an approach invented by Professor James Fishkin at Stanford University that attempts to put into practice the principle that democratic legitimacy rests on informed opinion, open deliberation, and equal participation of citizens.

University of Siena
CIRCaP – Centre for the Study of Political Change
via A. Mattioli 10
I-53100 Siena, Italy
europolis@unisi.it