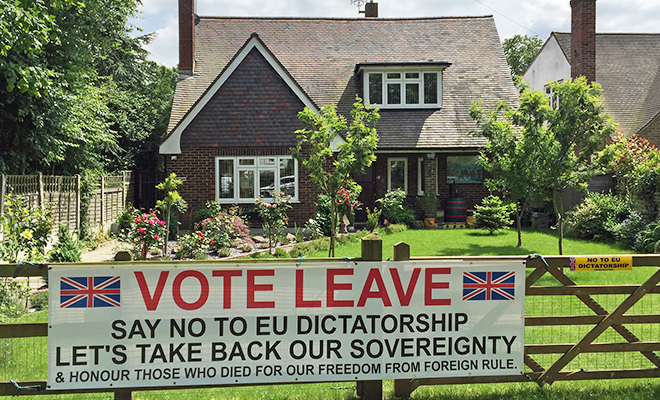 European integration was long seen as unproblematic. Then Brexit came as a shock. The financial crisis was another shock, not to mention what is happening in the US with Trump, said Johan P. Olsen.

‘We have to realise that the post-war era has been exceptional. For one thing, the western world has experienced economic growth almost continuously,’ said Johan P. Olsen, Professor Emeritus at ARENA Centre for European studies. ‘Many questions that we took for granted are now opening up again.’ We have a western model of democracy that we have tried to sell to the rest of the world. But now, the whole array of liberal, social democratic ideas are under pressure. This opens an opportunity to reconsider some fundamental social issues.

Olsen, who is also the founder of ARENA, claimed that the pressing situation allows us to reconsider both the nation state and the European Union. He has just published the book Democratic Accountability, Political Order, and Change, and holds the plenary lecture about these issues at the large political science conference in Oslo in September: The ECPR General Conference.

Government for and by the people

The insecurity that followed the UK’s decision to leave the EU leads to a debate not only about the distribution of power between levels of government – for instance between the EU and the member states – but also across institutions. How much power should the Parliament, the government and the courts have? What about the market and civil society, or central banks and other experts?

‘You get the two debates at the same time, and it seems like we don’t have systems that are able to deal with that,’ Olsen said.

So Europe is changing rapidly. But what caused the change? Can the development be traced back to the EU’s inception, or is it a more recent phenomenon?

‘You’ll need to follow me on a little argument here,’ warned Olsen. ‘The EU built its legitimacy on performance. That is government for the people rather than government by the people. This makes the EU very vulnerable if it does not perform. In a country such as Norway, on the other hand, we have a different mix of government for and by the people.’

‘Democracy legitimates itself both through results and through process . And the EU is a clear case of emphasizing results more than process.’

A long period of nation building has given Norway strong socialization mechanisms. All art and culture were onboard in the nation-building process. In addition, the nation state had military, schools and the church – institutions that the EU has lacked, and which are undoubtedly important institutions when building a national identity. Therefore, the attempt to build a European culture has not been very successful.

‘Democracy legitimates itself both through results and through process. And the EU is a clear case of emphasizing results more than process,’ Olsen said.

The lack of a common European identity has not been a problem as long as the EU has delivered the goods and given its citizens what they want. In hard times, though, it makes the EU less robust than a nation-state like Norway.

When Europe is changing, we need a new way to think, also theoretically, according to Olsen. Therefore, he argues in his book that the dominant theoretical approach to democracy needs to be revised.

Much of the thinking within political science has taken institutions for granted and studied policy-making within a fixed framework. Olsen claims that this approach is simple and works well in periods with stable institutions. But in today’s Europe, everything is subject to debate. This means that the model must be supplemented by other perspectives.

‘An approach that assumes that institutions are fixed will not pick up what is happening in unstable periods,’ Olsen said. ‘And the discussions in Europe today are precisely about institutions: Who should have authority, power, and accountability.’

Olsen argues that political science should take back the study of political order – the institutional framework. Political science is not only about making simple models in order to study policy-making. Researchers should also grapple with the fundamental questions, Olsen said.

‘An approach that assumes that institutions are fixed will not pick up what is happening in unstable periods.’

This might be a recurring theme in Olsen’s writings. Social scientists often see it as their task to simplify, but Olsen has never been afraid of complexity. He warns against models that oversimplify reality by making a range of assumptions. ‘You always have to make assumptions, but be aware of under what circumstances you make which assumptions,’ Olsen maintained.

For the same reason, he finds that uncompromising debates between different political science methods or theories miss the point. According to Olsen, researchers should first ask themselves: What’s worth knowing something about? And then: How do I go about to find out about it? Researchers should be able to use the entire toolbox. ‘It’s meaningless to discuss whether a saw or a hammer is the better tool. It all depends on the job you are about to do,’ he said.

Democracy is a willingness to compromise

How, then, can political science help to manoeuvre a Europe in rough waters?

‘Politics is about making sure that we have enough in common to be able to speak with each other. It’s not acceptable to reduce difference. The question is rather: How can we live with difference,’ Olsen said.

He points out that politics affects us all: ‘How should we live together – in the family or in the neighbourhood? We need some rules, some common ground, in order to live together peacefully – and these rules must necessarily develop with time.’

‘Democracy is a willingness to compromise. It’s a willingness to find what is tolerable, rather than finding an ideal society. Politics must be created in a space where the participants have enough in common to talk about what is possible, what is necessary, and what is desirable,’ Olsen said and concluded, ‘we humans are tied together in society by a pact, rather than a contract. Our belonging in society goes deeper than whatever utility society has to us.’