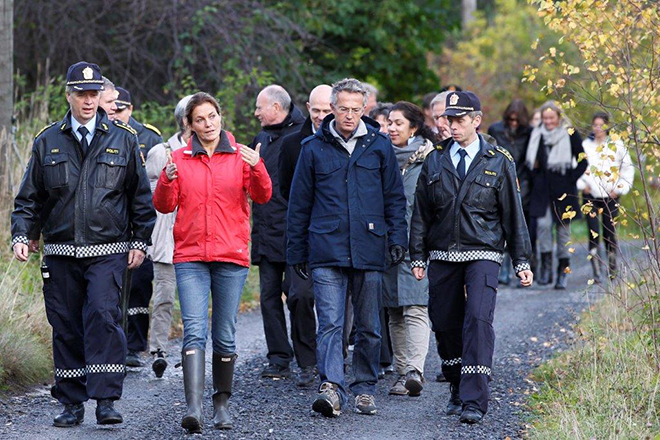 This is one of the questions Cathrine Holst and Eva Krick at ARENA Centre for European Studies have tried to answer in their study of public inquiry commissions in Norway and Germany. Krick, a postdoctoral fellow and an expert on German commissions, has examined the Nuclear Waste Commission in Germany that was to agree on criteria for selecting a final storage site for highly nuclear waste. Holst, a professor of sociology, has done a study of the 22 July Commission in Norway. The Commission was established in the wake of the terrorist attacks in Norway in 2011 to scrutinise the events, examine what went wrong, and recommend measures to improve Norway's emergency preparedness. Although the topics of the two committees were very different, they both addressed sensitive issues of great national importance.

– We evaluated these committees because they in different ways illustrate the tradeoff between democratic representation on the one hand and independence, consensus and the level of expertise on the other. We wanted to examine whether there were conflicts between such concerns, Holst said.

In consensus democracies like Norway and Germany, public inquiry commissions play a vital role in gathering expertise and information, building societal consensus and guiding decision-makers. Traditionally, the Official Norwegian Reports (NOUs) have consisted of a mix of researchers, bureaucrats and different civil society groups. Commissions should have both a high degree of competence and be prepared to reach an agreement.

The German Nuclear Waste Commission illustrates several dilemmas. The issue of nuclear waste has for a long time been sensitive, politicised, and contested.

– The appointing authorities tried to do everything right, institutionally speaking, especially through the attempt to include as many viewpoints as possible in the commission. Both academics, interest groups and political parties were represented at the negotiating table. In addition, ordinary citizens were encouraged to provide input in many channels. The meetings were open - you simply needed to register in advance in order to participate as an observer. The Committee meetings were streamed and people could comment online, Krick explained. In addition, several participatory conferences were held that fostered debate on the issue amongst the interested public.

The inclusiveness reflected a desire to secure the highest possible degree of trust, and thereby legitimacy, in the population. In this way, the committee was able to avoid being labelled as a panel of technocrats out of touch with the people.

– What happens when an advisory committee is open and transparent, and everything they do gets publicised?

On the other hand, it proved to be very challenging to agree on one common analysis, Krick said. The committee did not reach consensus. Out of the 16 voting members, 15 voted yes - and one voted no. The single negative vote represented Germany's largest environmental protection organisation. The commission also failed to reach the most critical civil society actors, the anti-nuclear movement, Krick explains, and the participatory conferences were often dominated by interest groups, not by the ‘ordinary citizens’ that were meant to be addressed.

– Traditionally, people have assumed that decision-making works best behind closed doors, Krick said. – The question is: what happens when an advisory committee is open and transparent? Are they then really capable of negotiating and reach conclusions? There can be a tradeoff between democratic representation and the ability to make collective decisions.

It may be difficult to reach consensus when negotiations are public and everything happens in the open, Holst pointed out.

– Generally, representatives of interest groups are the most eager to dissent in NOUs. They have expectations from their camps that they are expected to defend. The more open the negotiations, the more they have to think about what they say and what looks fortunate, which in turn lowers their threshold for dissenting. Otherwise, they might lose face with the ones they are representing, Holst said.

The 22 July Commission in Norway did, on the contrary, manage to reach consensus. Moreover, the Committee members had a high degree of relevant expertise. But when it came to representation, openness and the inclusion of affected parties, this Commission did worse than the German case in Holst and Krick's analysis.

In public enquiry commissions, even in sensitive conflicts, affected parties are normally represented and able to speak on behalf of their group. This was not the case in the 22 July Commission. For instance, police and rescue service unions, central ministries, and civil society representatives were not present at the table. Instead, the committee consisted mainly of researchers and public and private sector leaders. This has to be seen in light of the exceptional circumstances after 22 July, Holst points out.

– They probably assumed that the testimonial of what happened on 22 July wouldn't be independent and critical enough if the responsible ministries and unions were present at the negotiations. It was important that the commission couldn't be suspected of glossing over the truth and hiding weaknesses. There was a need for a common understanding. The 22 July Commission had to appear irreproachable and above politics.

The 22 July Commission's report contained fierce criticism of the culture, organisation and leadership in Norwegian police and public administration. The report has been described as a very significant document in Norway. It has been met with recognition and approval both in the media and among politicians.

– The 22 July Commission had to appear irreproachable and above politics.

Some criticism did come up in the hearings, for instance about the evaluation of the emergency grid and the commission's proposal for changing weapons regulations. Some ministries and directorates obviously have objections against the portrayal of Norwegian public administration, but these are relatively minor protests, according to Holst. Moreover, some civil society organisations criticised that the commission did not thoroughly analyse the deeper causes of radicalisation and terrorism. But there seems to have been agreement on the main lines. If the goal was to obtain agreement and close the case, the strategy and makeup of the commission has worked well - at least so far, Holst said.

– A committee is expected to fulfil many roles at once, but it turns out that if you want to be good at one thing, you will easily get worse at another. If for instance the police union, a responsible ministry or a critical civil society organisation were represented in the commission, you would probably get another report, Holst said.

The main difference between the two committees is the degree of transparency and representation. This research raises the issue of whether expert-heavy commissions work best if the goal is consensus on sensitive, politicized issues. According to Holst, pure expert commissions are getting increasingly common. The pros and cons of such an approach will vary from case to case.

– Those who appoint committees should be very conscious about democratic legitimacy, Holst said.

Commissions are established both for instrumental and symbolic reasons, Krick said. They can build consensus and a common national understanding, and give guidance and advice. They can also be an arena for public-private partnerships. In symbolic and strategic terms, committees are a way to show resolution or to legitimise public policies.

– In the extraordinary situation that was 22 July, when a lot was at stake, it was very important that both the legal principles and institutions worked as normal, without biases. In that sense, the Commission became a form of technocratic conciliation. Of course, it couldn't be the only form of reconciliation and coping, but it played an important role, Holst said.

– Formally, committees only have an advisory capacity. But in practice, they can have a fairly strong influence.

Even if the German committee failed to reach full agreement, it is important to emphasise that it enjoyed broad public trust and was seen as a form of democratic conflict resolution, Krick pointed out. It was especially important that the Green Party in Germany, which had been the most passionate about the issue, was represented on the committee and supported the committee’s conclusion. Even if it did not meet all of its own goals, the committee set a new standard for public participation, Krick maintained.

– To what extent do such committees put authorities under pressure?

– Formally, committees only have an advisory capacity. But in practice, they can have a fairly strong influence by exerting pressure on the authorities to respond with specific measures. This is especially the case when committees are highly visible and enjoy strong trust in the population. In cases of strong influence, we have good reason to go over these committees with a fine-toothed comb and evaluate their democratic makeup and degree of expertise, Krick said.

Transparency does not equal openness

In Germany, particularly on risk-prone and contested issues, it has become more and more common to include the general public into policy debates at an early state through participatory formats such as face-to-face consensus conferences or online tools. An important lesson learned from the German  Nuclear Waste Commission is that broad accessibility and transparency of information does not necessarily mean more openness and inclusiveness, Krick said.

– The massive amount of information can lead to certain topics being obscured from view. When there is so much information available, it is difficult to separate what is important from what is less important, added Krick, and of course, committee members discuss the most contested issues confidentially first.

While the German committee involved the people through deliberative fora and discussions online, the 22 July Commission gathered information through more traditional surveys. Thus, the 22 July Commission got a clearer result that was easier to interpret. In the German case, on the other hand, it was very challenging to channel and communicate all public input to the committee and for the committee members to translate these manifold, non-aggregated voices into political decisions. Krick therefore suggests that there are also good reasons for traditional ways of public participation.

Holst argues that the 22 July Commission has done solid work.

– It delivered what it was supposed to in an extraordinary situation under pressure. This was a big achievement.