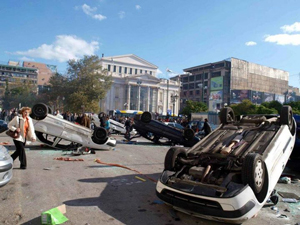 In his new book, entitled The Normativity of the European Union (Palgrave, 2014), Eriksen explores the conditions for European integration with a view to the Eurozone crisis. ‘What keeps the EU ticking in the midst of the crises, conflicts and disappointments we witness every day?’ he asks.

With a primary concern for the EU’s democratic credentials, Eriksen reconstructs the integration process. ‘I want to investigate why there is an expectation that the EU should be democratic’, he explains. He also presents a critical investigation of the EU’s responses to the Eurozone crisis and detects the missing link in today’s Europe, namely solidarity.

Eriksen refers to certain ‘lock-in mechanisms’ as keys to explaining integration. Mandatory cooperation on coal and steel in the 1950s was the first such lock-in function to be installed. Today, the euro performs another one for the current Eurozone. These mechanisms have formed the integration project into a ‘community of risk and risk management’.

‘All are put in the same boat, and defection would affect all adversely’, Eriksen says. ‘The countries cannot opt out of the euro and simply re-introduce their national currencies. This would be in breach with EU law and would also have far-reaching effects for the whole order of Europe’.

We thus observe a ‘one for all and all for one’ effect. ‘In practice, a principle of solidarity has ben institutionalised behind the citizens’ back’, Eriksen remarks.

But Eriksen finds solidarity to be the missing link in today’s Europe. Social solidarity tends to stop at national borders.

As long as the integration project could be portrayed as advantageous for everyone, solidarity did not seem crucial. But this is definitively gone with the Eurozone crisis, Eriksen explains. He is worried about the manner in which European institutions have treated the citizens. Social and political exclusion as well as technocratic rule are results of the crisis.

As long as the integration project could be portrayed as advantageous for everyone, solidarity did not seem crucial. But this is definitively gone with the Eurozone crisis

‘The citizens have been humiliated by how the crisis has been tackled. The EU has been unable to handle debt, raising borrowing costs, unemployment and structural imbalances between the countries.’ And even more worrying, in his view, is the fact that executive dominance has prevailed at the expense of democratic procedures. The very legitimacy of Europe’s political order is being undermined by the crisis responses.

‘The promise of a “democratic dignity-protecting Europe” has been broken’.

‘As some are profiting while others are suffering from the same economic regime, mending the crisis has however become a matter of justice and solidarity. The countries that have made and gained from the monetary union have a moral duty to mend it. This requires leadership, will and competence, and popular mobilisation.’

Nation, class and common memories of heroic pasts are often essential when mobilising collective action, creating a feeling of solidarity. But also shared traumas and misfortunes can sometimes have the same effect, Eriksen asserts.

The crisis could thus lay the foundation for solidarity, based on a common feeling of humiliation. He suggests that the fact that the authorities have disregarded the citizens in their handling of the Eurozone crisis could spark new mobilisation.

Further integration has not only become a moral duty, but also a ‘functional must’

On the other hand, spill-over effects of the crisis make new initiatives for integration necessary. Further integration has not only become a moral duty, as described above, but also a ‘functional must’, Eriksen claims. ‘A fiscal union has turned into a strategy for solving the crisis. This is no longer a utopic idea. Moreover, some signs of a transfer union are already in place, with the European Central Bank as a lender of last resort.’

Further integration could be another source for building solidarity. It could so to say ‘get in through the back door’, through gradual development based on common policies and redistribution at European level.

Democracy as the principle 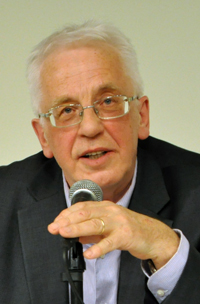 A key concern for Eriksen is the democratic aspects of European integration.

‘Even though post-national democracy is contested, European parliamentary democracy has come to be the EU’s main justificatory principle’, he argues. European citizens have high expectations towards the EU. So how could this be explained?

Parts of the answer to this puzzle are found in the EU’s normativity, reflecting Europe’s common constitutional traditions, he explains. With this concept, Eriksen does not intend the desires, interests and motives behind integration. Rather, it concerns the foundational consensus on what should be done: the ‘musts’ or imperatives of the integration process.

In his view, some values have obtained a quasi-empirical status as requirements. Among the ‘musts’ of the integration process he lists peace, democracy, human rights, impartiality and dignity.

‘Western political culture is founded on democracy, the rule of law and human rights. This implies that certain criteria, such as the separation of powers, responsible government and elections, must apply.’

This compels us to establish what democracy can mean beyond the nation state, Eriksen stresses. To solve the problems of democracy at the European level, he suggests a model of the EU as a non-state government. ‘The EU pursues a modern idea where government is divorced from nationhood. This model defines the EU as a regional subset of a cosmopolitan order’, Eriksen explains. He depicts the EU as a ‘quasi federation of states and citizens united under a common legal framework with a universalistic underpinning’.

The integration process has brought about a number of democratic innovations that this model relies on. Eriksen lists: ‘Constitutional fusion, shared sovereignty, state-less government, parliamentary interweaving, and a layered public sphere, are democratic innovations that constitute some of the functional equivalents to state-based democracy’. A key feature of his model is that sovereignty is conditioned upon the respect of democracy and human rights.

He defends the non-state federation model as the best option for today’s Europe.

‘Other alternatives for making the European order democratic all represent “dead ends”’, he asserts. In the book, he gives reason for this claim by discussing the dominant perspectives on integration and pointing to their deficiencies. 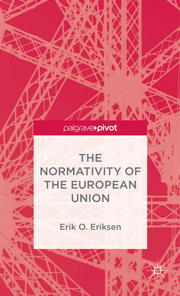