The European Union (EU) is not a state, yet it has developed a foreign policy. How can this be and what characterises this policy? Does it differ from foreign policy as it is conventionally understood, and if so, in what way is it different? And how can it be that the member states are able to agree to common policies despite their often initially diverging interests? These are the questions raised in Marianne Riddervold’s dissertation. 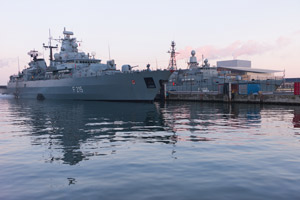 Riddervold seeks to answer two main questions in her dissertation. First, she asks whether there is a normative distinctiveness to EU foreign policy; if the EU is a humanitarian actor. Second, if so, she wonders if such a policy can be understood as a result of deliberative processes; of decision-making processes where arguments are presented and considered legitimate so that they are acted upon.

Riddervold situates her research in the debate on EU distinctiveness. Is the EU a normative or ethical actor? The realist standpoint - that the EU acts as a traditional great power where norms are sidestepped if conflicting with material interests - is put into question. She also questions the often too easy descriptions of the EU as a normative power. Instead, she specifies an alternative framework for studies of foreign policy behaviour, based on communicative action theory.

Two empirical cases of EU foreign policy were examined. The first is on EU policies on the Maritime Labour Convention within the International Labour Organization, the other on Atalanta, the EU’s naval military operation against piracy. These are both critical cases of EU foreign policy, by being cases where the EU has strong material interests but still claims to be promoting human rights.

In order to explain EU policies in the two cases, Riddervold investigates whether normative or other mutually acceptable arguments were used and if these arguments were listened to and acted upon. She also considers alternative explanations, for example, whether normative justifications were simply a matter of rhetorical action. In her analysis, Riddervold’s focus is thus on the arguments used by actors within the EU rather than on the member states’ motives. 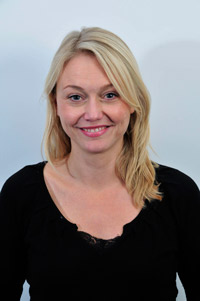 In the end, Riddervold finds that the EU does not act as a traditional great power. She argues that the EU is not only driven by material interests, but also by norms. Instead of acting only in favour of its interests, the EU in both cases acted in line with what one would expect of a humanitarian actor, that is, it promoted human rights through law, even when this involved costs to the EU itself.

In a third article, the aim is to develop analytical tools that can help explain why the EU member states are able to agree to common foreign policies despite their initially diverging material interests. Moreover, why in the cases studied, they agreed to form this particular type of policy.

The article identifies a micro-mechanism called argument-based learning by which norms, and other mutually acceptable arguments, may have an effect on policies. It moreover suggests a two-level approach for how to study the impact of arguments on policy-making outcomes empirically. The framework’s applicability is tested in an in-depth study of EU coordination towards the Maritime Labour Convention.

Marianne Riddervold defends her PhD dissertation: 'A humanitarian common policy through deliberation? On the characteristics of EU foreign policy'

Theme: 'Characterize the comparative advantages of the theory of communicative action in the field of European foreign policy and outline the methodological ramifications of this theory'