Lucy Kinski presents the paper 'Who talks to whom and who doesn't? Using social network models to understand debate networks in the European Parliament' at the ARENA Tuesday seminar on 28 September 2021. 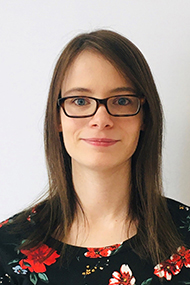 Scholars have always been interested in the parliamentary behavior of members of the European Parliament (MEPs). They have, for example, investigated whether MEPs engage in transnational voting behavior or coalition formation. Studies have also looked at factors at the individual, party and member state level that explain MEPs’ legislative behavior. There has, however, so far been very little research on MEPs’ debate networks in the European Parliament (EP). By referring to each other in their speeches, MEPs form networks that signal policy alliances, connectedness and power relationships and partisan divisions. Studying these debate networks is especially important in times of growing strength of right-wing populist and Eurosceptic parties in the EP. These interactions also reveal power relationships and (in-)equalities underlying EP debates. Therefore, this paper asks: Who refers to whom in European Parliament debates? Which factors are likely to foster or hinder these debate interactions? In answering these questions, we pay special attention to differences between individual MEPs, between parliamentary party groups as well as between member states. The empirical analysis is based on plenary debates in the EP from 2009 to 2012. Using social network models, we find the EP to be quite a ‘normal’ parliament. Parliamentary seniority and leadership positions, ideological leaning as well as features related to their MEPs’ countries of origin matter for both network centrality and reciprocated ties.

Lucy Kinski is Postdoc for European Union Politics at the Salzburg Centre of European Union Studies of the University of Salzburg. She is the author of the book European Representation in EU National Parliaments.