Prof. Agustín José Menéndez from ARENA and the Unversity of León discussed the paper 'From the Social and Democratic Rechtsstaat to the authoritarian and consolidating state of governance: The triple crisis of law in Europe' at the Tuesday Seminar on 3 November. 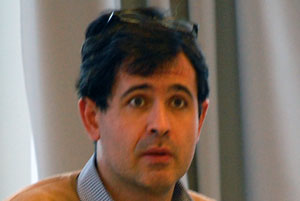 Law has played a triple role in the European crises. Firstly, formal legal arguments (paramountly “the state of emergency”) have been decisive in justifying punctual decisions and structural reforms that have set aside valid supranational and national constitutional law. In that sense, legal arguments have been the assault weapon of choice on the “old” constitutional law. The breach of law has been undertaken through what is claimed to be a "higher" law. Secondly, law can be regarded as the notary of the punctual decisions and the structural reforms through which the crises have been governed. In that sense, law has been a key vehicle of crisis government. Thirdly, an attempt has been made at locking in the socioeconomic vision underpinning crisis government (which radicalises the vision underpinning EMU, especially since the approval of the Stability and Growth Pact in 1997) by means of writing in the constitutional marble a set of new constitutional principles impossible to reconcile with the normative code of the common constitutional law. A new breed of constitutional law has been the means of choice to stabilise the ongoing European constitutional mutation. While all these developments require careful legal reconstruction and analysis, the crisis of European law is much deeper. This is why the paper considers what implications these brave new constitutional law has for both the state form (or what is the same, what is left of the Social and Democratic Rechtsstaat, and what the emerging consolidating state of governance entails) and the political economy of the Eurozone (in particular, the demise of consumption and social welfare socio-economic models and their substitution by export led models relying on the permanent compression of wages).

Agustín José Menéndez is Adjoint Professor at ARENA and Profesor Contratado Doctor Permanente I3 at the University of León, Spain.

He holds a PhD in law from the European University Institute in Florence and an LLM from the European Academy of Legal Theory (Brussels). He has been visiting researcher at the Universidade NOVA de Lisboa and the Centre for Political and Constitutional Studies in Madrid. He was sub-director of the Programme of European Studies of the Instituto Universitario Ortega y Gasset (Madrid).

His main fields of interest include democracy, fundamental rights and legitimacy, the relationship between national and EU law, the constitutional theory of the EU and the EU's social dimension.