Prof. Michael Kaeding from the University of Duisburg-Essen presented the paper 'Representatives of whom? Party group coordinators in the European Parliament' at the ARENA Tuesday Seminar on 22 September 2015. 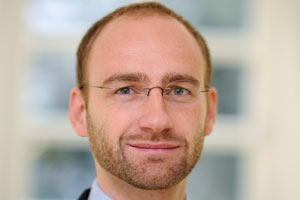 The paper was co-authored with Lukas Obholzer from London School of Economics and Political Science.

Investigating the role of party group coordinators on committees in the European Parliament the paper ties in with previous work on committee and rapporteurship assignment. It focuses on key party political actors in legislative politics. Party group coordinators are the nexus mediating between individual MEPs, national party delegations that citizens voted for, and the European party group. They assign rapporteurships and compile voting instructions along which MEPs vote very cohesively.

Against this backdrop, and in line with partisan theory, the authors expect the party leadership to closely monitor their performance. Drawing on a novel dataset comprising information on coordinators in the four biggest political groups in EP6 (2004-2009) and EP7 (2009-2014), we provide evidence that coordinators are indeed representatives of the leadership. Disloyal coordinators are replaced. Since coordinators are essential checks on rapporteurs and shadows rapporteurs, these findings alleviate concern about possible agency drift in trilogues and committee specialisation in general.

Michael Kaeding is Professor for European Integration and EU Politics at the Department of Political Science, University of Duisburg-Essen.

He holds an ad personam Jean Monnet Chair in 'Understanding EU Decision Making and Member States' Compliance with EU Policies'. Kaeding is also Visiting Fellow at the European Institute of Public Administration (EIPA), Honorary Fellow at the University of Maastricht and a Visiting Professor at the College of Europe in Bruges.